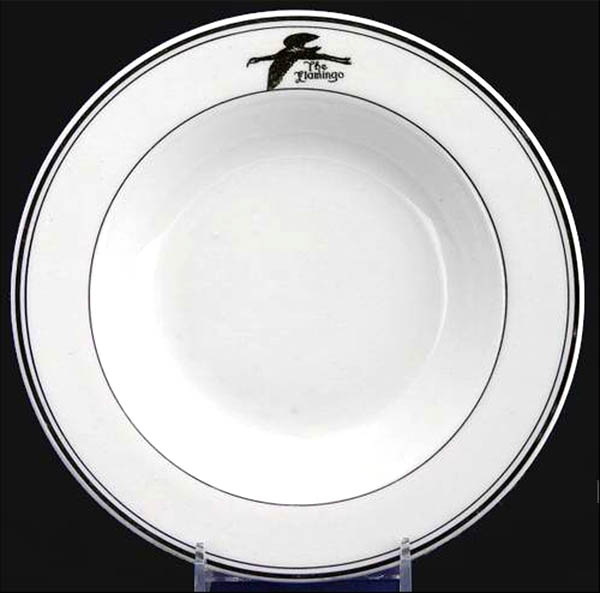 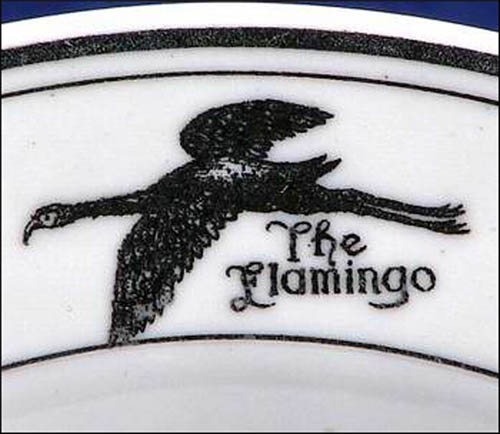 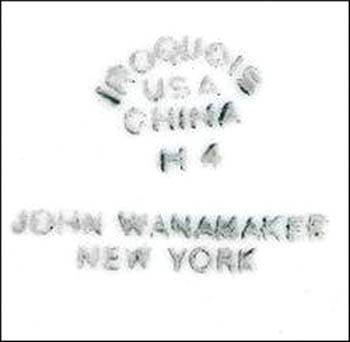 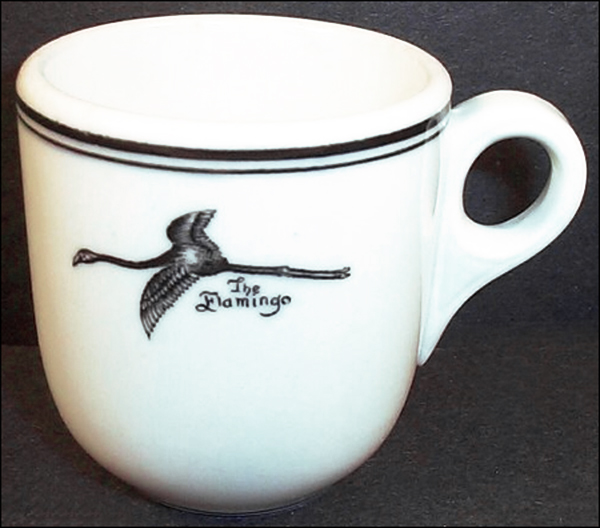 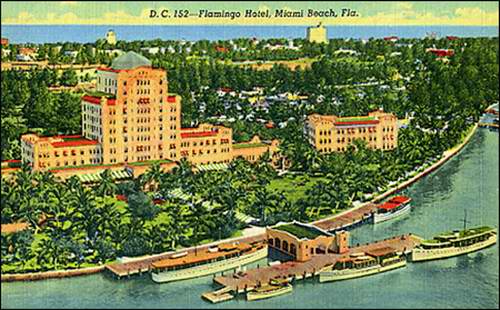 Notes: Located at 1500 Bay Road in Miami Beach, Fla., the 200-room, 10-floor Flamingo Hotel was the second hotel built on the beach by Carl Fisher.

From the Carl Fisher biography, "The Pacesetter": "There were plenty of flamingos to be seen in the paintings and plaster reliefs of Louis Agassiz Fuertes in the lobby of the Flamingo. These became a bone of contention between Carl and Charles S. Krom, who was to manage the hotel for 28 seasons. Krom had come highly recommended and oversaw construction of the 200-room hotel, with luxury cottages on the grounds. Krom wrote Carl that he did not feel murals highlighting flamingos were proper, that he had consulted with decorators and architects and that the planned murals and plaster casts were not in keeping with the architecture of the public rooms. What Carl wanted, Carl got. In a reply on May 29, 1920, Carl told Krom that he wanted the flamingos and that was that.

The new hotel featured one of Carl's favorite architectural features – a tower, this one eleven stories high with a glass dome. At night, multi-colored spotlights shone far out over the sea, visible for seven miles. The hotel had its own docks, a boathouse, laundry, men's club, brokers' office and shops. The only damage to the hotel in the hurricane of 1926 was the glass dome on the roof which was replaced quickly."

John Wanamaker, the prominent New York distributor was on site in November 1920 with Manager Charles Krom to complete the Flamingo's interior design, including its furnishings, carpets and other decorations.

A private party on New Year's Eve, 1920, preceded the formal opening on January 1, 1921. Further additions to the hotel in 1922 and 1923 increased the number of accommodations.

The hotel was torn down after 1956 and replaced with the Morton Towers Complex, now known as the Flamingo South Beach Apartments.

White body with two black rim lines and one black verge line; topmarked with a black flying flamingo with "The Flamingo" below.