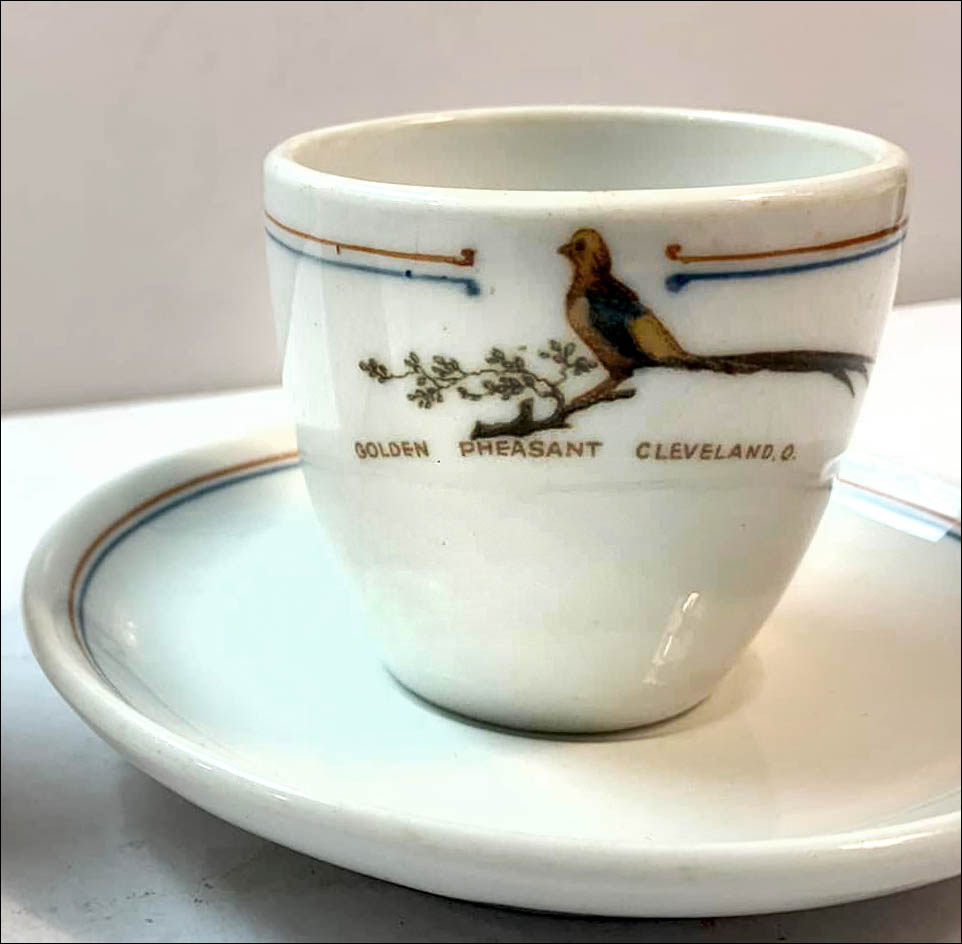 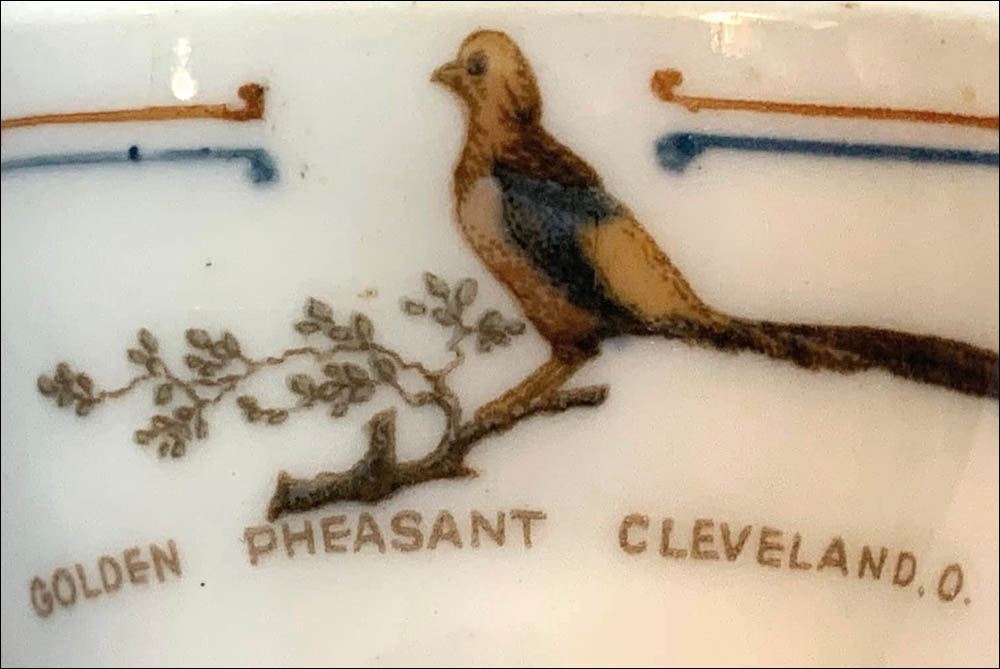 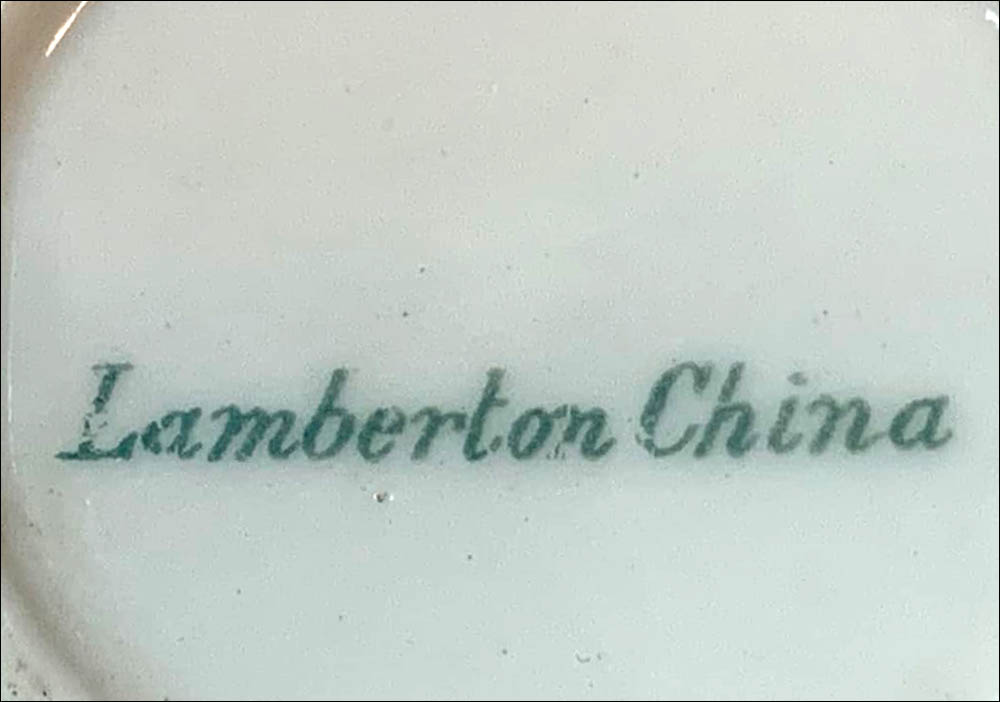 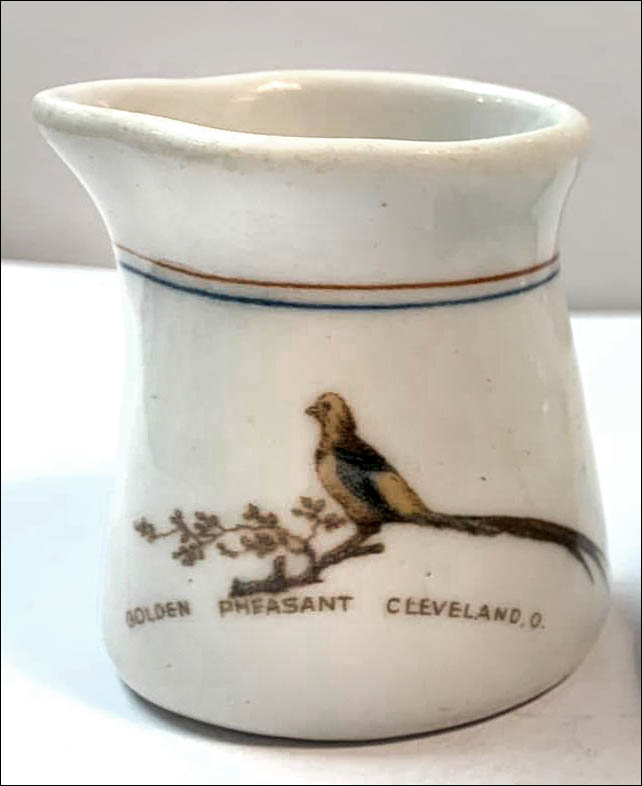 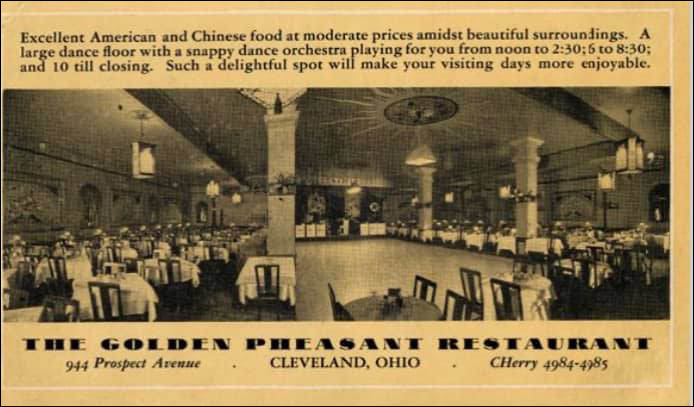 Notes: The Golden Pheasant Restaurant at 944 Prospect Avenue in Cleveland, Ohio, was owned by H. Kingsley Wong. According to its advertisements it offered excellent American and Chinese food at moderate prices in beautiful surroundings. The restaurant contained a large dance floor and orchestra. It is known to have operated during the 1920s, but its closing is not known. Google Maps shows that its former address on Prospect Avenue is now an entrance to a parking garage.

Maddock Pottery produced a service on Lamberton China that has a drawing of a golden pheasant sitting on a thin tree branch under which are the words "Golden Pheasant Cleveland, O." There are two thin lines, the upper one either a red or burnt orange and the lower one a medium blue, near the top of the various examples including the saucer where they are on the upper verge.