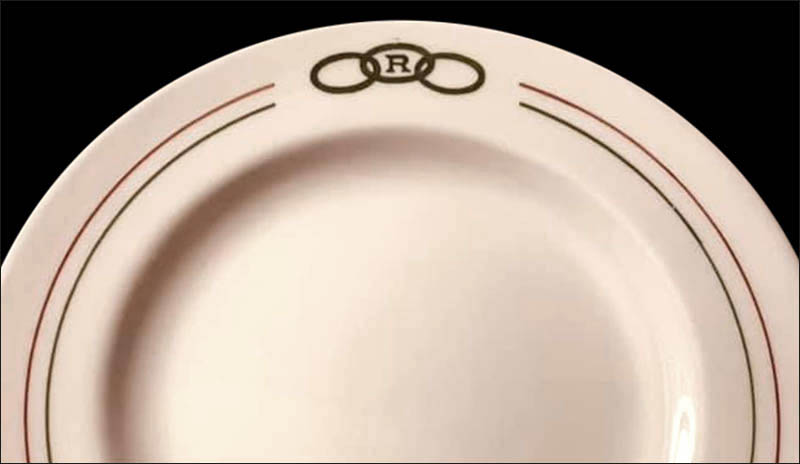 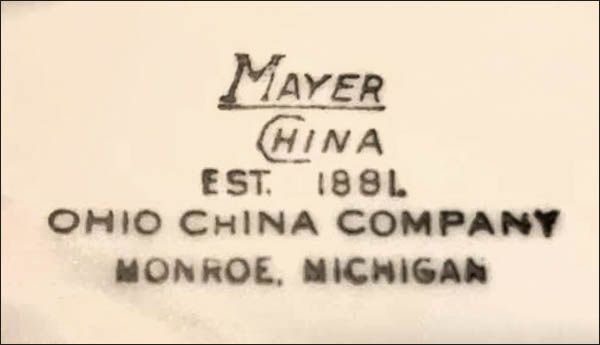 Plate with tan body and rust and brown pin stripes interrupted on the rim by the three links of the chain with an R in the middle link. This might be a reference to the Rebekahs.