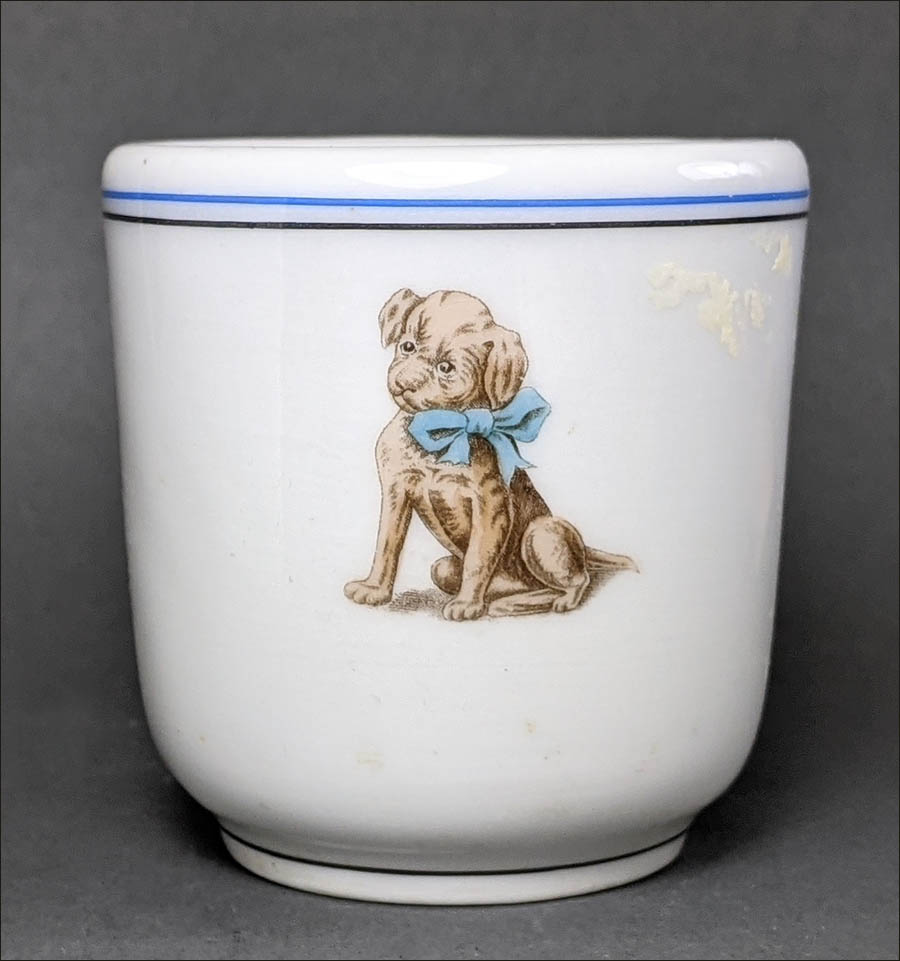 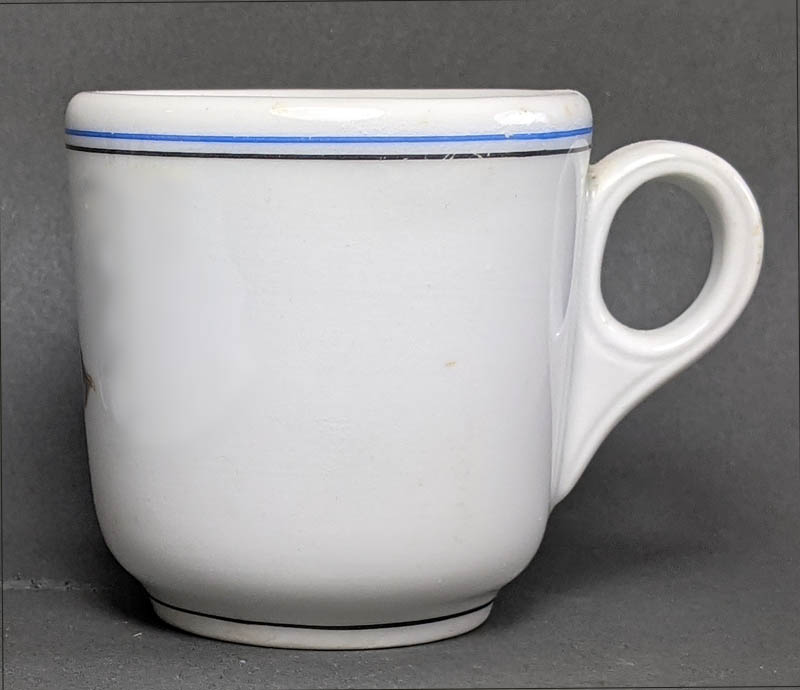 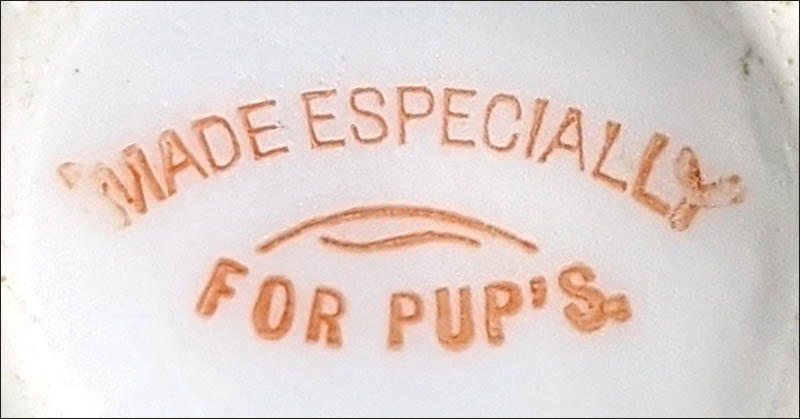 Notes: A Pup Restaurant has been found that operated in the years before and after the turn of the 20th century in San Francisco.

It was founded by Pierre Carrere, and some time later Jean Loupy was its proprietor, too.

Carrere worked at the well-known Poodle Dog before opening Pup.

The best hope for an ID would be for a larger piece to appear with at least a manufacturer's backstamp, and for a matchbook or menu to turn up.

White cup with deep blue and black lines and a underglazed puppy with big blue bow around its neck.