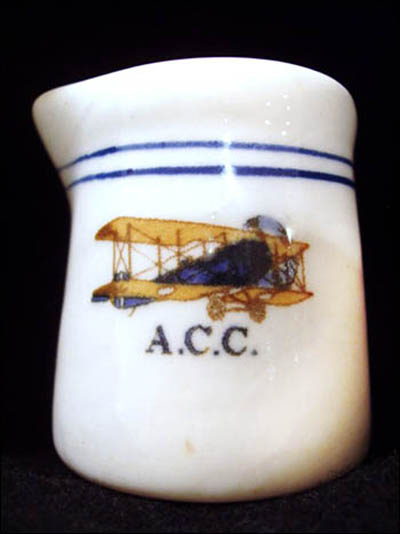 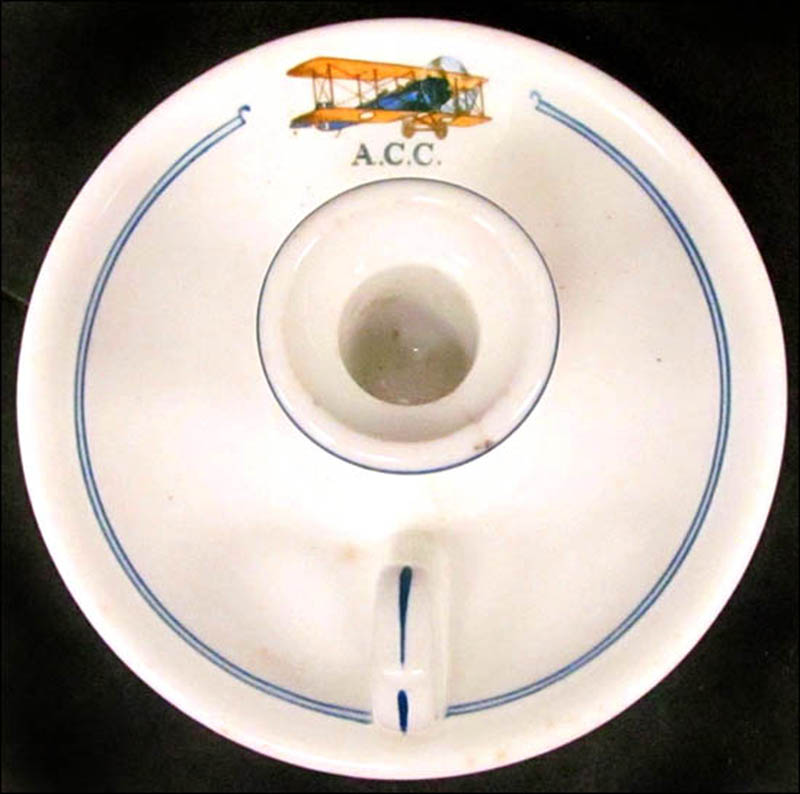 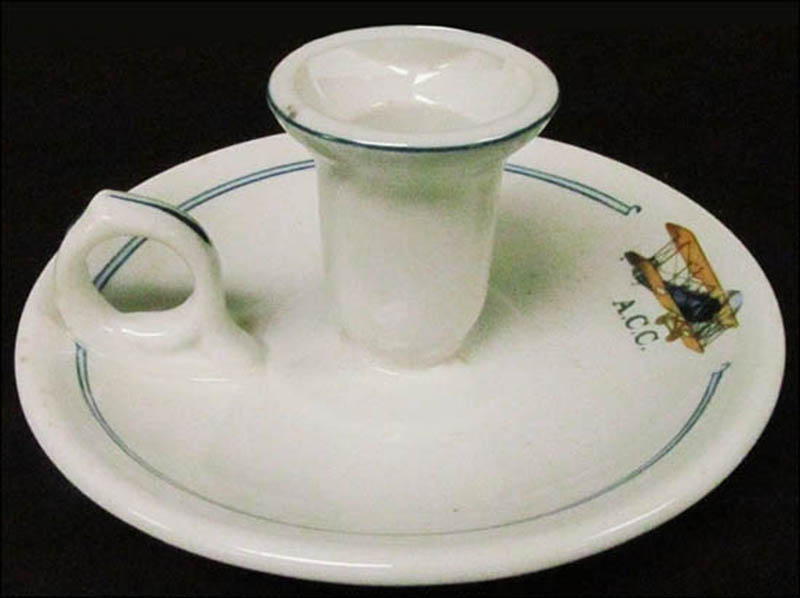 Notes: This pattern, with examples backstamped either for Lamberton China or with an impressed Trenton China mark, has been researched off and on for many years with no definitive logo or ephemera found tying it to the Aviation Country Club (A.C.C.) of Detroit or to any other venue.  It is therefore not known definitively where it was used.

However, by process of elimination and given the initials A.C.C., distributor's location, and image of the E-4 (or J-1) bi-wing plane designed by Charles Day and produced by Standard Aero Corp, the most likely customer would seem to have been the Detroit A.C.C. (The E-4 was used as a World War I pilot trainer and was later a model for the J-1 for air mail service by the U.S. Postal Service.)

An article about this club in the April 1921 issue of Golf Illustrated magazine, written by J. Lew Brown, shows the clubhouse and gives information about it. The approximately 850-acre property on the north shore of Green Lake, about 30 miles northeast of Detroit, was previously owned by Walter Flanders. The clubhouse, originally Flanders' home, contained a huge dining room on the main floor, with sleeping quarters for more than 50 guests on the floor above. The second floor of the garage contained a ballroom. Golf was the main activity of this club, but it also contained one of the best aviation fields in the country.

The design is crested with an illustration of an early bi-wing airplane with blue fuselage and yellow orange wings with an upper case, serif, A.C.C. monogram below the plane. Flanking blue pin lines are placed mid-rim. It could be that Maddock's designers created the decal for the club's china before a club logo, if there was one, had been designed.  (Search key: rwcnAAA)