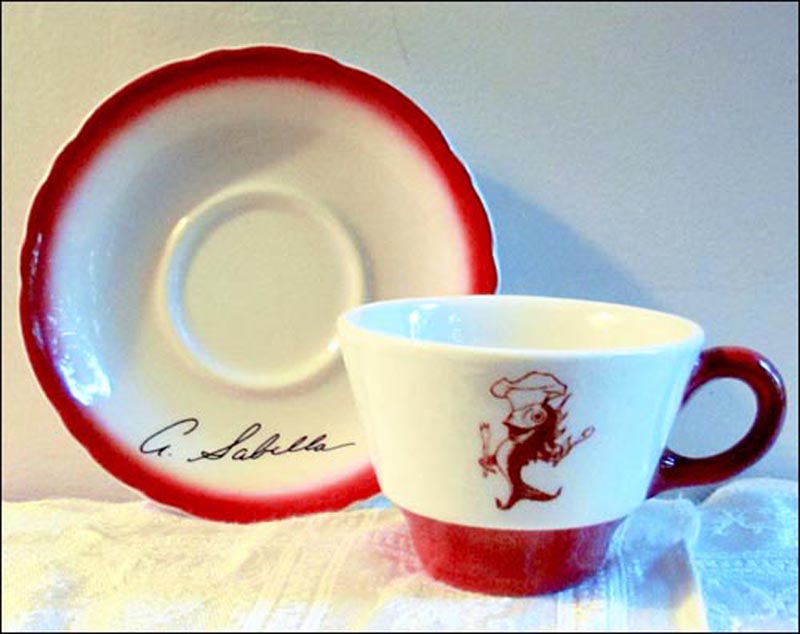 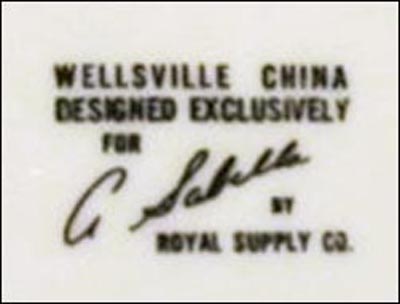 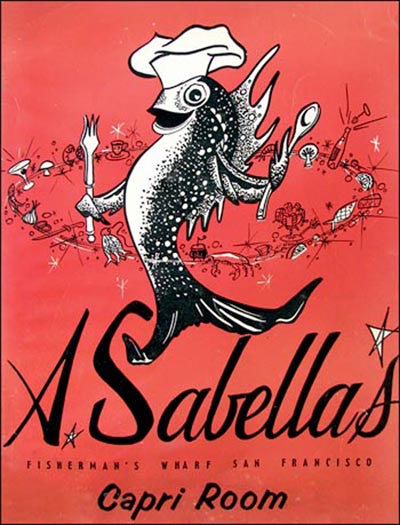 
Notes: Four generations of the Sabella family owned or worked in businesses at Fisherman's Wharf in San Francisco, including an early fish store from 1920 until their last business, the restaurant A. Sabella's, located at 2766 Taylor St., which closed in 2007.

A fire destroyed A. Sabella's in 1964, but it was rebuilt three years later.

A red fish standing on its tail, holding a fork and spoon, wearing a chef's hat is central to the A. Sabella's brand, placed on white ware with the restaurant name usually applied in a handwriting script font.