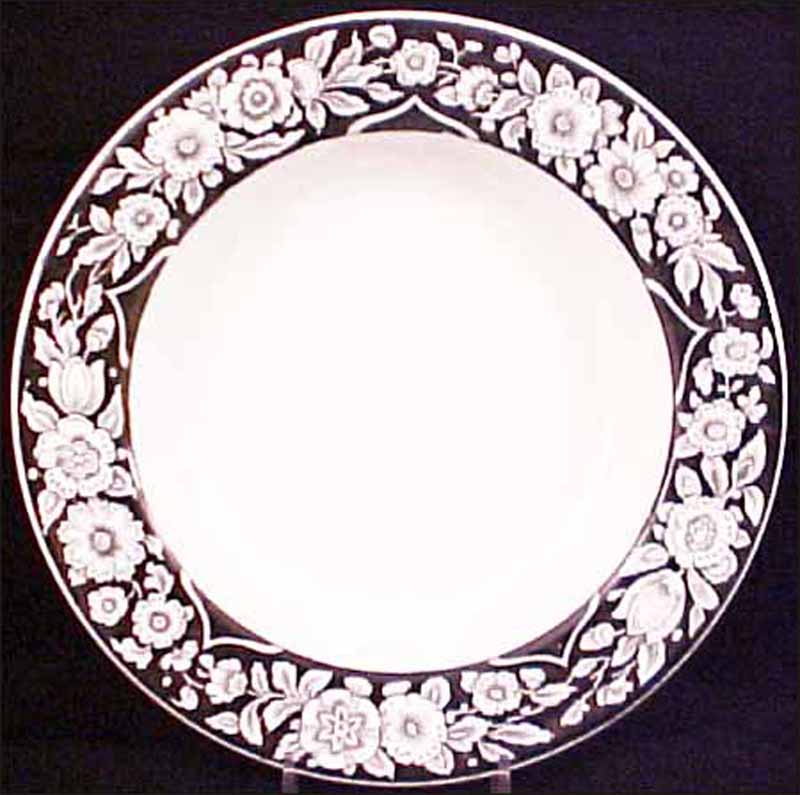 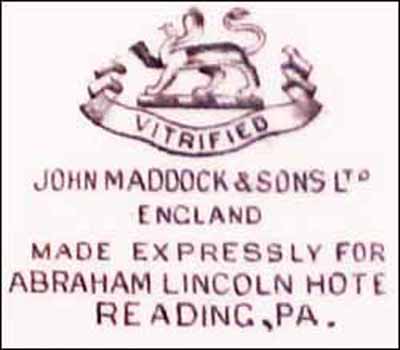 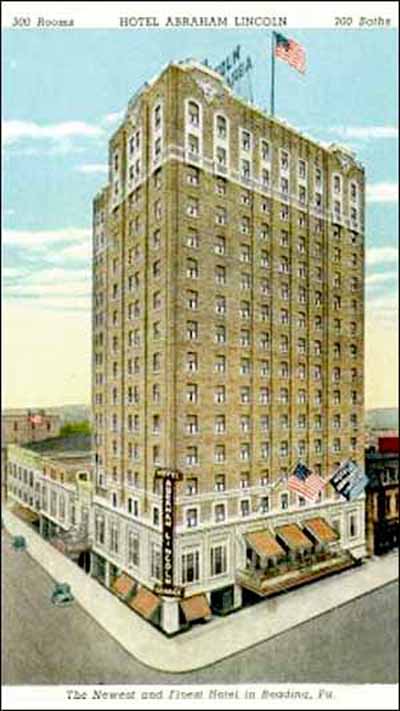 Notes: Located at Fifth and Washington streets in Reading, Penn., the 16-story, 300-room hotel opened its doors in 1930. It was home to the Lincoln Room, the English Lounge, Coffee House and the Old English Bar.

In 1931, the hotel became part of the Robert Meyer Company and in 1957 was taken over by the American Hotels Corporation. The hotel closed in the 1980s.

In the 1990s, floors four through nine were converted to 51 units of senior housing and the lobby was restored. The Sheehan Brothers bought the hotel and gutted the upper floors and restored the original details of the hotel. In 1998, the Lincoln Plaza Hotel and Conference Center had its grand opening. In 2005, it became a Wyndam Hotel.

The plate has a white body with a black and white wide-rim floral border pattern.