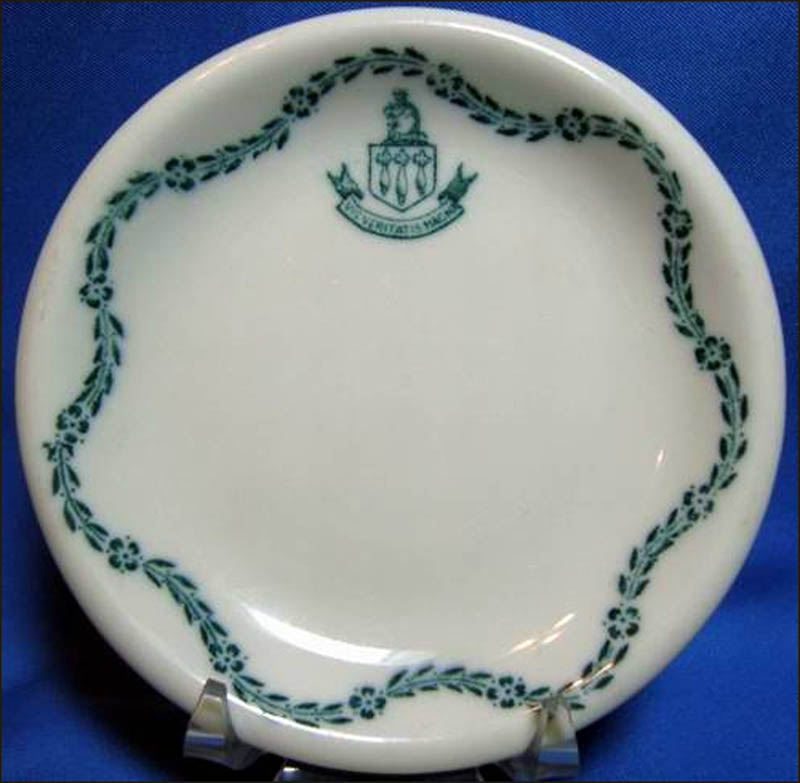 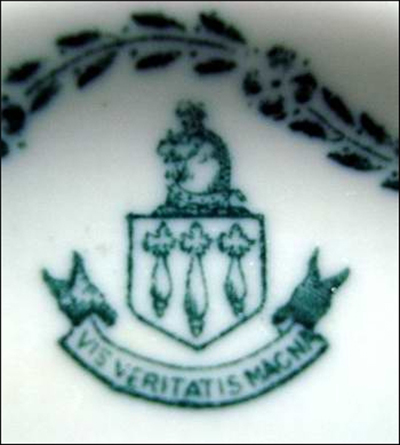 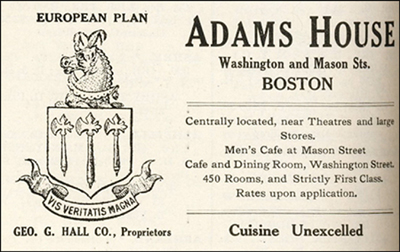 By the early part of the 20th century, however, the Adams House began to show its age and became a favorite for local politicians and businessmen looking for cheap long-term lodging.

Calvin Coolidge, who was known for his frugality, took a room at the Adams House for $1 per day when he was elected to the Massachusetts House of Representatives in 1906. In an unusual display of extravagance, he expanded his digs at the Adams House to a two-room suite with a bath on the third floor for $3.50 a day after being elected governor in 1919.

Coolidge was at the Adams House when he received the telephone call about his nomination as Warren G. Hardings vice presidential running mate in 1920.

White body with a green floral and vine trim; the topmark is a shield containing three battle axes with a horse head facing left on top and a curved banner below with "Vis Veritatis Magna" (loosely translated "Great is the Truth").