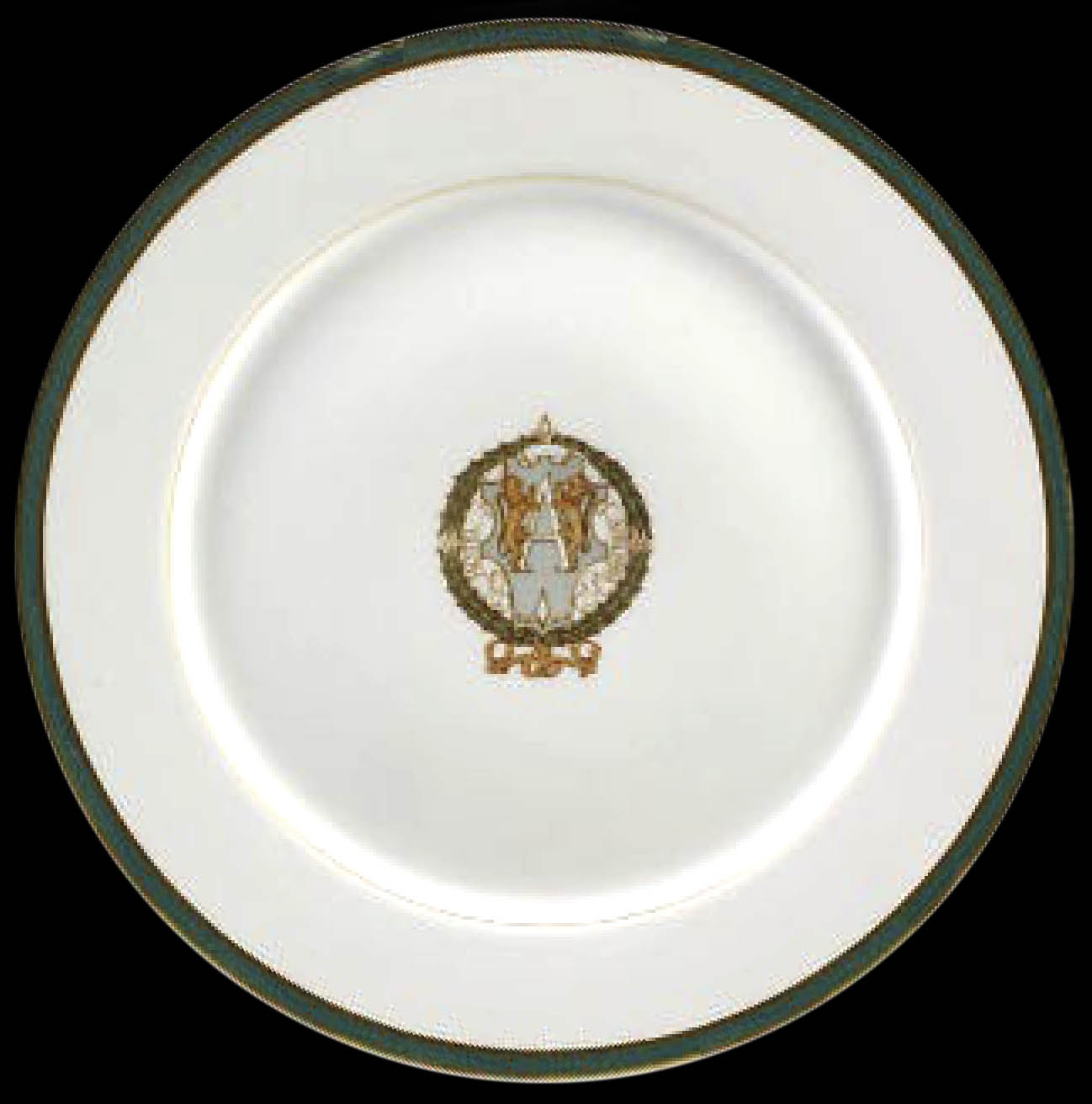 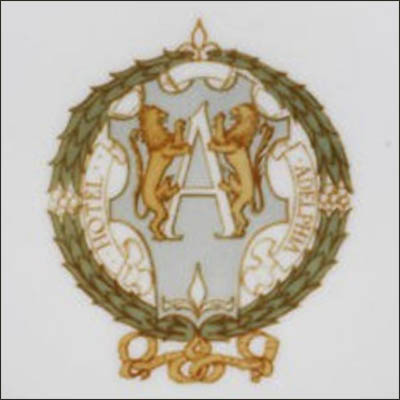 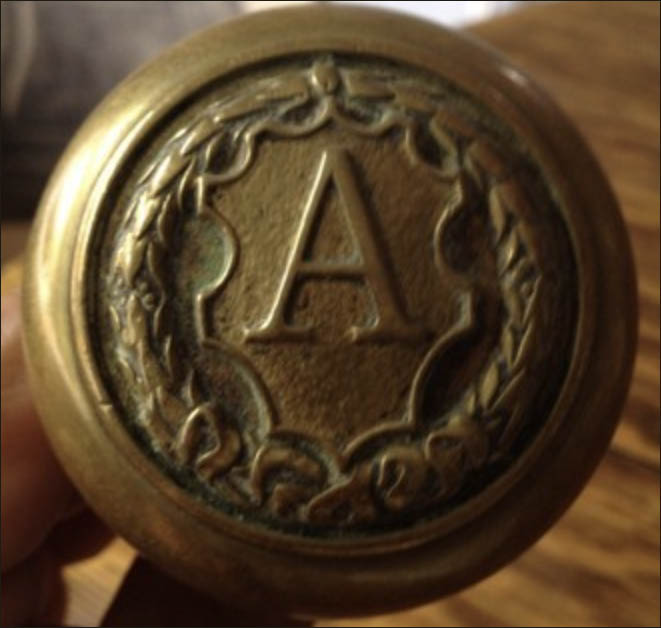 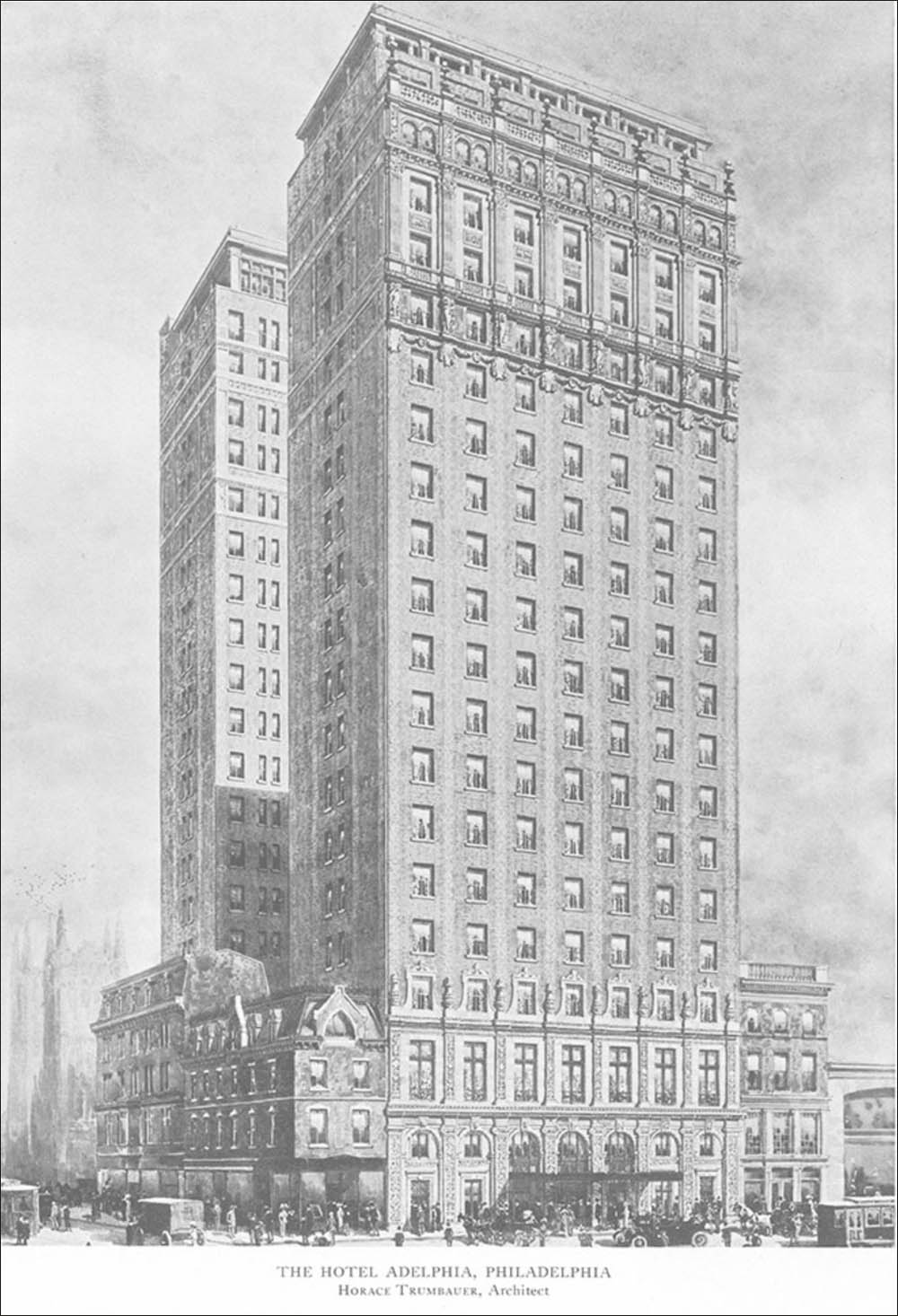 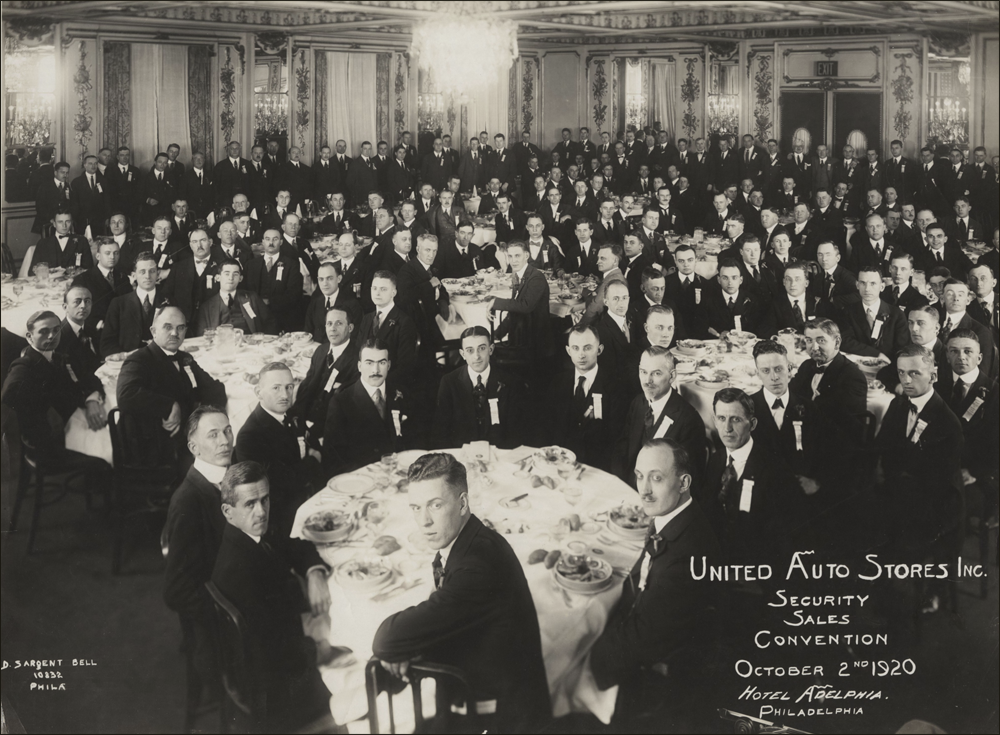 Around 1923, a 500-seat convention hall was added, and between 1934 and 1954 the small buildings on the corner were replaced with a 9-story addition, and the ground floors were "modernized." By 2020, the former hotel had been converted into apartments and renamed Adelphia House.

The Adelphia Hotel's crest was an unusual shape shield with multiple concave indentions within a wreath. Inside of the shield is an upper case, serif "A. This logo, in coin gold, was used on the china that Maddock made for the 400 bedrooms. These items were backstamped "Property of Hotel Adelphia, Philadelphia, PA." This was probably done to remind guests that these items were to remain in the hotel when they departed. They do not contain the Maddock backstamp, but the shapes match the same items shown in the 1917 Maddock Lamberton catalog.

This, the Adelphia 10 1/4" service plate, is crested in the center of the well with a more elaborate multi-color decal version that includes a pair of rampant lions. The rim has a green band flanked by coin gold pin lines, and there is a coin gold pin line on the verge. These plates are backstamped with the M over Lamberton China over L mark. See Adelphia Hotel for photographs of the service plate.

In August of 1917, the Maddock Pottery in Trenton had a fire that destroyed a large order of china that was being completed for the Adelphia Hotel. This was probably a replacement order for items that had been broken.

By 1926. Syracuse China was supplying the Indian Tree pattern to the Adelphia.