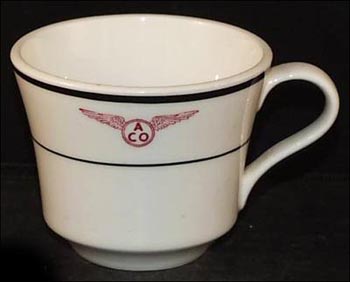 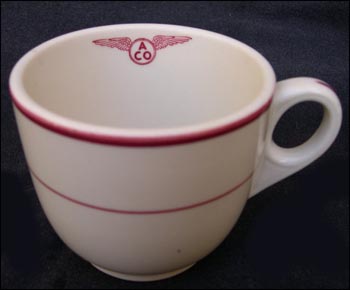 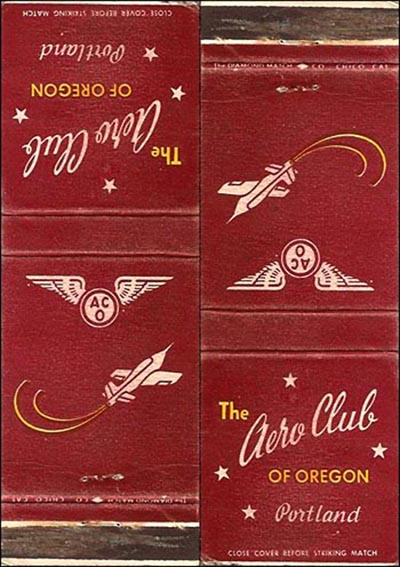 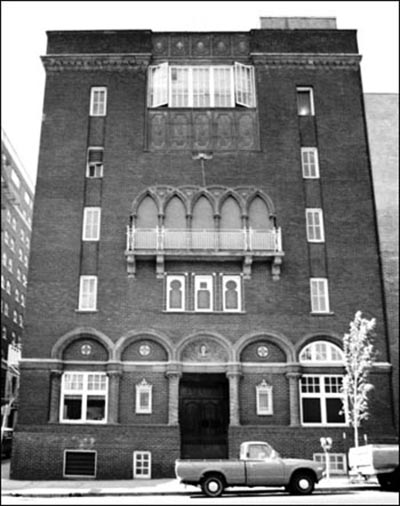 Notes: From Vintage Portland, the Aero Club was first organized as a private club organized "exclusively for pilots and aeronautics buffs" who were financially able to join.

The club's building was constructed in 1920 at SW Park and Taylor streets in Late Gothic Revival style and included an indoor pool that provided training space for the club's swim teams. Among other popular activities at the club were dinners and ballroom dances.

The club closed in the 1980s, and the building was razed around 1998-99 to make way for construction of what is now The Paramount Hotel.

The club's logo is red and includes the monogram ACO within a circle (with CO beneath A) and a pair of wings. (Search key: rwcnACO)