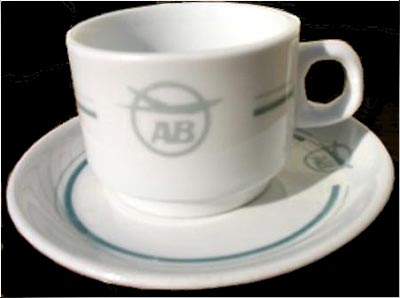 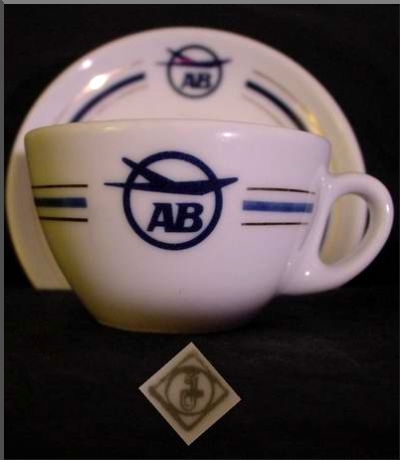 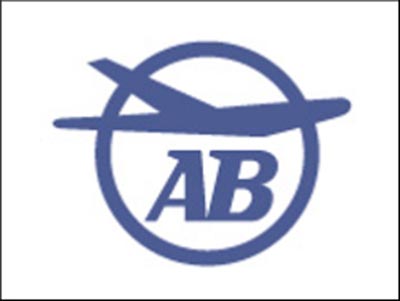 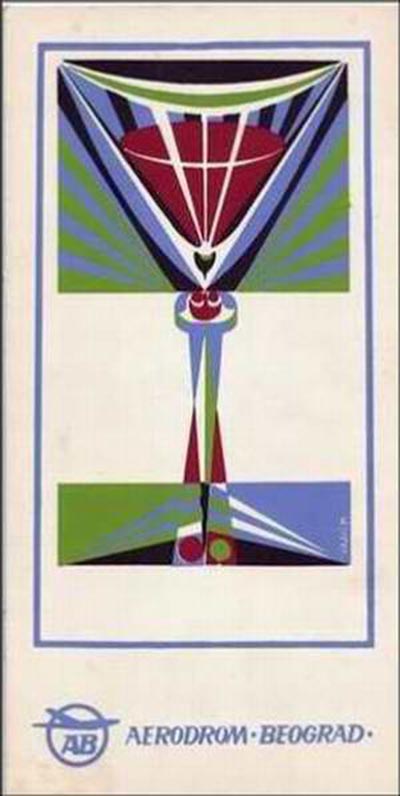 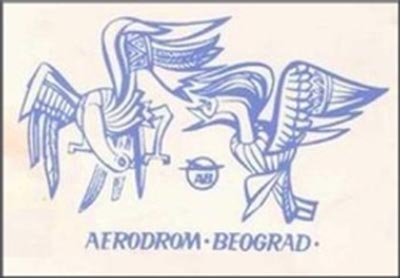 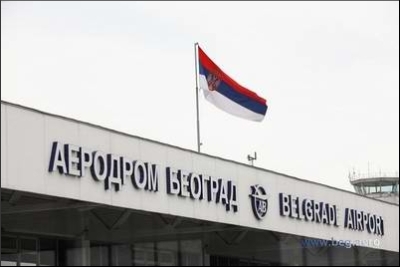 Notes: The Belgrade Airport history dates back to 1910, when the flying field of Banjica (a Belgrade suburb) was the first airport location. From 1910 to 1944, the Belgrade Airport changed locations four times before the current site location at Surcin (18 kilometers from Belgrade) was constructed. The JP Aerodrom Beograd opened for traffic in 1962 with one runway and was later renamed the Aerodrom "Nikola Tesla" Beograd (Belgrade "Nikola Tesla" Airport) in January 2006. Click here for a more information about this airport.

Two white body styles for the Aerodrom Beograd are shown below with different shapes, colors and border/rim designs. Both styles are topmarked with the "AB" logo and have similar backstamps — a stylized "J" with a stroke across the letter, enclosed within a circle and diamond. The "J" is from the Serbo-Croatian spelling form where J = Y, even when the rest of the lettering is Cyrillic. (Search key: rwcnAB)