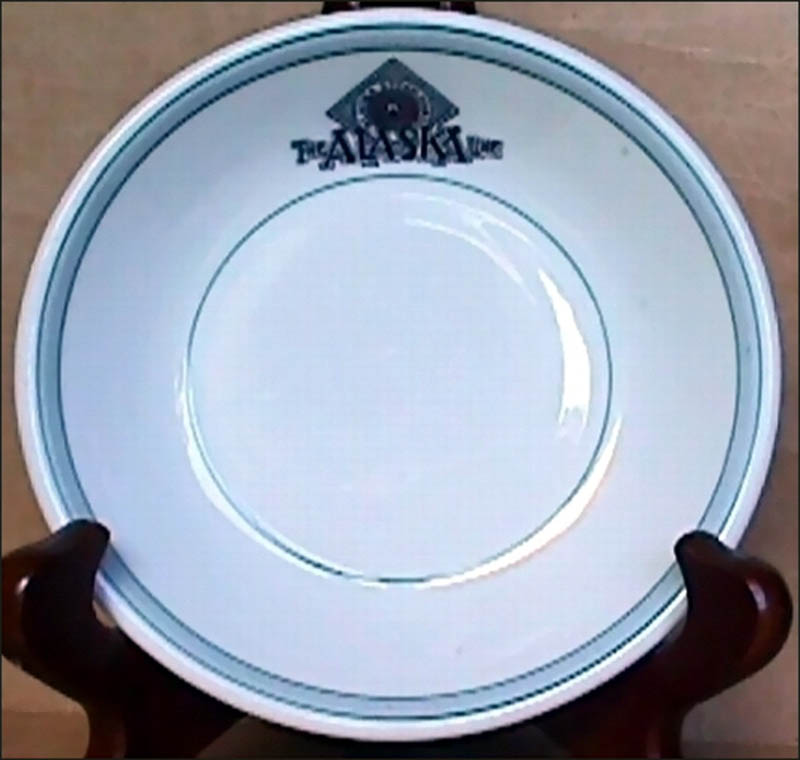 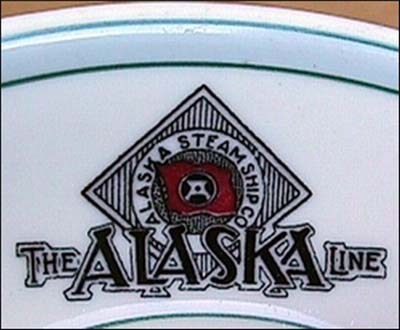 Notes: The Alaska Steamship Company was formed in 1894. Due to various government regulations, the company eventually enjoyed a near monopoly on service between Alaska and the lower 48 states. It ceased passenger service in 1954 due to labor problems, the ending of government subsidies and competition from airlines. Rising costs caused the company to shut down all operations in 1971.

White body with double green line border near the rim and colored gray area between. Single thin green line around the verge. Topmarked between the two areas with the logo of the Alaska Steamship Co in black and red with THE ALASKA LINE lettered in black.