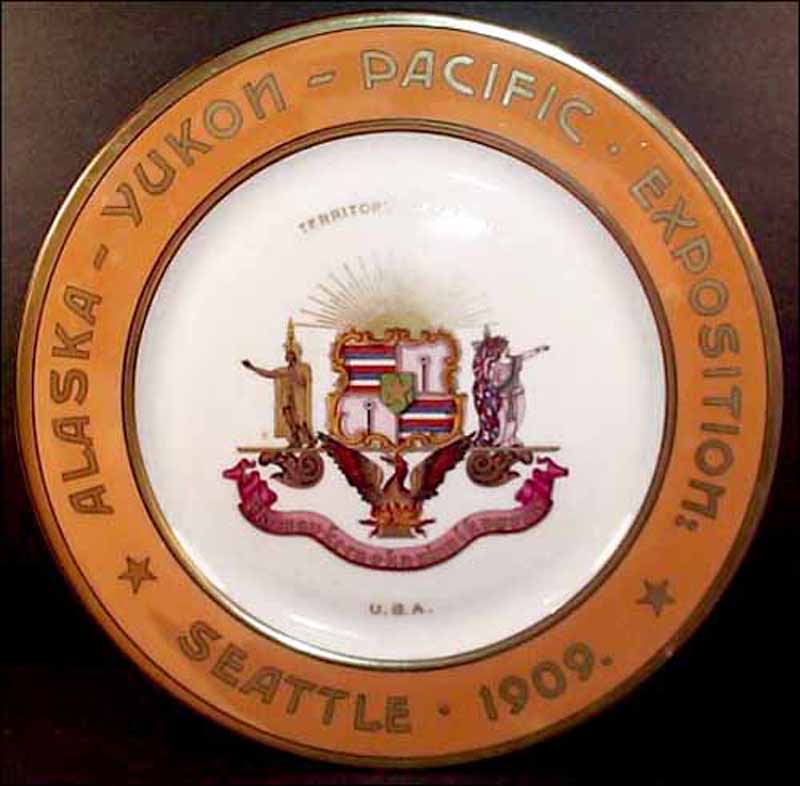 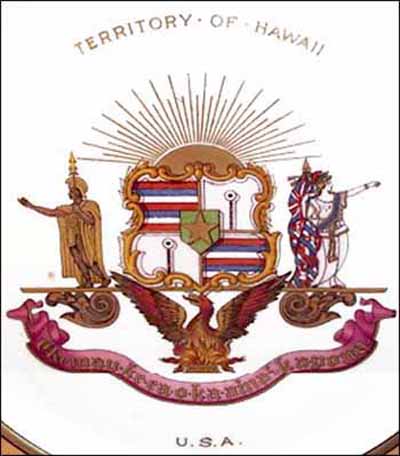 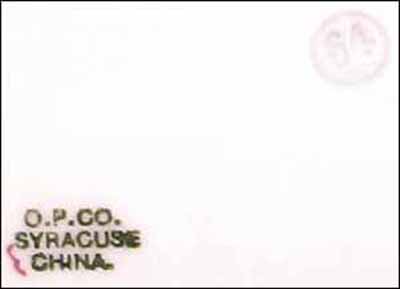 Notes: This service plate is from the famous 1909 Alaska – Yukon – Pacific Exposition – World's Fair that was held in Seattle, Wash. The fair celebrated and publicized the development of the Pacific Northwest, which included the Alaska Territory, the Yukon Gold Rush area and the Hawaiian Islands and their development.

The fair opened on June 1, 1909, and more than 80,000 people attended opening day. By the close of the fair on Oct. 16, more than 700,000 people had visited. The fair was originally going to celebrate the 10th anniversary of the Klondike Gold Rush in 1907 but had to be scheduled for 1909 since the Jamestown Exposition was being held that year.