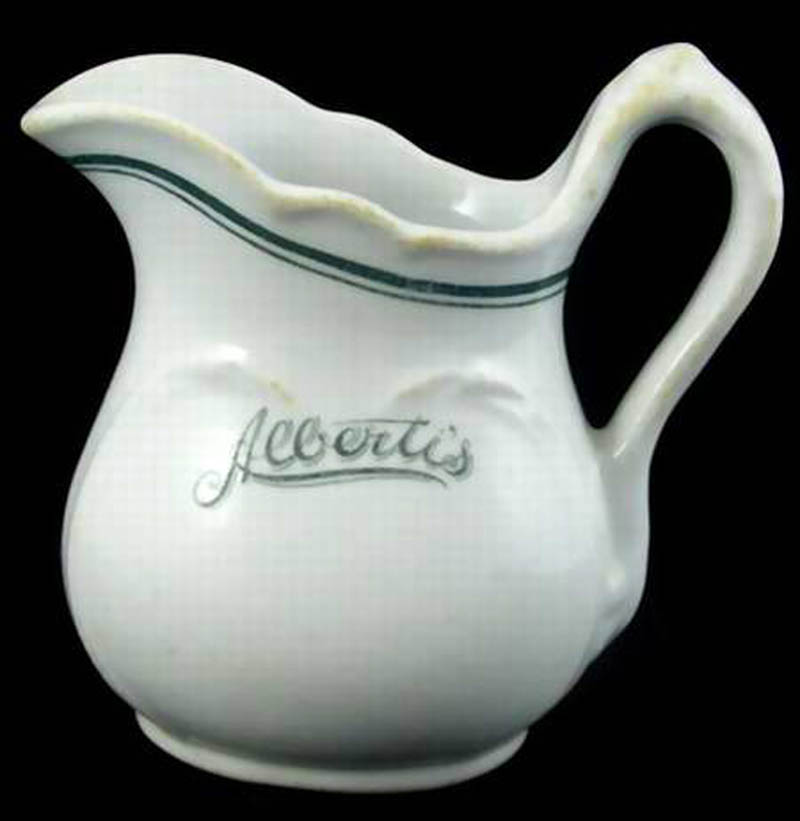 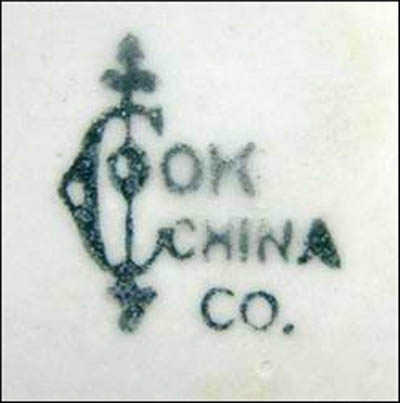 Notes: Alberti's, located at 30-32 East Front St. in Trenton, N.J., and also at 821 South Broad St. during the 1920s, was owned by Gus Alberti. He started out with a bar from 1910 to 1915, and when the bar closed, he opened the delicatessen and it became one of Trenton's most popular restaurants during that time. The East Front St. location was known for hosting many civic meetings upstairs.

This creamer is marked on the back with the Cook China Co backstamp circa 1920. White body with green pinstripes or lines, topmarked "Alberti's" in green script lettering.