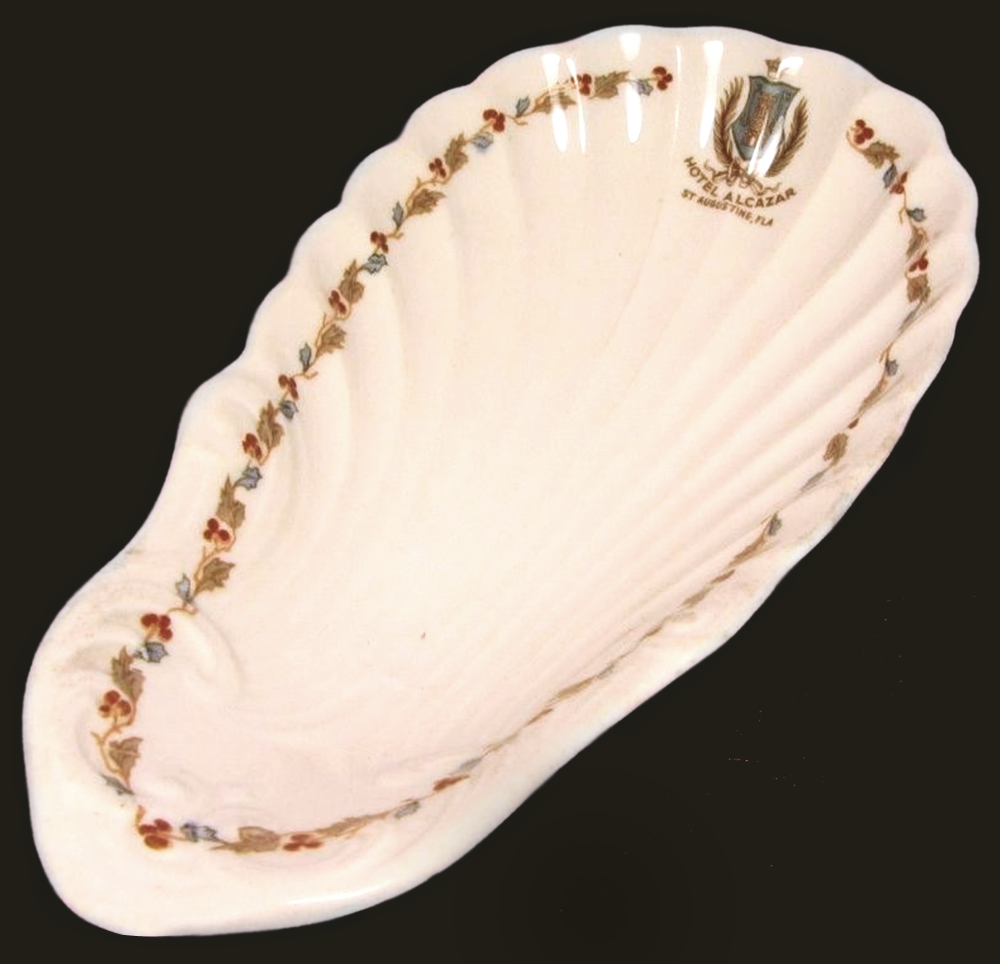 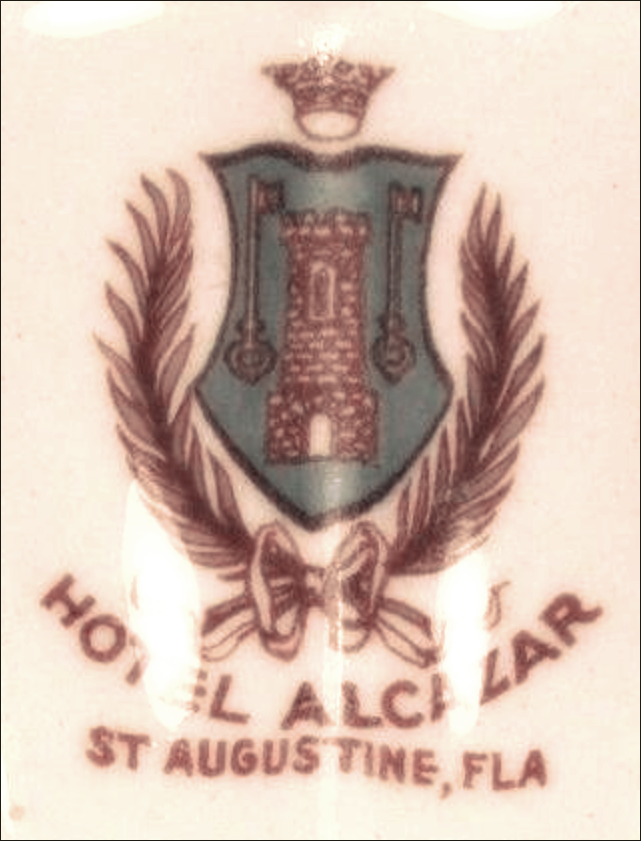 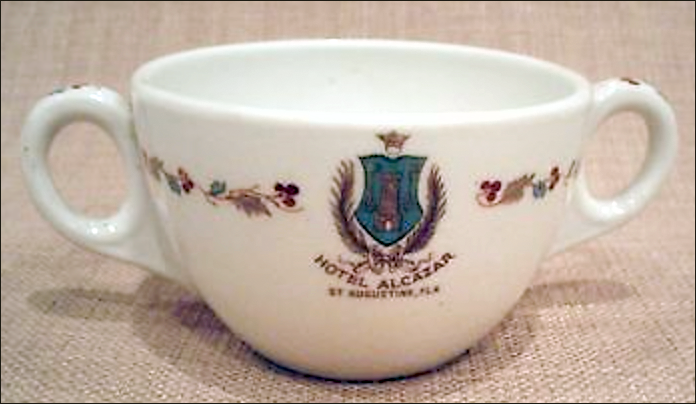 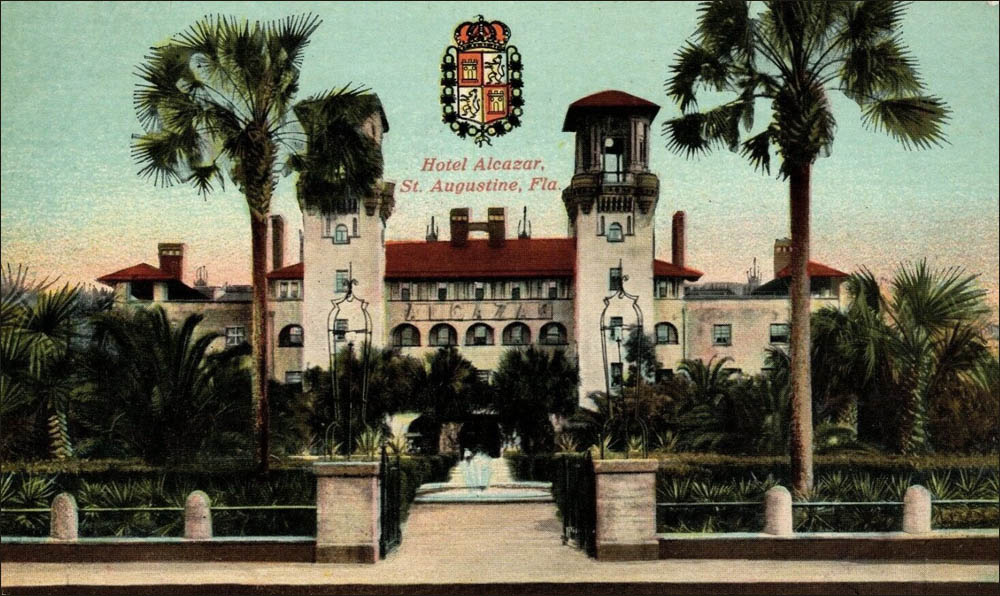 Notes: Henry M. Flagler had the Hotel Alcazar built as one of his destination hotels in St. Augustine, Florida. They operated as winter resorts for guests arriving, and departing, on Flagler's Florida East Coast Railway passenger trains. The Alcazar opened on December 25, 1888. This 300-room hotel, although described as Spanish Renaissance style architecture, was actually a forerunner of the make-believe world now found in theme parks. The Alcazar was one of three Flagler hotels in St. Augustine, also including The Ponce De Leon that opened Jan. 10, 1888, and the Cordova, which also opened that January, and became a Flagler property in May 1888.

Maddock Pottery produced a Lamberton China service with the hotel crest flanked by a decal border known as #6000 Senate Border.  This china was supplied by Mitchell Woodbury Co., of Boston.

In 1902 a dining room was added to the southeast corner of the Alcazar. This may have been when the Lamberton china was first ordered.