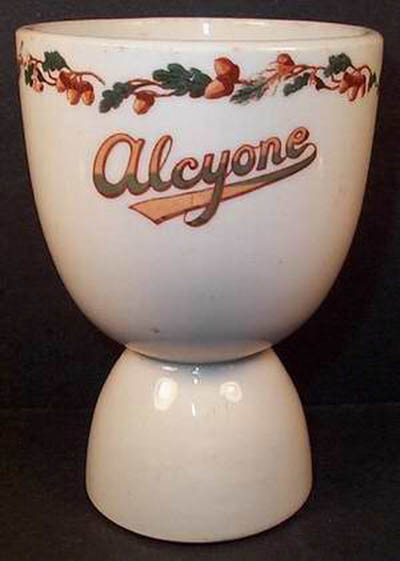 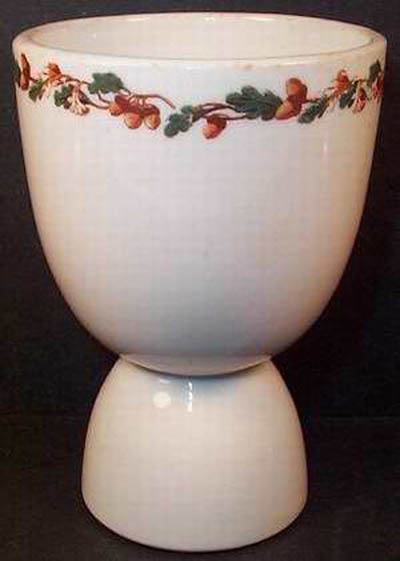 Notes: The user of this pattern has not been confirmed and could have been a hotel, restaurant, steamship, private yacht (named Alcyone) or even a boathouse.

However, it is believed to have been used at the Alcyone Boat Club, located in the area of Bay Ridge Long Island, close to Newark, N.J., and Brooklyn, N.Y. The Alcyone Boat Club was an upscale yachting club for people of stature and wealth during the 1890s into the roaring twenties. The clubs primary social functions occurred in the boat house, which had its own dining room.

The egg cup has "Alcyone" in cursive letters on the side, with the top half of the lettering in brown shading to green in the lower half. The top of the egg cup has an oak leaf and acorn pattern that circles the top in green and brown.

There is no manufacturing backstamp on this piece.