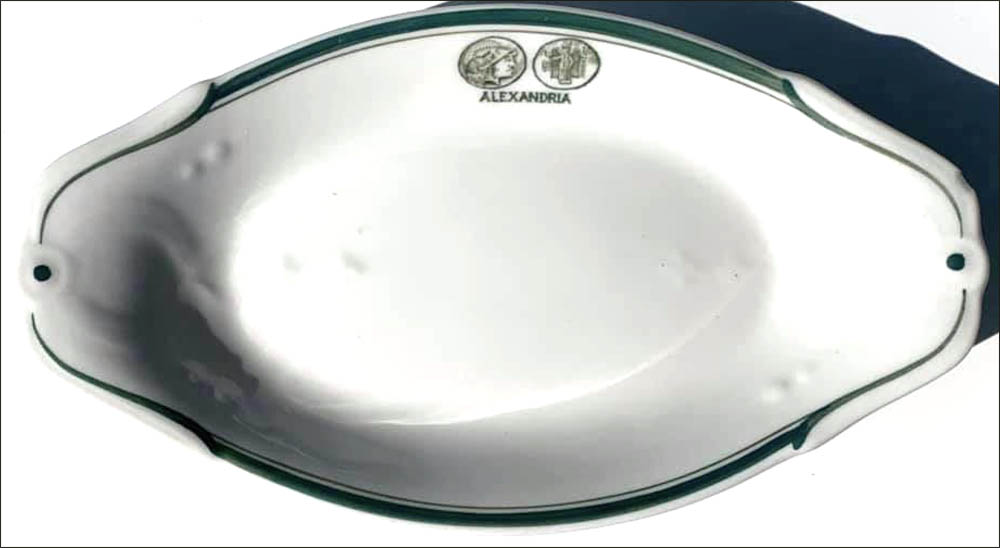 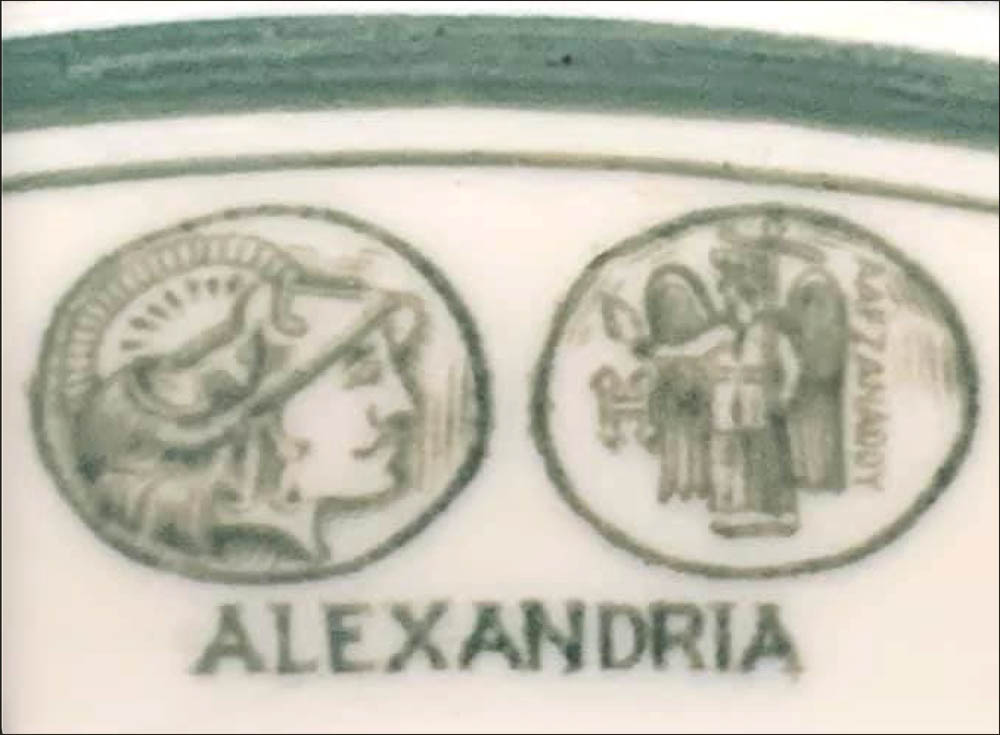 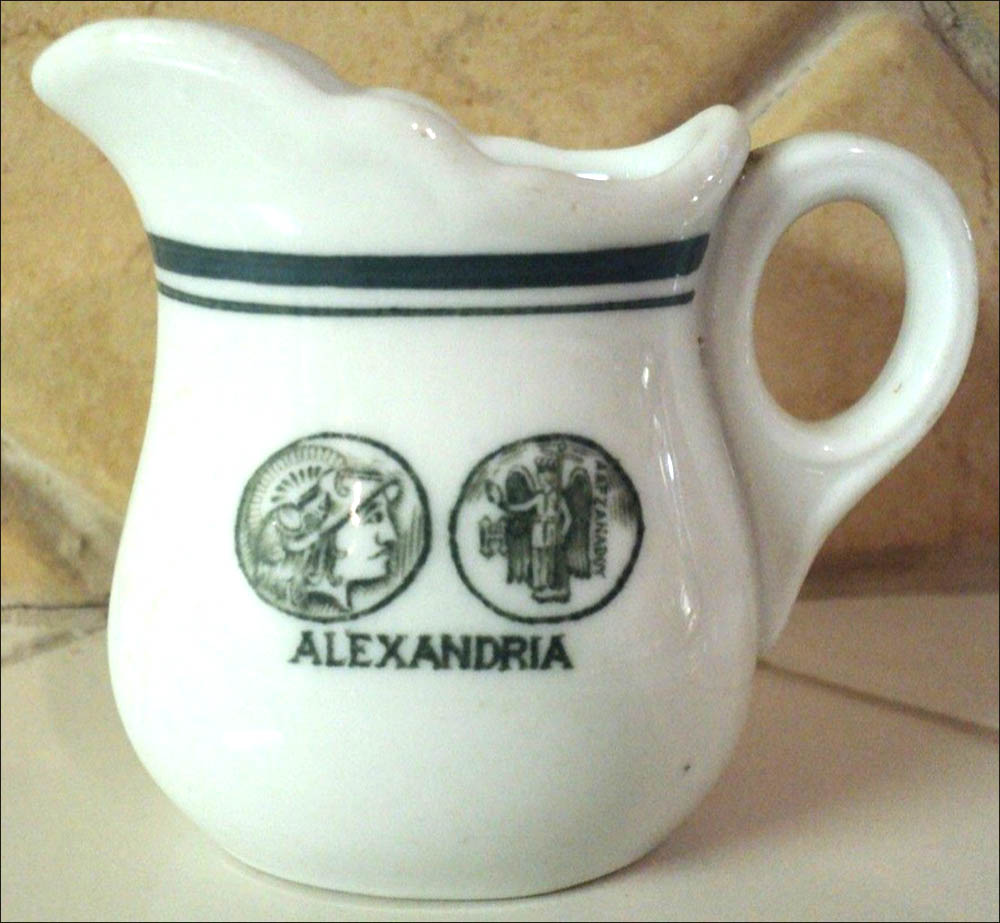 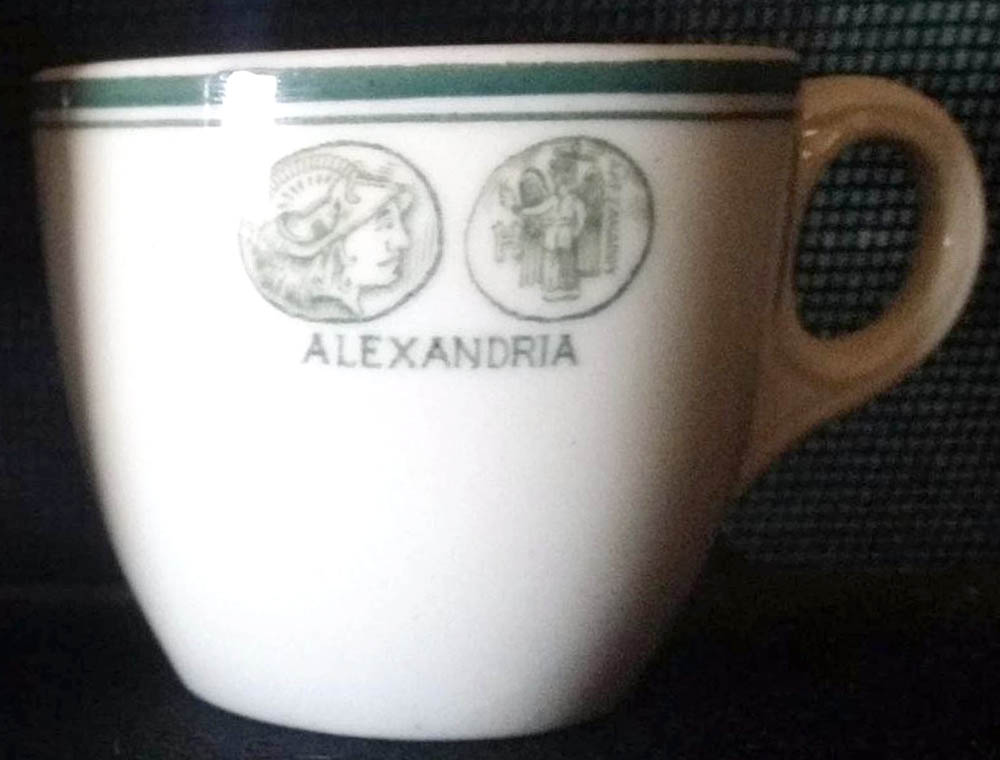 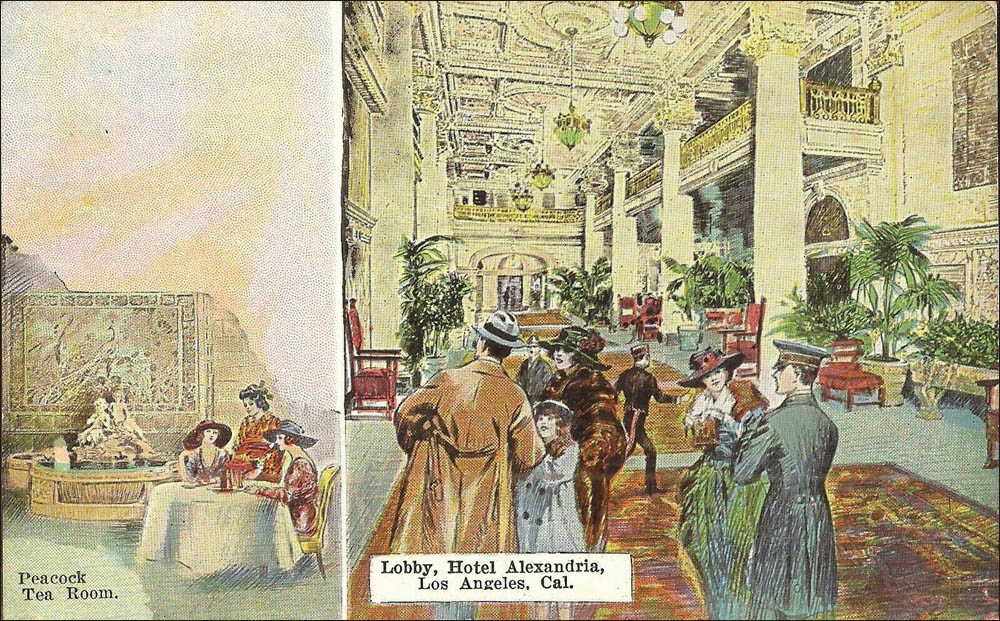 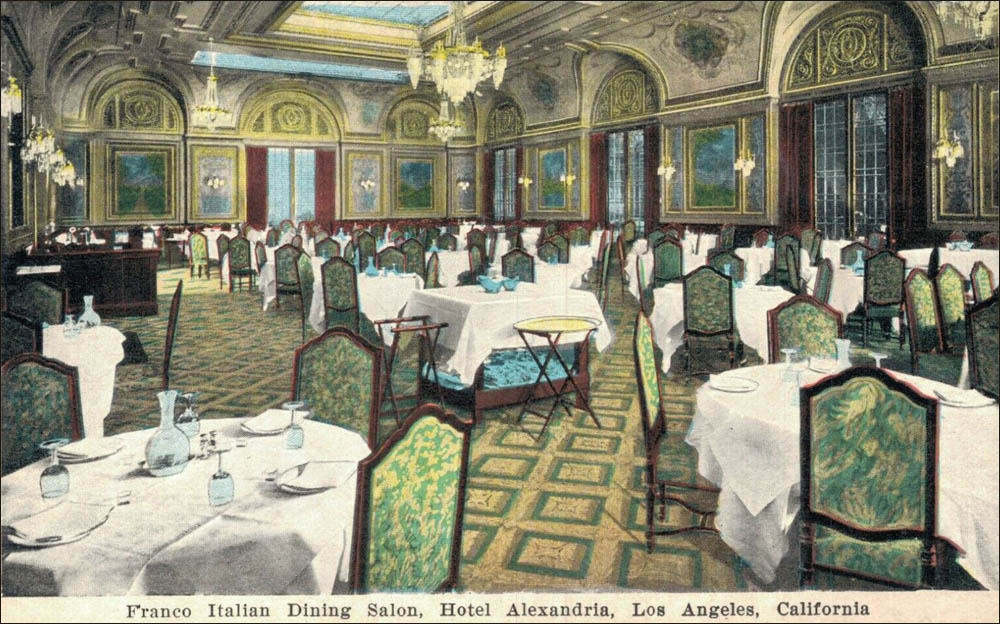 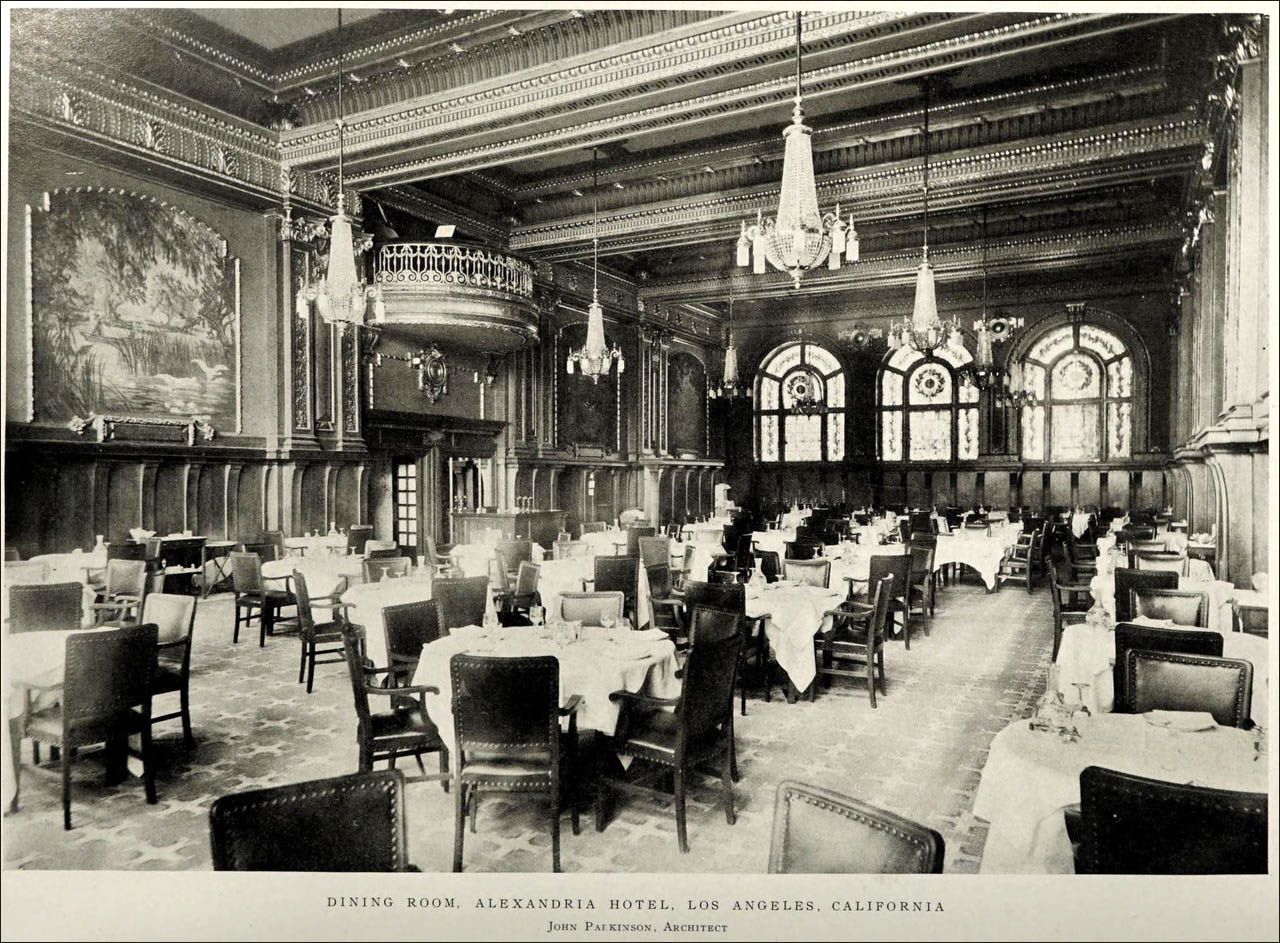 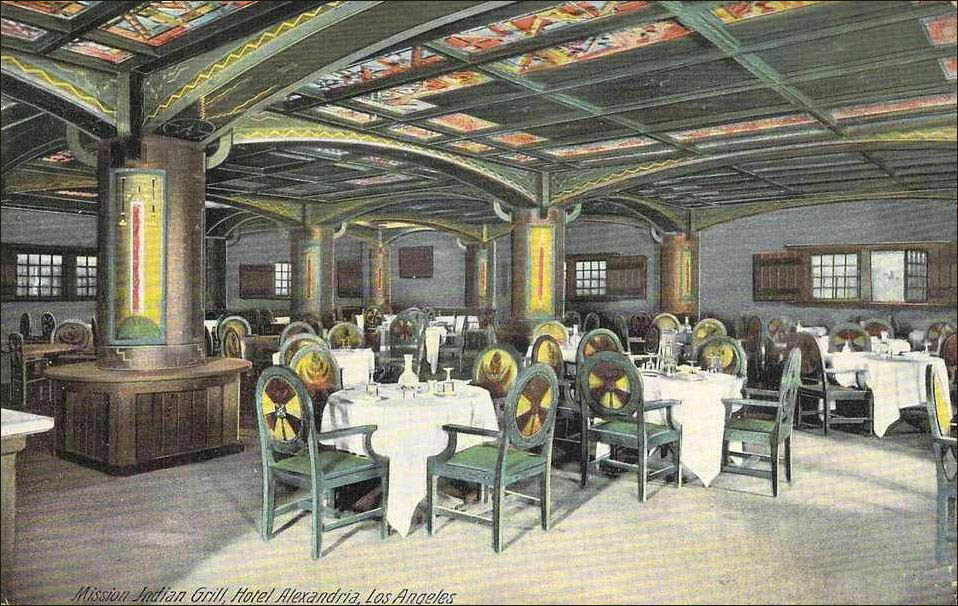 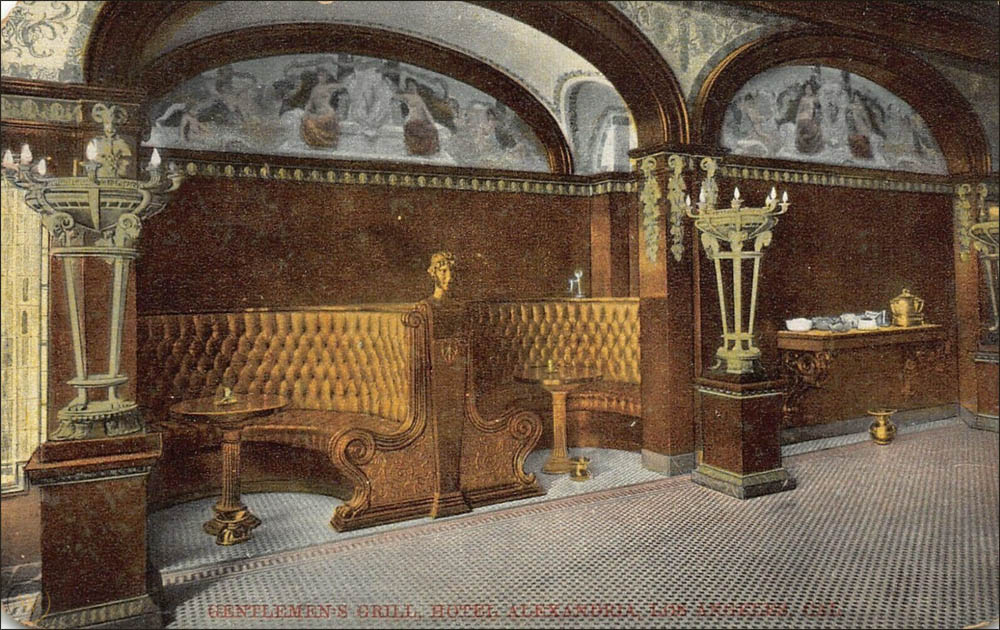 Gentlemen's Grill at the Hotel Alexandria 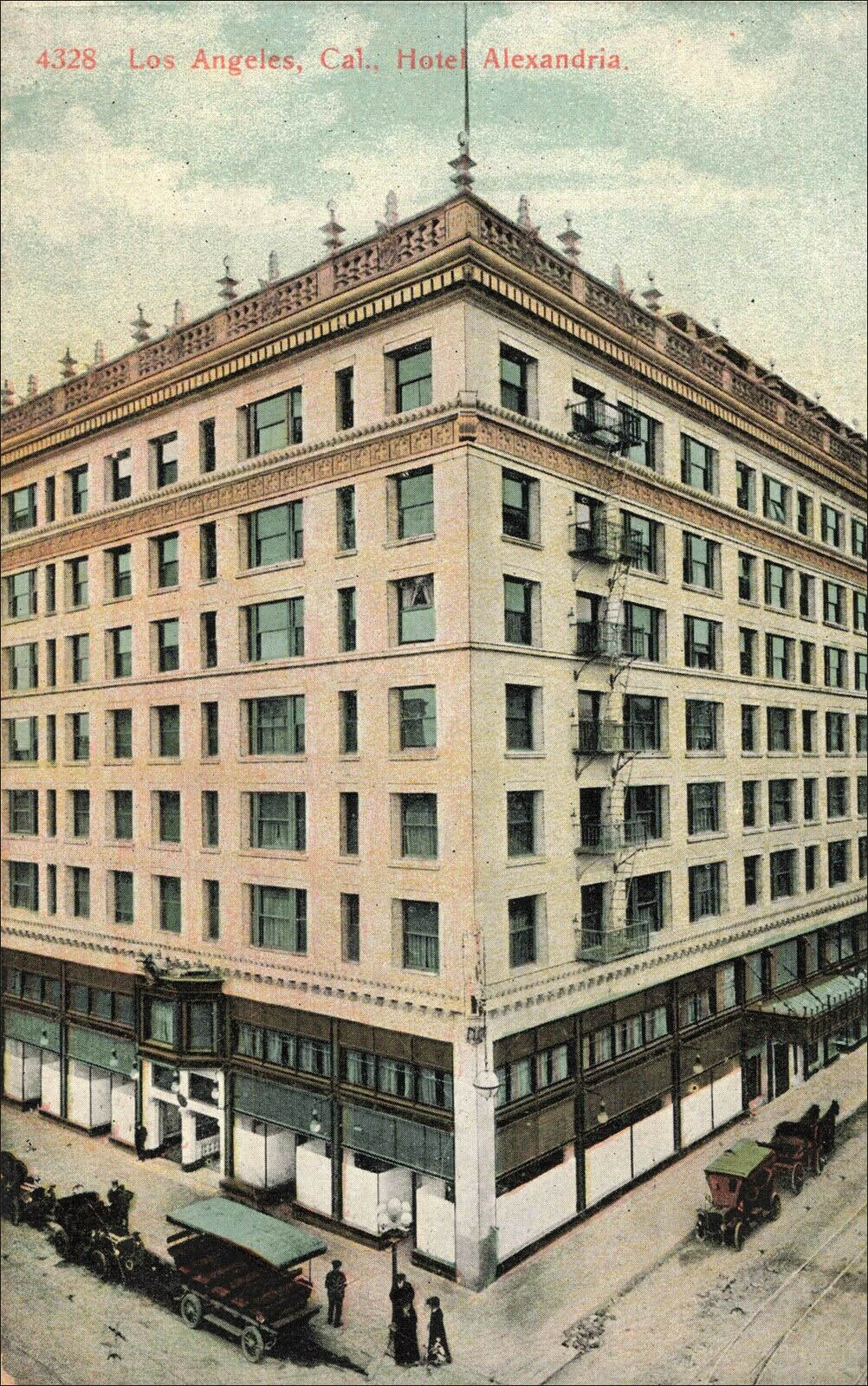 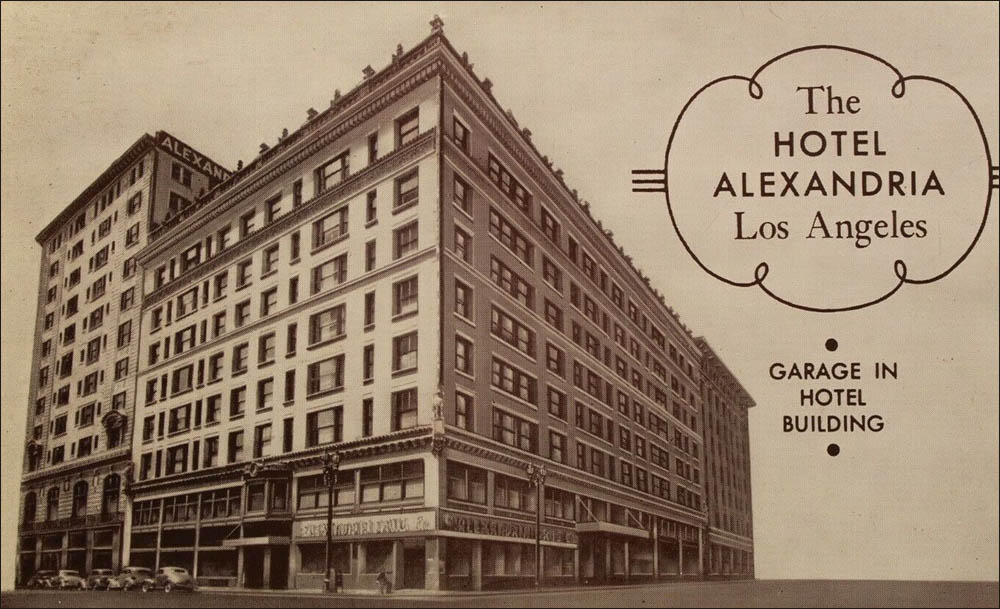 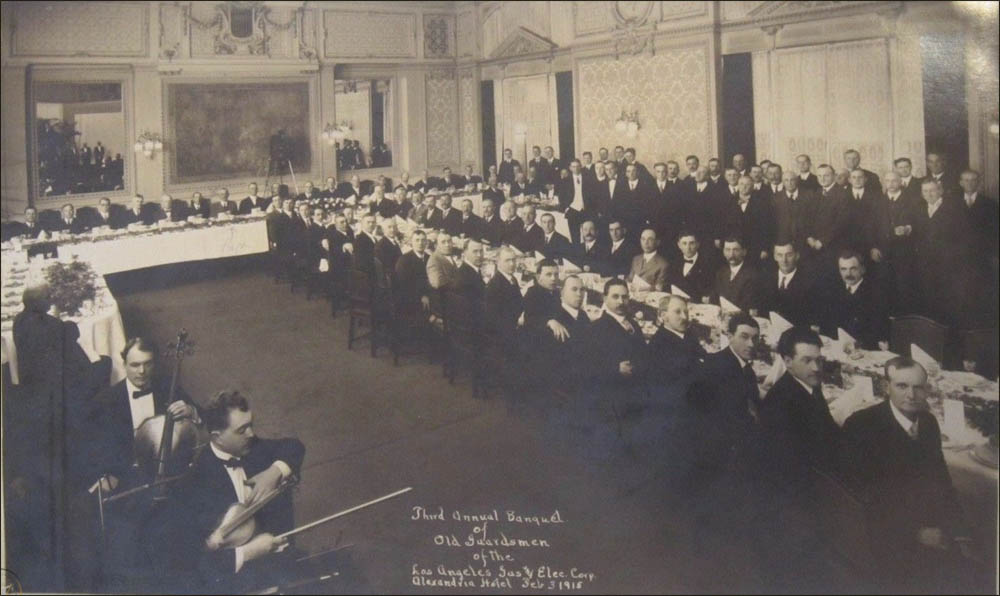 Notes: When it opened on February 12, 1906, the eight-story, 365-room Alexandria Hotel was considered the most elegant hotel in Los Angeles.  It contained a two-story European (plan) dining room and a Gentlemen's Grill on the ground floor. There was a Native-American themed grill in the basement. There was also a Peacock Tea Room for the ladies. In 1912, a 12-story addition added a 43' by 63' banquet room, originally known as the Franco Italian Dining Salon, with stained glass skylights.

In February 1934, the Alexandria closed and many of the furnishings were sold. It reopened in 1937 and over the years was operated by a number of lessees.  As the surrounding neighborhood became less fashionable, the hotels guests became less than upstanding citizens. By 2008 the hotel had been converted into mixed income housing, while the ballroom has been restored and is rented for special events.

Maddock produced a china service for the Alexandria that features a dual circle crest. The profile of a soldier in helmet is in the left circle and what appears to be a winged angel with arm extended is in the circle on the right. "ALEXANDRIA" is below the circles. This green transfer pattern has a green band and pin line around the rim. Fragments of this pattern were found in Maddock's dump site #1, which was in use from around 1918 until 1923.

Other potteries also produced china for the Alexandria. Among the items by known makers are pin trays by M&Z of Austria, supplied by Parmelee Dohrmann. Matchbox holders were made by Selb Bavaria. Service plates, from Germany, were supplied by Burley & Co. Bedroom candle holders with the crest in coin gold were made by Syracuse China in 1920.

In 1919, the Alexandria Hotel Co. was sold to the builders of the nearby Ambassador Hotel which was using a shield crest with "A" inside, an eagle on top, and rampant lions flanking. This logo was used on china made for the Alexandria in 1930 by Black Knight, of Germany, and supplied by Dohrmann Commerical Co.