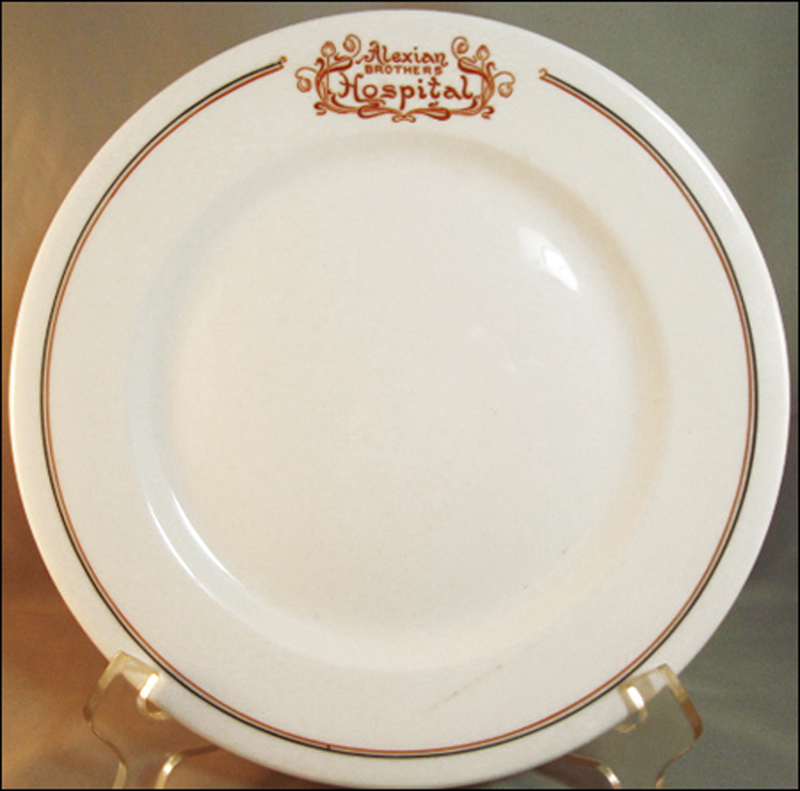 Notes: The Alexian Brothers ministry began in the Middle Ages in Europe. They chose St. Alexius — a fifth-century saint who was devoted to the poor and sick — as the patron of their first chapel. With the passing of time, reference was made to them as the "Alexian Brothers" by the people they served. Today (2009), the Alexian Brothers are located in Germany, Belgium, England, Ireland, the Philippines, Hungary and the United States.

This piece could have been used in any of these Alexian Hospital locations.