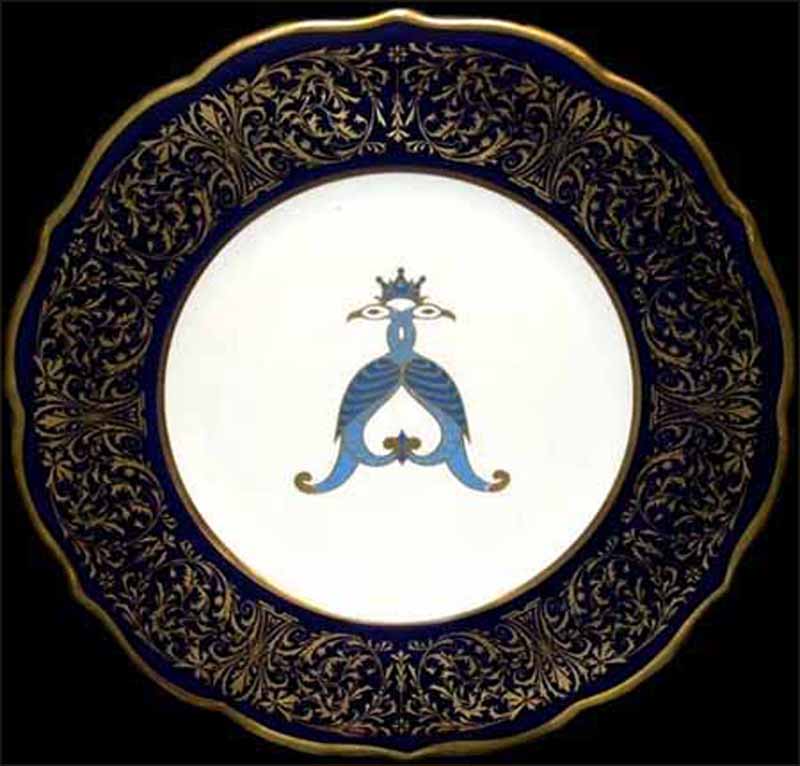 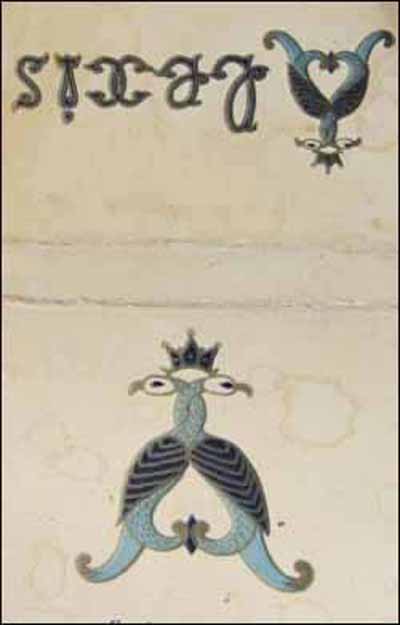 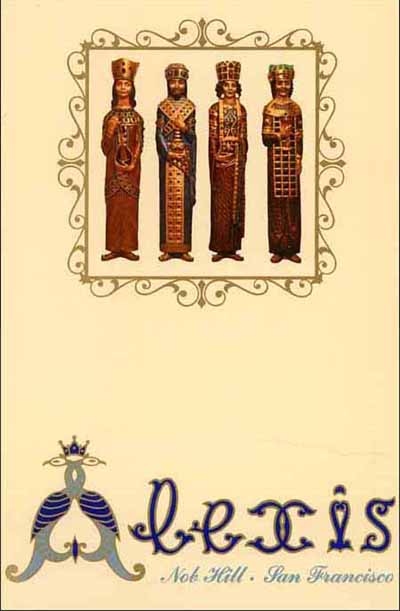 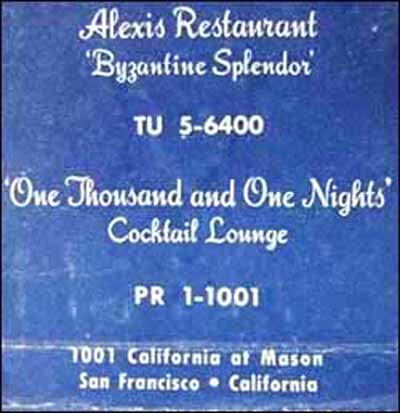 According to the Oakland Tribune, a $4,000 robbery occurred at the Alexis in 1972 (the same year as this plate was manufactured). The robber gained entry by pretending to be delivering a package. He forced the cashier, Mrs. Bessie Ow, 36, to open the restaurant safe, then handcuffed her to a stairwell. On his way out with the loot, he stopped to give Mrs. Ow was was described as "a friendly thank-you kiss."

The restaurant's cuisine was "Russian, continental." Lunch and dinner were served in a moderate-to-expensive price range.

The plate with scalloped border has a white background with a center motif that resembles the mirror image – in blue – of a pair of birds with a shared topknot or crown. The wide rim, with either a black or navy background, has a metallic gold design and a metallic gold line on the edge.