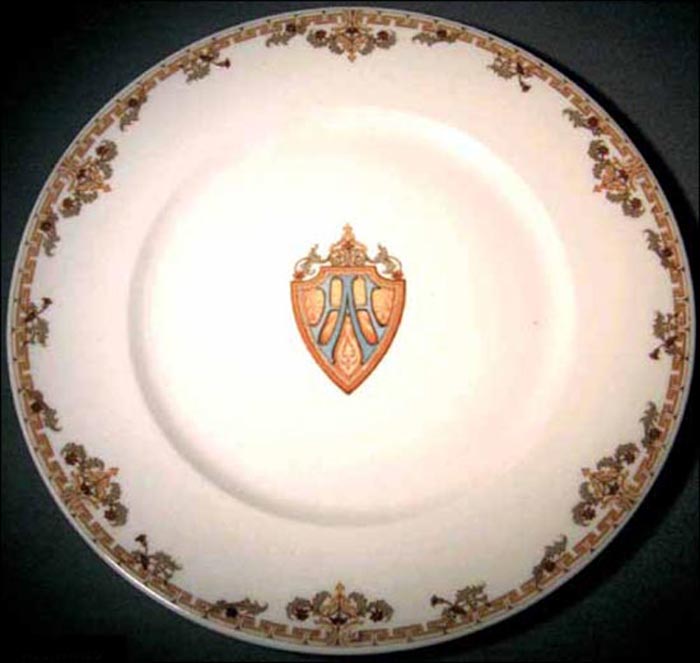 Notes: From the Wikipedia, the luxurious Hotel Allen opened in 1882 as a six-story hotel on the northeast corner of Center Square in Allentown, Penn., with retail shops on the first floor and an observation tower on the building's seventh floor. It became the area's premier destination and over the course of its history provided lodgings to three U.S. presidents.

However, the larger Americus Hotel opened in 1927 with more modern amenities, and that, along with the Depression and World War II, led to the Allen's demise. "The owners at the time, the Koch Brothers who operated a clothing store on the ground floor, renovated the property, modernized the basement and removed its upper stories, leaving the hotel with the ground floor and two upper stories. However despite the economic boom of the postwar era, the aging hotel closed its doors in 1954." It was demolished in 1956.

The ID for this crest comes from a July 2014 ebay listing for stationery used by the Hotel Allen, dated 1918. It has the same crest and the same overlapping monogram of A and H. Keywords: rwcnAH rwcnHA