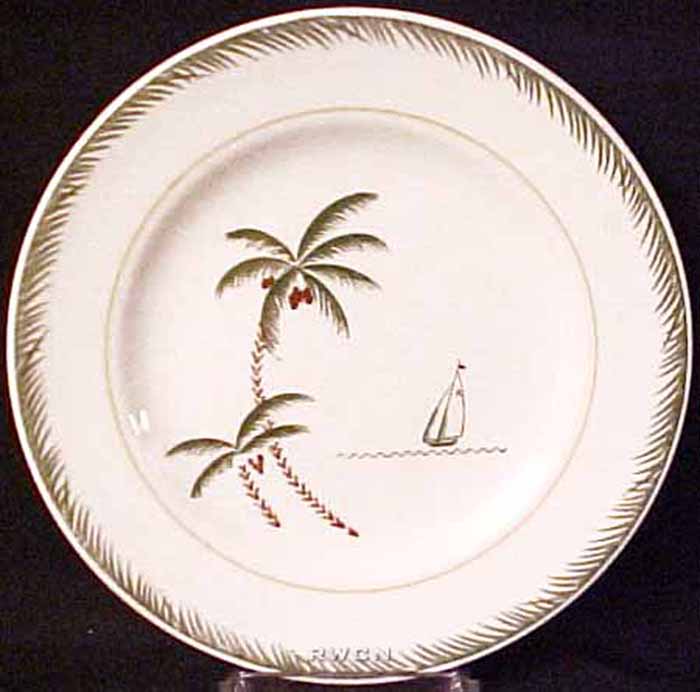 The center of the plate has a design with two coconut palms and sailboat against the white or ivory background, and there is a border of palm fronds.