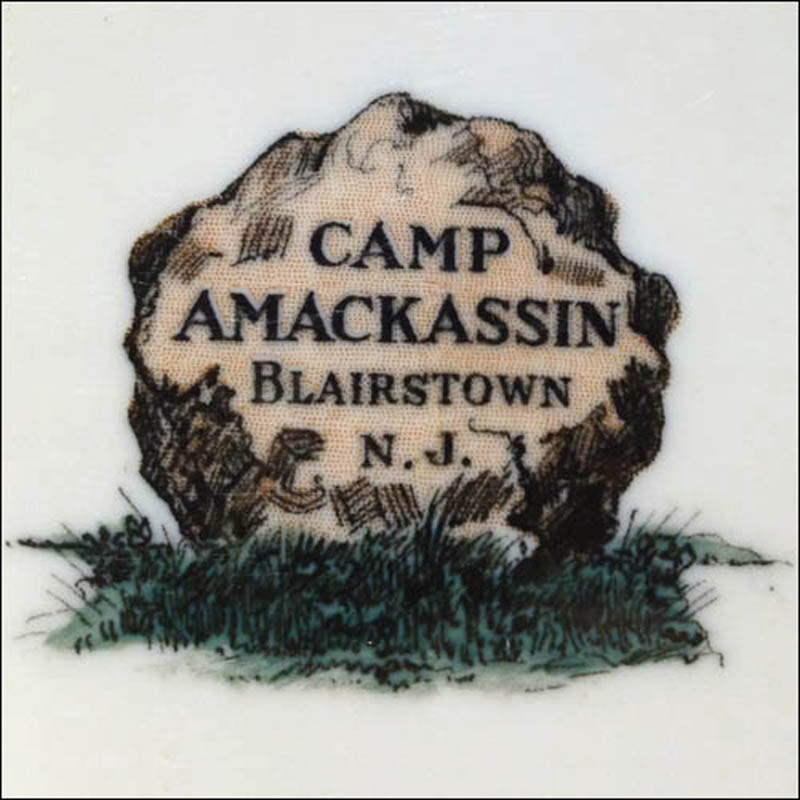 Notes: This china was originally produced for Amackassin Camp, located on top of a mountain near Blairstown, N.J. No information has been found about this camp.

However, Earl A. and Jonnie Taylor purchased the camp at some point after it closed and converted it into a boarding school for troubled youth with learning disorders. The school instructed about 20 students with a staff of about eight. The dining room was located on the first floor of the main building, and the school used this china that had been left behind when the camp was closed.

Along with James and Carl Taylor, Earl Taylor developed the Ophthalmograph, an eye movement camera, and the Metroscope, a machine with three shutters that exposed a line of print one-third at a time and at a controlled rate. These were two of the first instruments used in reading instruction in the United States. Earl Taylor also published "Controlled Reading," in 1937. Far ahead of its time, the school addressed general health and wellbeing from several levels – not purely traditional academics.

The Taylor family operated the school during the 1950s and early 1960s.

Amackassin is the Native American word for "big rock," and the rock shown in the center of the china represented a large rock located beside the camp/school's entrance at the base of the mountain. More decoration on the china (not shown) was a band on the rim composed of long, dark blue sections with alternating red and blue squares between these sections. Black pin lines flanked the sections.