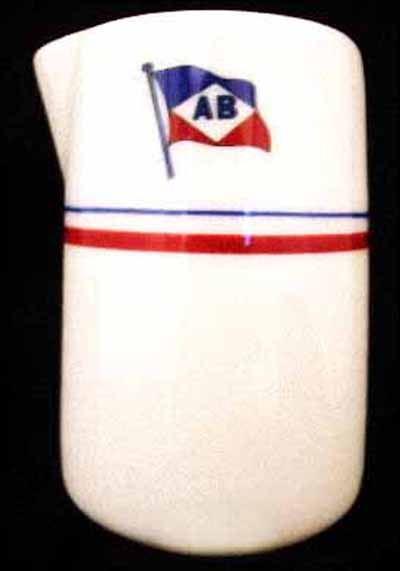 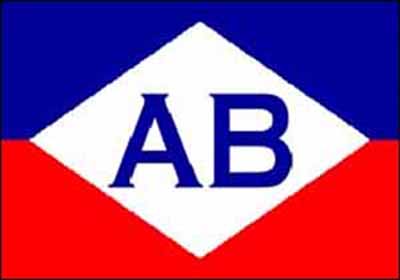 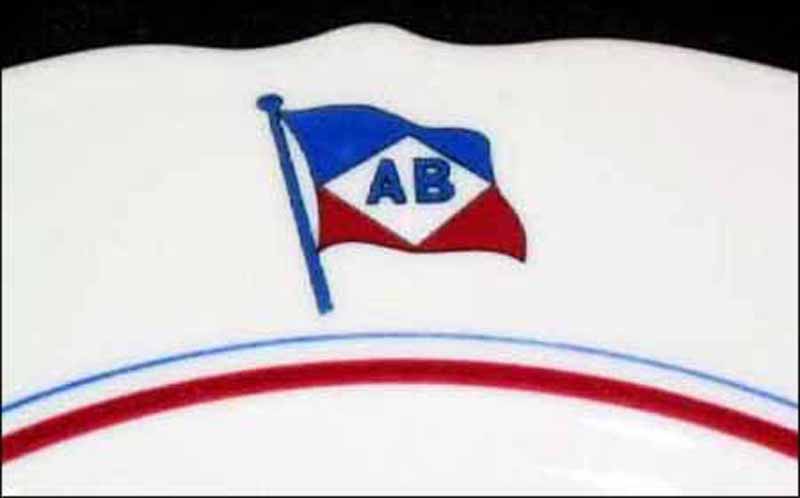 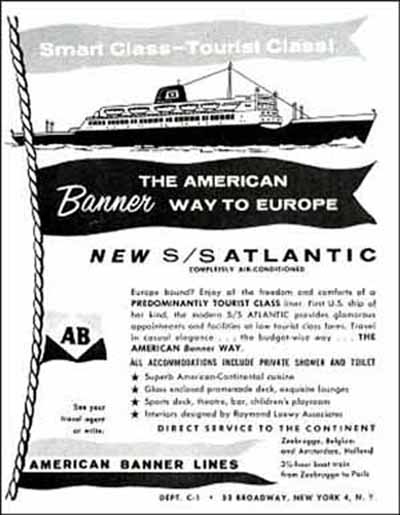 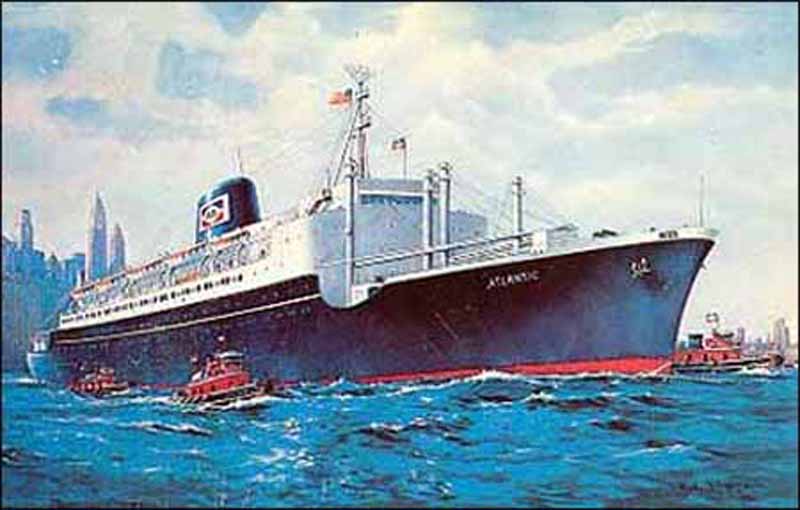 Notes: American Banner Line sailed between New York and Amsterdam, 1958 – 1959. Its sole ship was the Atlantic, which was bought by American Export Lines.

The line's flag was a rectangle of deep blue over red, intersected by a horizontal white diamond with AB in the center, in blue. The china has a thin blue line and an adjacent red band on the verge of the plate. Keyword: rwcnAB