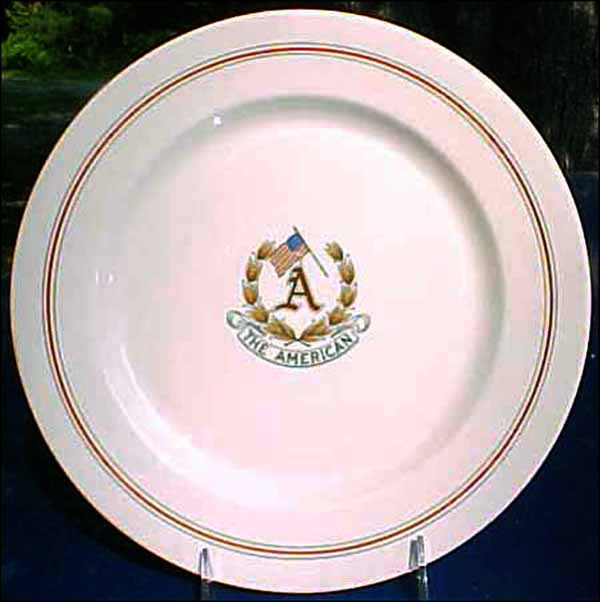 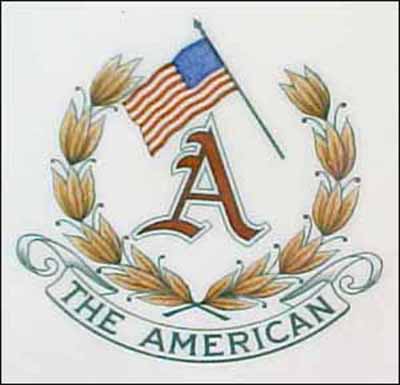 Notes: This china was used at the American Hotel in Reading, Penn., which advertised a "Soda-Gill and Tea Room Attached" in the 1927 Hotel Red Book. This was identified by a matching logo on a 1922 envelope that was listed on eBay in June 2016. Proprietors were Ammon and Kershner.

The service plate has a white body with red and green lines on the mid-rim. Topmarked with an American flag of red, white and blue, above a red letter "A" set within a wreath and a green banner beneath that reads: The American.