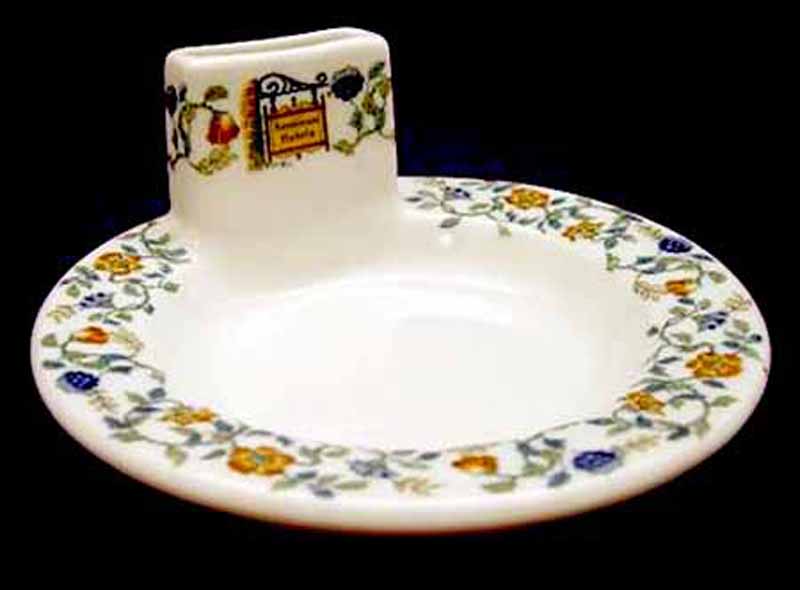 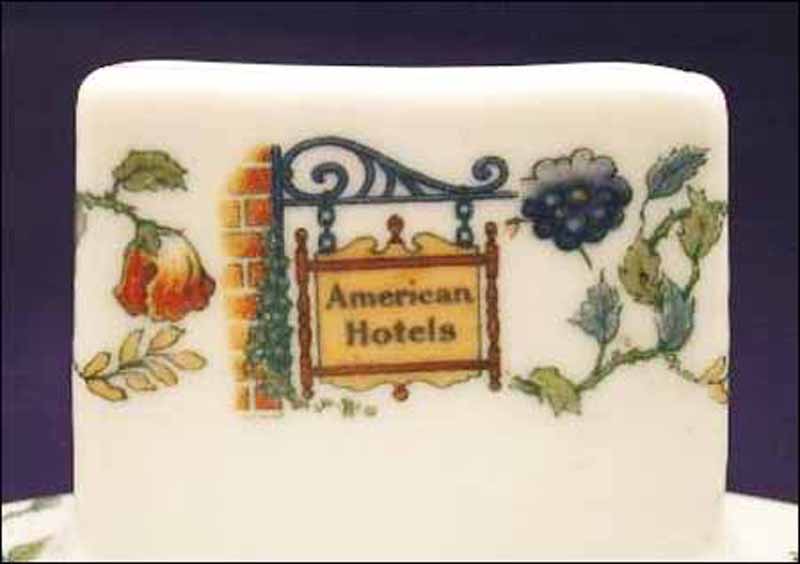 Notes: The American Hotels Corporation, headquartered in New York, had hotels located across the United States (and one in South America, the Del Caribe in Cartagena, Columbia, as well as the Jaragua, in Ciudad Trujioo, Dominican Republic), though the chain was concentrated in the Northeast.

The design consists of a flower and vine border in green, orange and blue, intersected by American Hotels' logo, a brick wall with sign hung from a sign hanger. The sign says: American Hotels. The pattern was designed by C. M. McKaig and was patented in 1925 as DES 69,147.