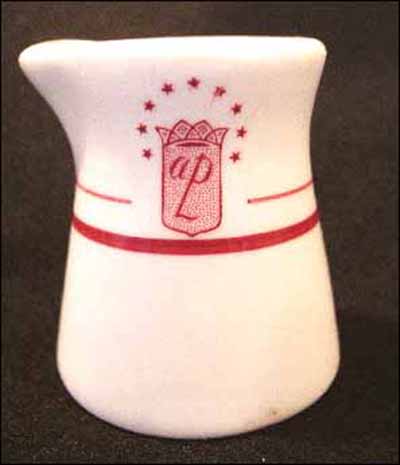 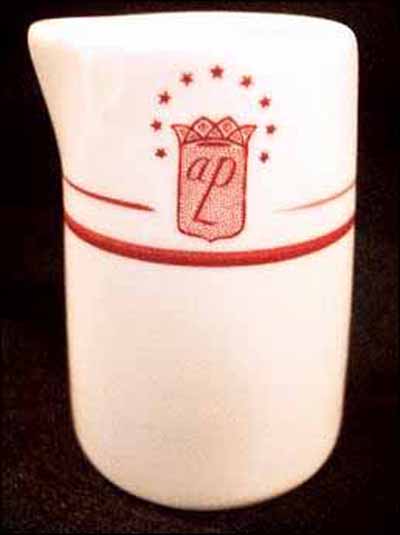 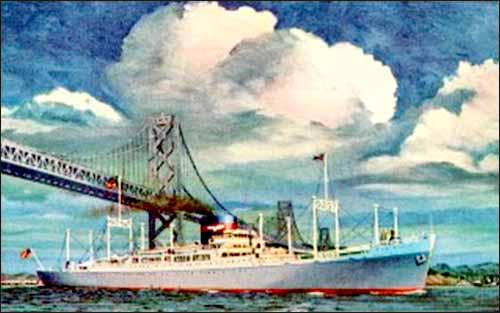 Notes: The Pacific Mail Steamship Co. (1848 – 1925) was purchased by The Dollar Line (1900 – 1938) in 1925. The Dollar Line was taken over by the U. S. Maritime Commission in 1938 and renamed APL – The American President Line – and the eagle became the APL logo. Designed to resemble the flag belonging to the Office of the President of the United States, the first APL house flag featured a red eagle and four stars. "Ever since, APL vessels have been easily recognized by an august assemblage of eagles."

APL offered transpacific ocean liner service until 1972 and operated freighters (with a 12-passenger limit) to the Orient, as well as container ships.

The logo has a shield with A P L interconnected in dark red monogram on a light red background, and surrounded by a semicircle of nine red stars. There is also a thin and thick red line around the logo. (Search key: rwcnAPL)