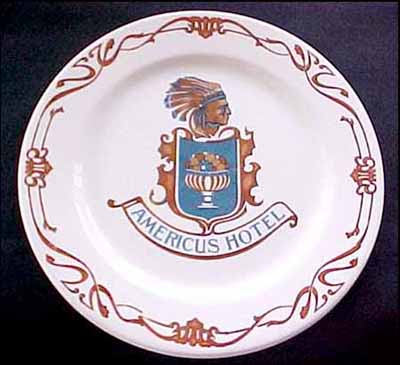 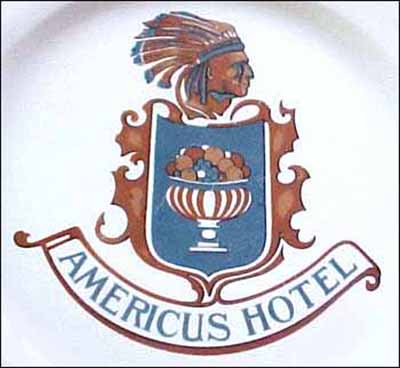 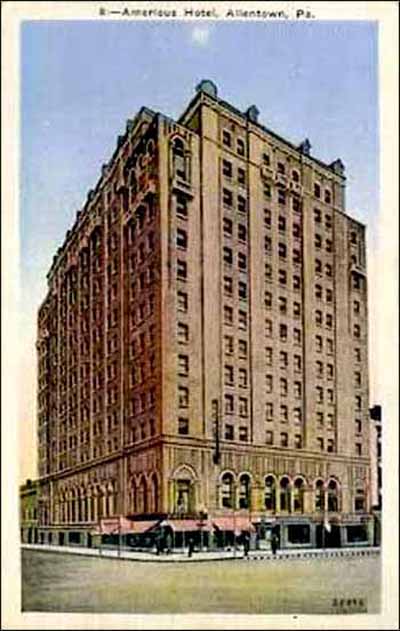 Notes: At a cost of $2.5 million, the 14-story, 350-room Americus Hotel opened on Sept. 13, 1927, in Allentown, Penn. The hotel built by Albert "Bert" Gomery, an Allentown business man. It was named for Amerigo Vespucci, the 15th century Italian explorer.

By the 1970s, the hotel was in a state of decline, and by the early 1980s had only 80 rooms and 40 apartments. Tenants eventually were forced to move from the hotel because it was unfit for habitation.

The building has been sitting vacant for years with the exception of a few businesses on the Sixth Street side and the infamous Americus Hotel Lounge in the basement.

The building was added to the National Register of Historic Places in 1984.

An American Indian in headdress is facing right, over a shield that contains an urn or compote of fruit. Below is AMERICUS HOTEL. This design is rust and blue. On the border is a classic Art Nouveau border of vines, ribbons or tendrils in rust.