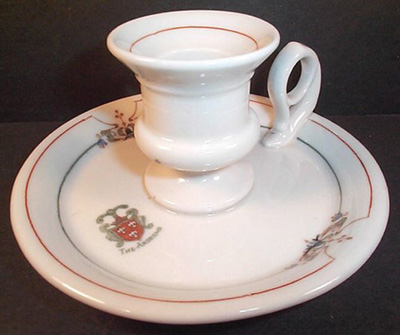 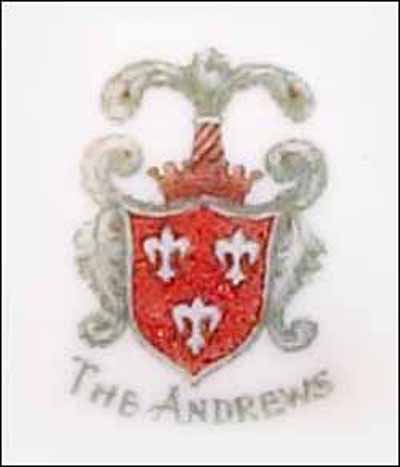 Notes: The candle stand was used at the Andrews Hotel in Minneapolis, Minn., a 10-story, twin-towered 328-room hotel located at the corner of Fourth Street and Hennepin Avenue. The Andrews was built in 1912 by the H. L. Stevens Company; a major addition was added in 1916.

The hotel was in operation during most of the 20th century. However, as time caught-up with the once grand hotel, it eventually closed, and the structure was demolished in 1986.

Boutell Bros., a large home furnishings store, served as distributor for this china.

The Lamberton China white body has a multicolored Art Nouveau ornamental border design with orange and gray pin lines. It is topmarked with the Andrews Hotel logo, featuring three fleur-de-lis in a shield adorned with a crown and feather plumes and the words "The Andrews" beneath.