IDwiki » All Contents » A » Angelus Hotel 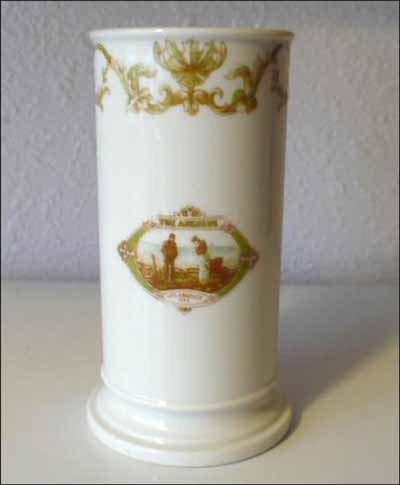 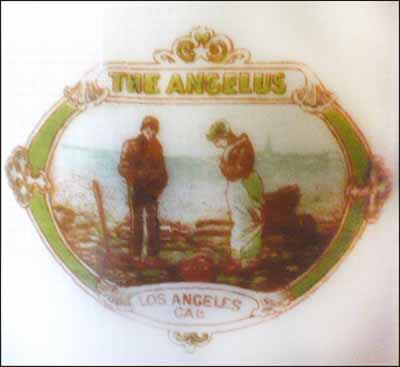 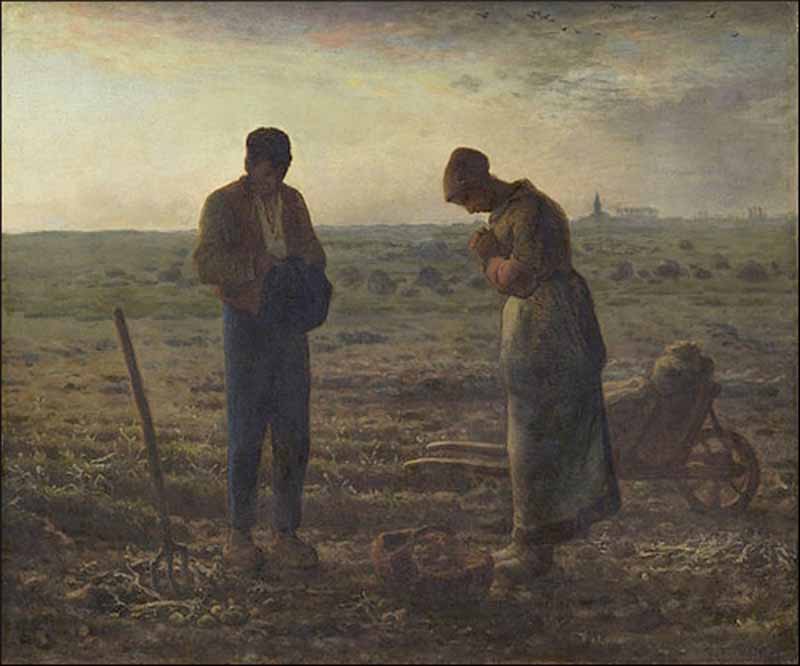 19th century painting, El Ángelus, on which the design was based 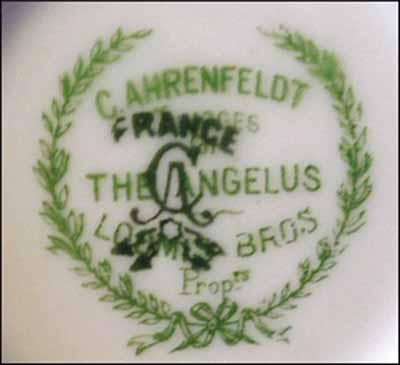 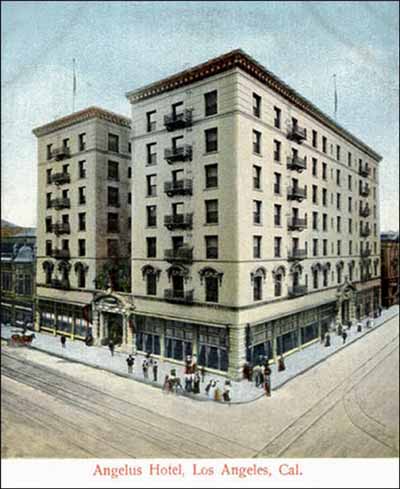 Notes: Located at the intersection of Spring and Fourth streets in Los Angeles, Calif., The Angelus was built in 1901 by G.S. Holmes (also the proprietor of The Knutsford Hotel in Salt Lake City, Utah). Advertised then as the tallest building in Los Angeles, the hotel consisted of two, eight-story buildings joined by a central structure with a lobby, dining rooms, meeting rooms and other shared facilities, including a central court yard on top.

According to The American Globe, Independent Illustrated Monthly of 1909, The Angelus was sold circa 1903 to the Loomis Brothers, who were experienced hoteliers.

The Angelus had a Turkish-themed room in its early days, along with a bowling alley, billiards, a buffet and hair dressing parlor. Click here to view an early hotel brochure. Under the Loomis Brothers, the hotel later offered onsite "progressive tailoring" services by Eisner & Company.