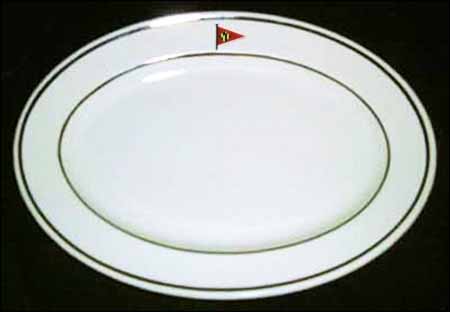 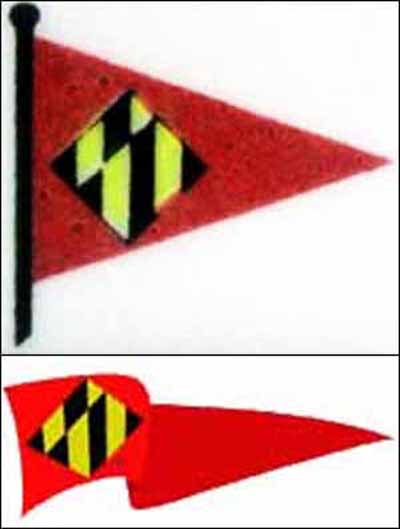 Notes: The Annapolis Yacht Club, located in Annapolis, Md., began in 1883 as an informal canoe club. Two years later a building was constructed on what has been referred to as a pile of oyster shells and became the first club house for the Severn Boat Club that was later renamed the Annapolis Yacht Club.

As of 2008, the club is a hub of social activity with 1,400 members and well-known international sailboat races.

The platter with concentric dark lines on the verge and border also has the club's triangular flag, with red background and black and yellow square – somewhat checkered – inset design.