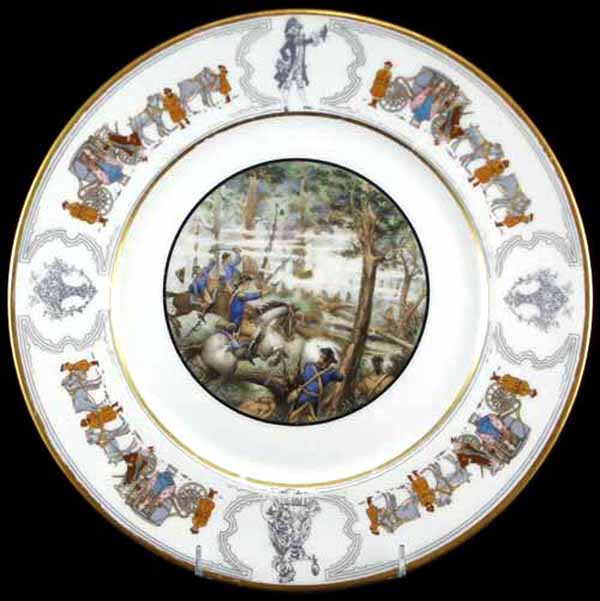 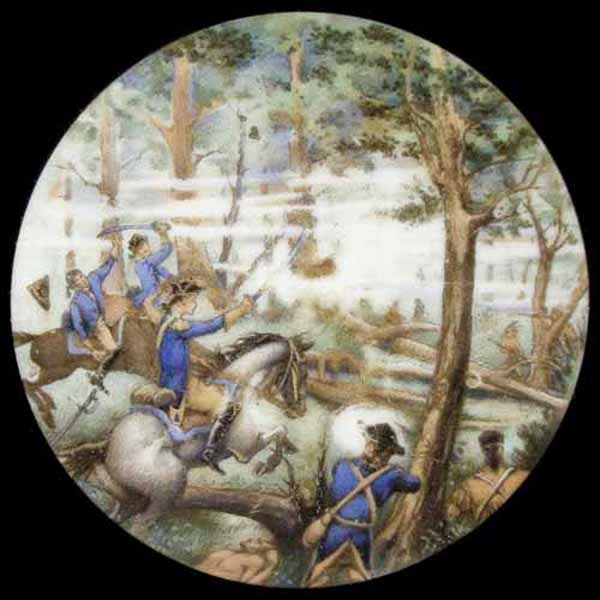 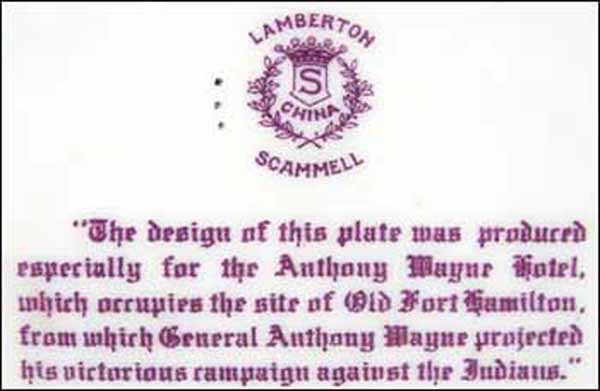 Notes: The Hotel Anthony Wayne was located on Monument Avenue in Hamilton, Ohio, and when dedicated in 1927, the ceremony was attended by a large group of Native American Indians in full regalia.

Named after Mad Anthony Wayne, a Revolutionary War hero, this architectural tribute became the social focal point of the town. It later reopened as senior housing after a period of decline.

The service plate has metallic gold lines on the rim and verge with grayscale images of men and women in Revolutionary War-era clothing and a basket of flowers on the border. Interspersed among these are scenes in full color of horse-drawn carriages and men and women, again, in period costumes.The large circular design in the plate's center depicts a battle in progress with men on foot and on horses in a wooded setting.

Photos and ID contributed by apPaul