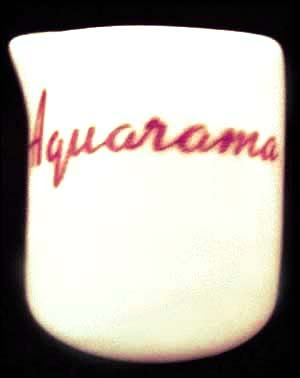 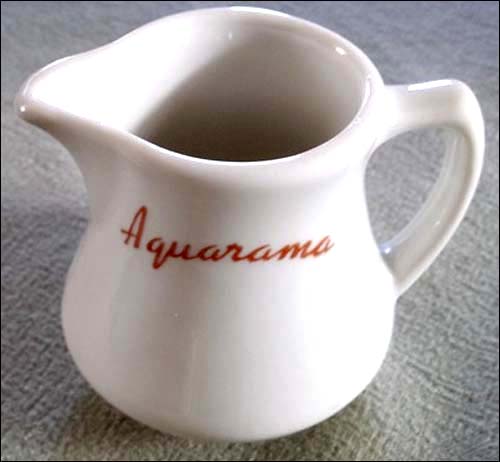 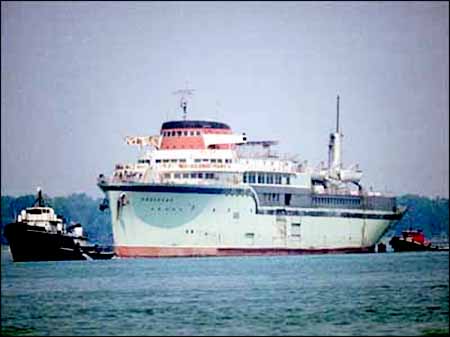 Notes: "Dining on Inland Seas" indicates this pattern was made by Walker.

As to why the company name was different than the ship name, Dan Krummes wrote, "the Michigan-Ohio Navigation Company was pretty much a one passenger ship operation in the 1950s. They were attempting to revive the faltering Great Lakes passenger trade with the Aquarama. For that reason the company probably decided to mark one of the two china patterns used aboard the Aquarama with the boat name."

The creamers have Aquarama in red script as their only decoration.