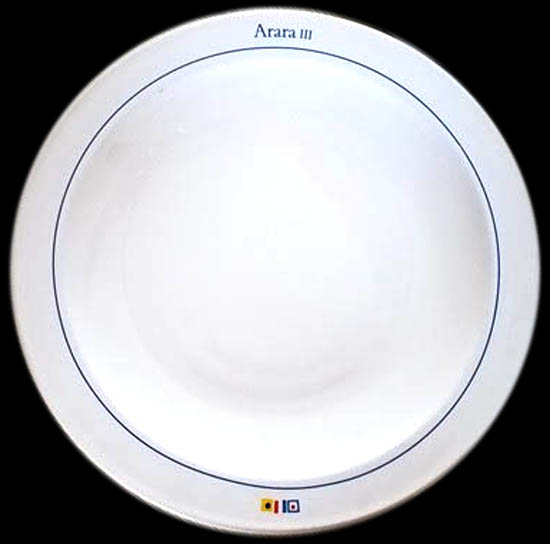 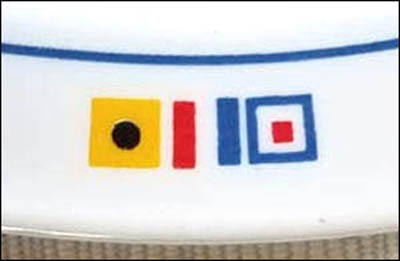 Notes: The Arara III, a 129' long aluminum luxury yacht was designed by Jack Hargrave and built by the Burger Boat Works at Manitowoc, Wisc. It was delivered in 1977, and refit in 1997. It carries up to eight guests with up to five crew and would be available for chartering. The Illinois Tool Works used it as their corporate entertaining yacht, hence the ITW flags. It was sold again and renamed the "Mimi" and is no longer available for charter.

White Corning glass in Pyroceram body, thin blue pinstripe approaching verge. Plate has "Arara III" at top; at the bottom are three nautical flags signaling "ITW." Side plate has only the nautical flags.