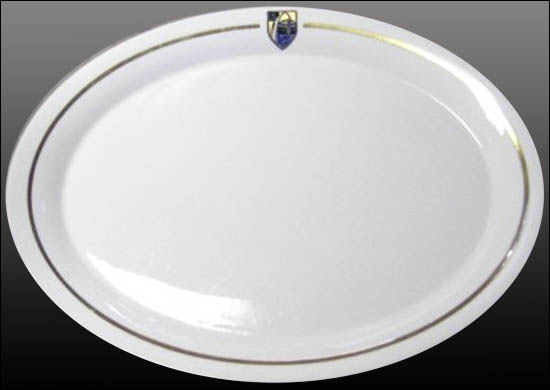 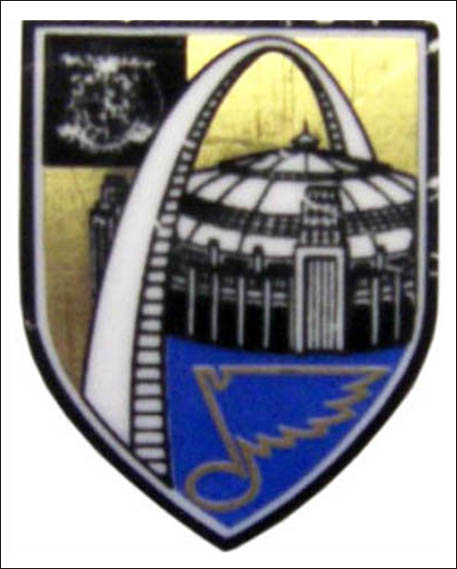 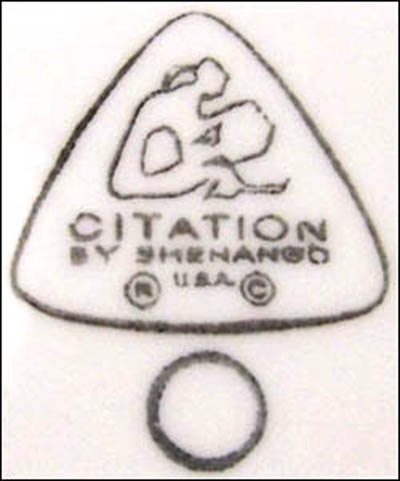 Notes: This platter comes from the Arena Club of the St. Louis Arena, so-called the Checkerdome during its ownership by Ralston-Purina. The Arena Club was in operation from the late 1960s to the mid-1970s and was operated by the Missouri Arena Corporation. The St. Louis Blues hockey team, founded in 1967, played games at this stadium until it was razed in 1999.

The platter with metallic gold border line has the venue's blue, white and gold shield logo that includes the Missouri State Seal, the Gateway Arch and the hockey team's logo.

ID and photos contributed by krisbaker