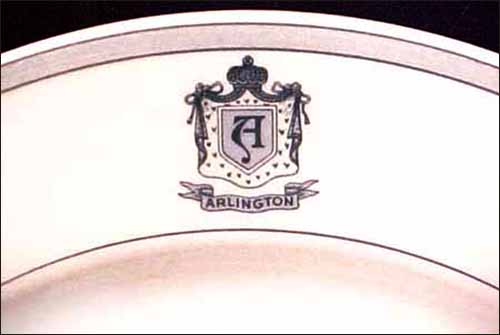 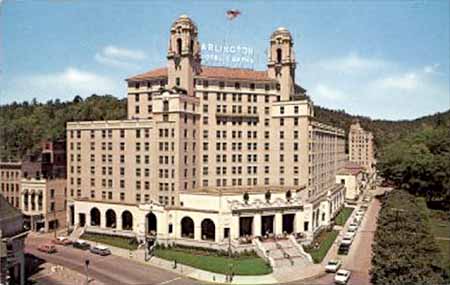 Notes: The first Arlington Hotel was built on Fountain Street in Hot Springs, Arkansas in 1875. In 1893, that hotel was razed and a larger, more elegantly designed hotel was built. This second hotel burned to the ground on April 5, 1923.

The current and third Arlington Hotel was built later on a site opposite Fountain Street and was completed November 28, 1924. It was ten-stories tall with 560 rooms. Restoration on it begain in 1979 and a second renovation in 1999 brought the count of rooms/suites to 480.