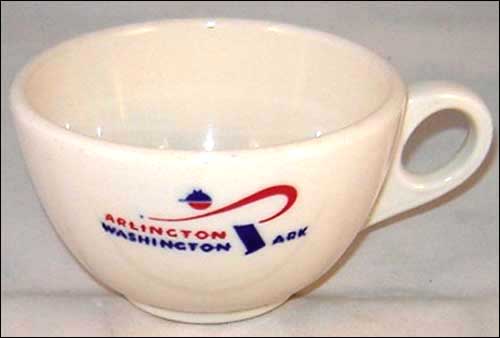 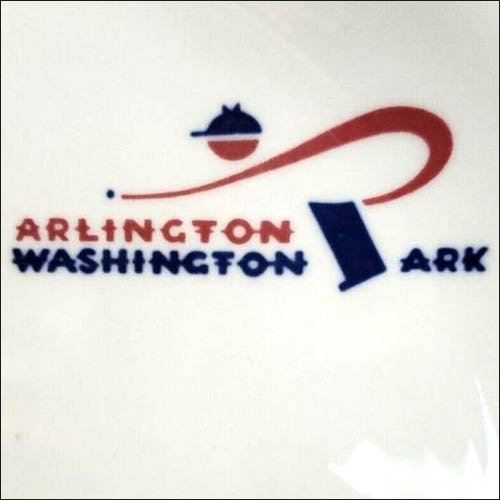 From the 1940s until the 70s, both were owned by Benjamin F. Lindheimer and later, his adopted daughter Marjorie Lindheimer Everett.

In 1977 the Washington Park stands burned down, and the property was eventually sold off for other uses. The Arlington Park continues in operation today, owned by the Churchill Downs Group.

White body mug with red and blue logo of a stylized jockey, formed from the P in Park, leaning left over the rest of the name, spelled out.