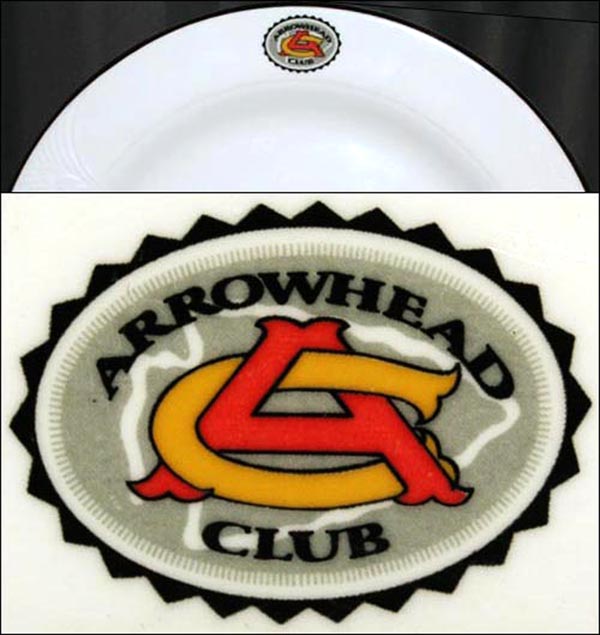 Membership in the Arrowhead Club was open to anyone for an annual fee, with food and beverage options available, and season ticket holders reserved tables by the windows for a view overlooking the field.

The design is placed on an off-white Syralite body with black line on the embossed rim. The logo is an intertwined red A and an orange C placed over an arrowhead against a gray background, with the name Arrowhead Club above and below the monogram. (The logo was confirmed by the historian of the Chiefs.)

ID and photos contributed by sprice125