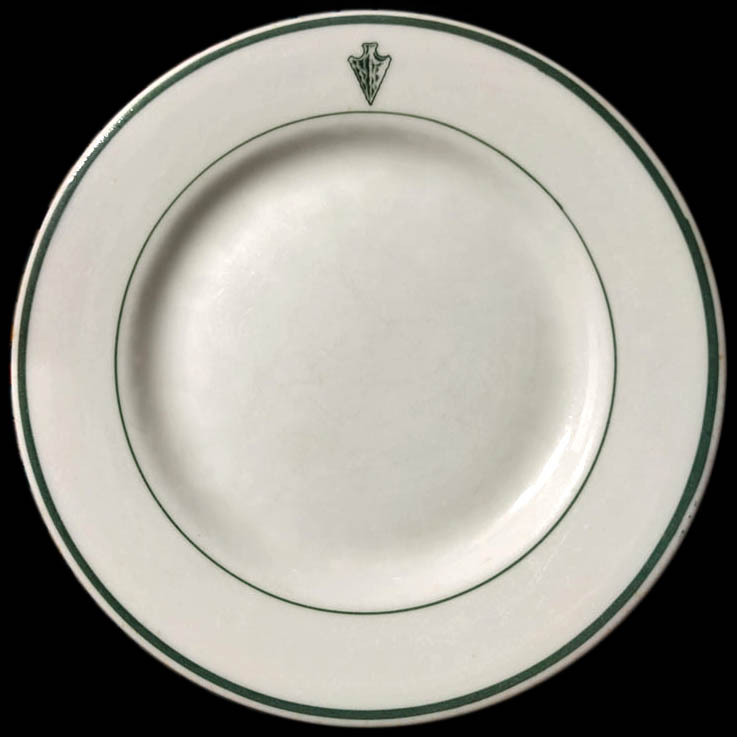 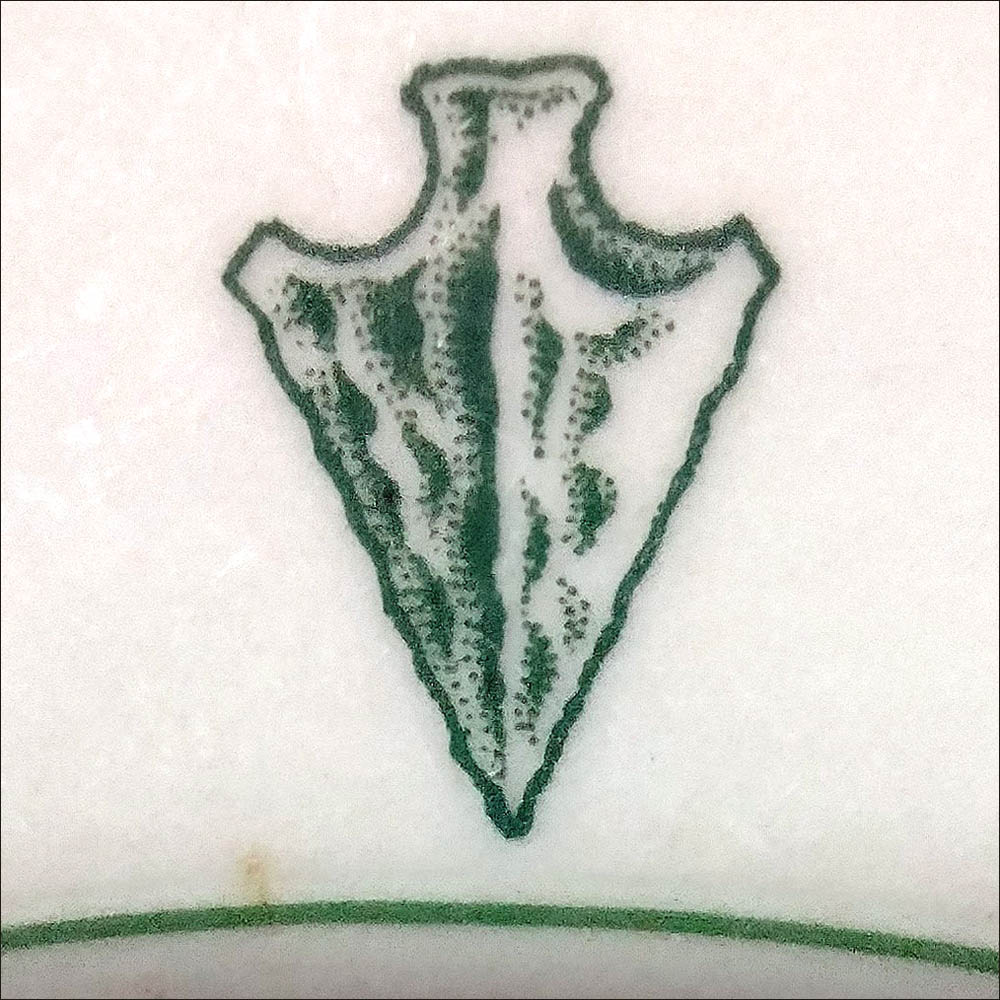 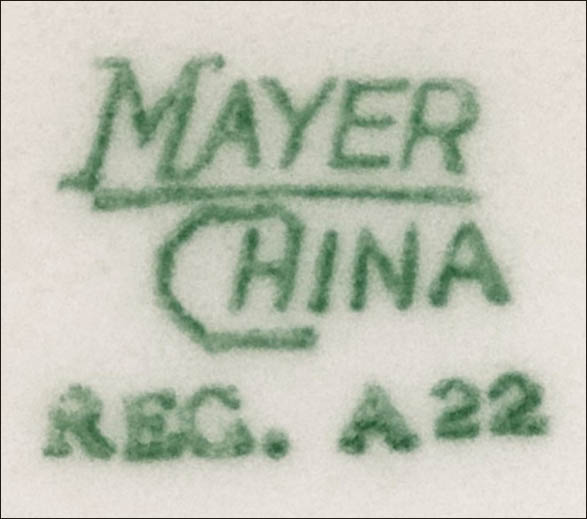 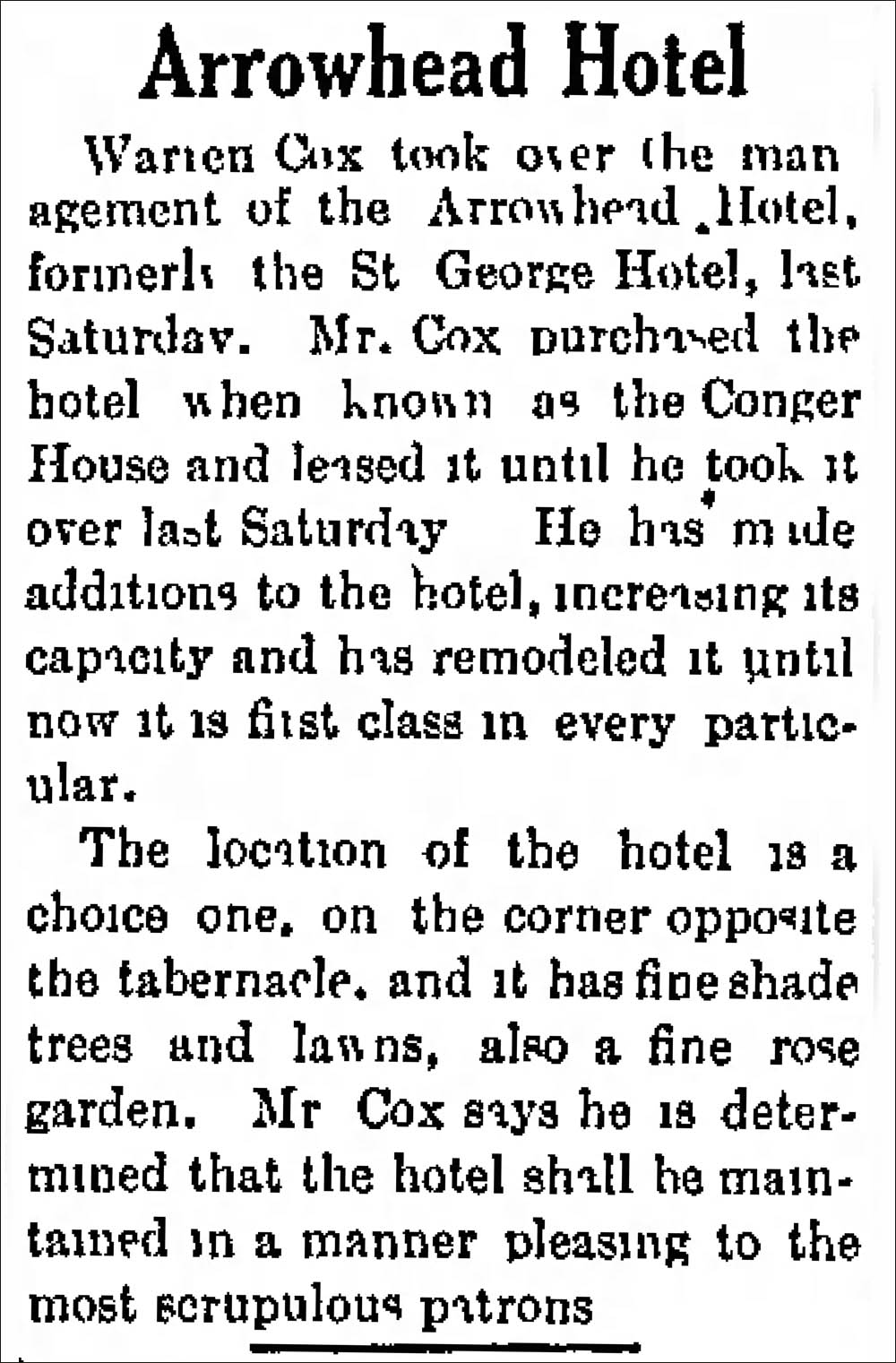 1917 Article in the Washington County News concerning the Arrowhead Hotel 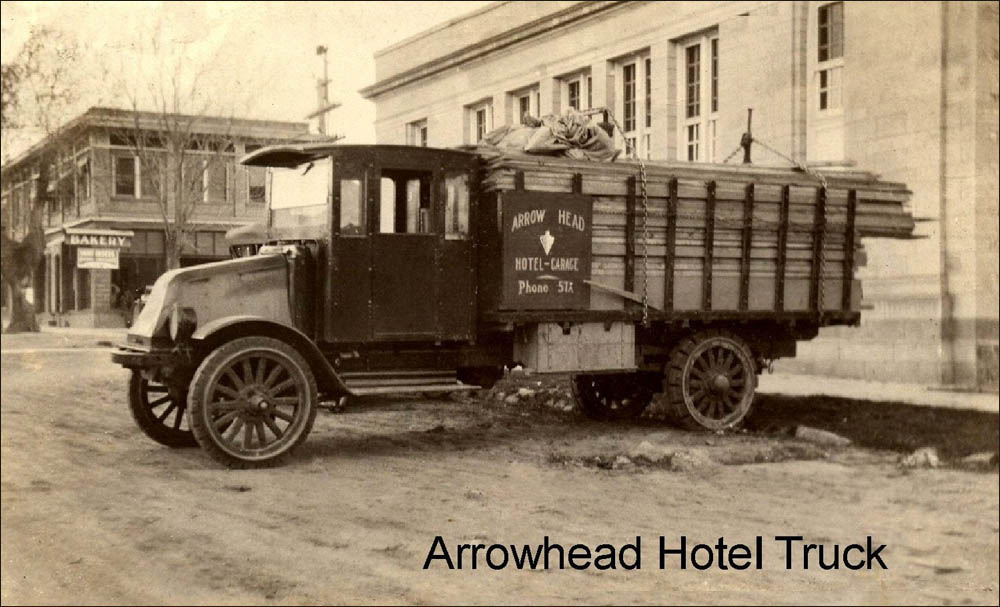 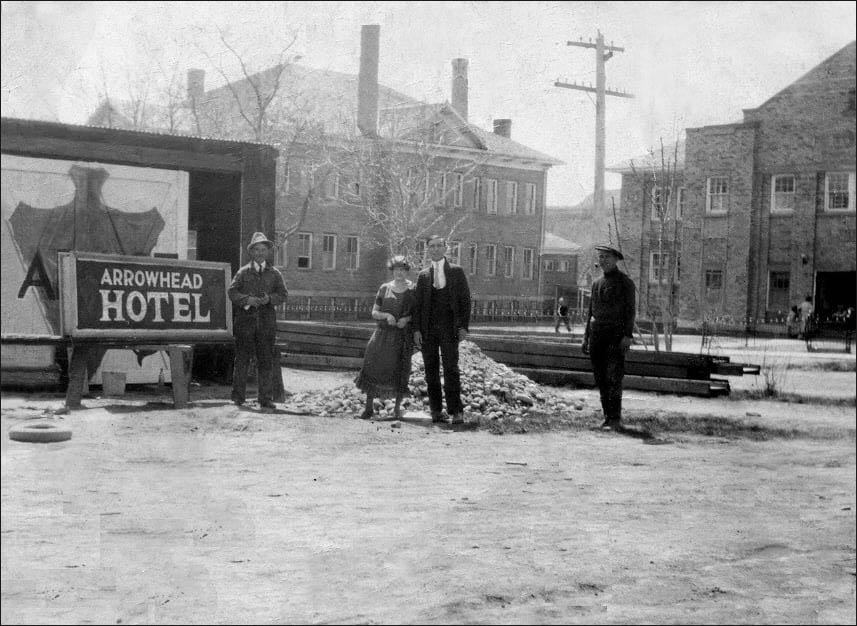 1927 Advertisement in the Washington County News for the Arrowhead Hotel 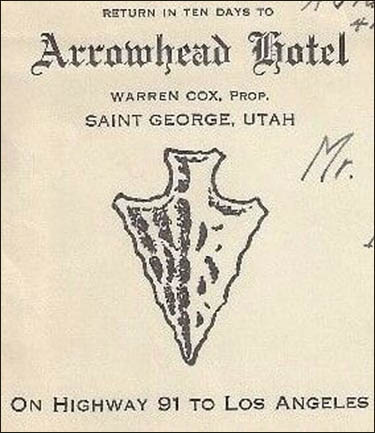 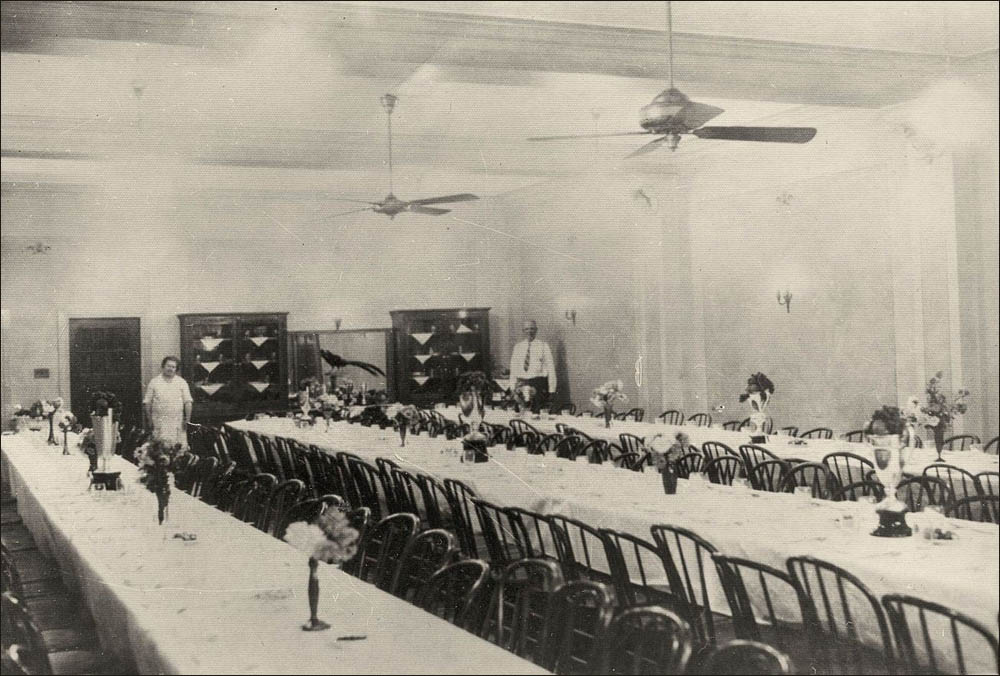 Dining Room at the Arrowhead Hotel 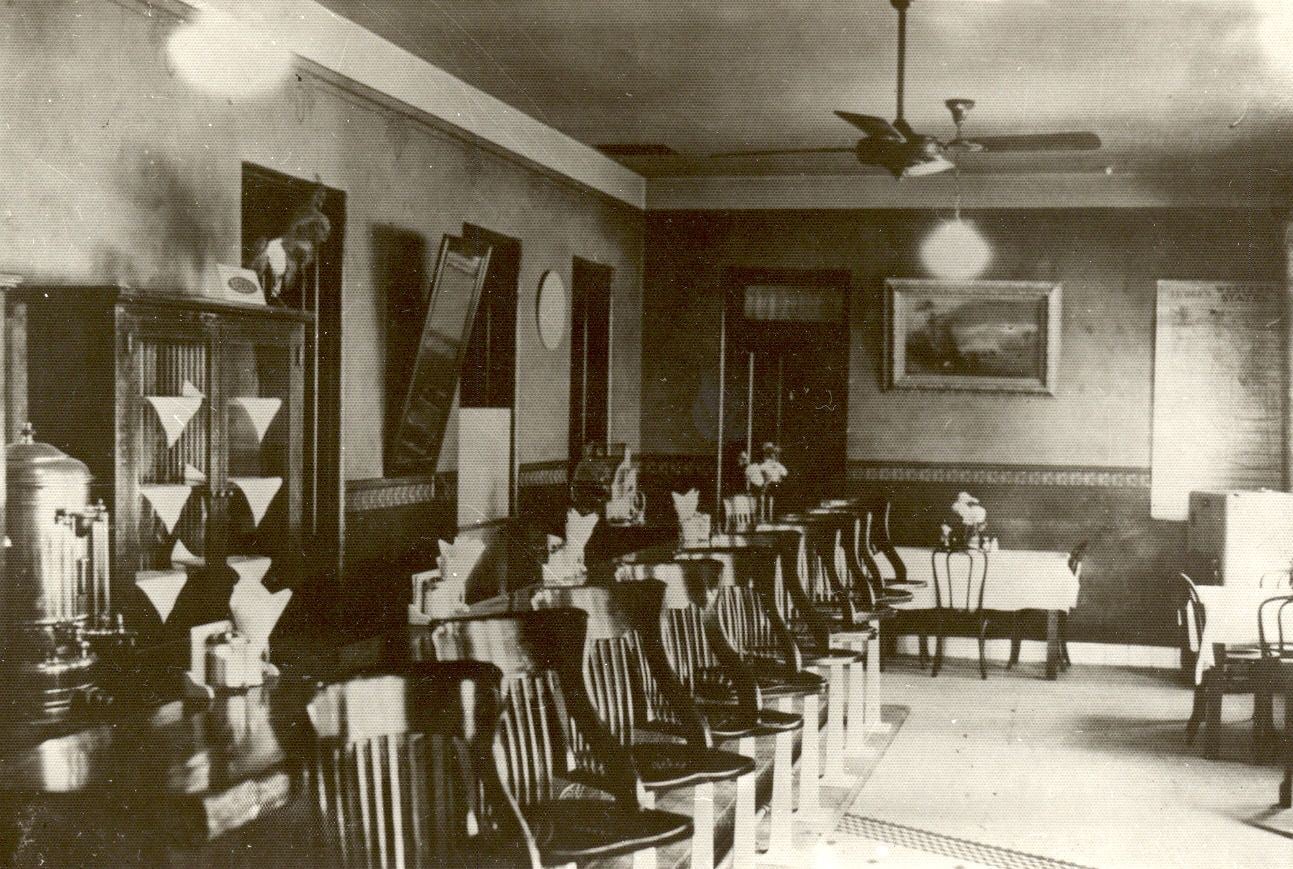 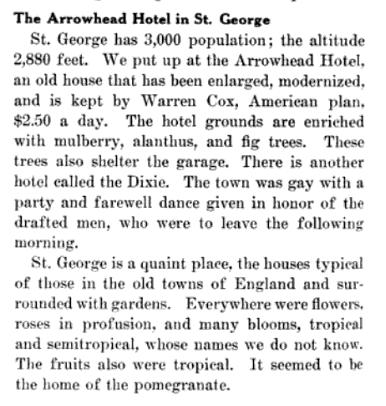 Notes: Warren Cox purchased the Conger House a small six-room hotel at the corner of Main and Tabernacle Streets in Saint George, Utah, from Miss Mary Conger in 1916. For a short time, he leased out the operation as the Hotel Saint George before taking over management and renaming it the Arrowhead Hotel. It was named after the Arrowhead Trail, which was the first all-weather road in the Western United States and connected Saint George to the broader world opening the possibility of a tourism-based economy. By 1927, the hotel had increased its capacity to 50 rooms. It was known as an excellent hotel with a home-like and restful atmosphere. In later years the hotel was operated by the Judd family. By 1961, the building had ceased operating as a hotel. It is unknown when the Arrowhead Hotel structure was torn down, but the location is occupied by modern building housing a Wells Fargo Bank as of April 2022.