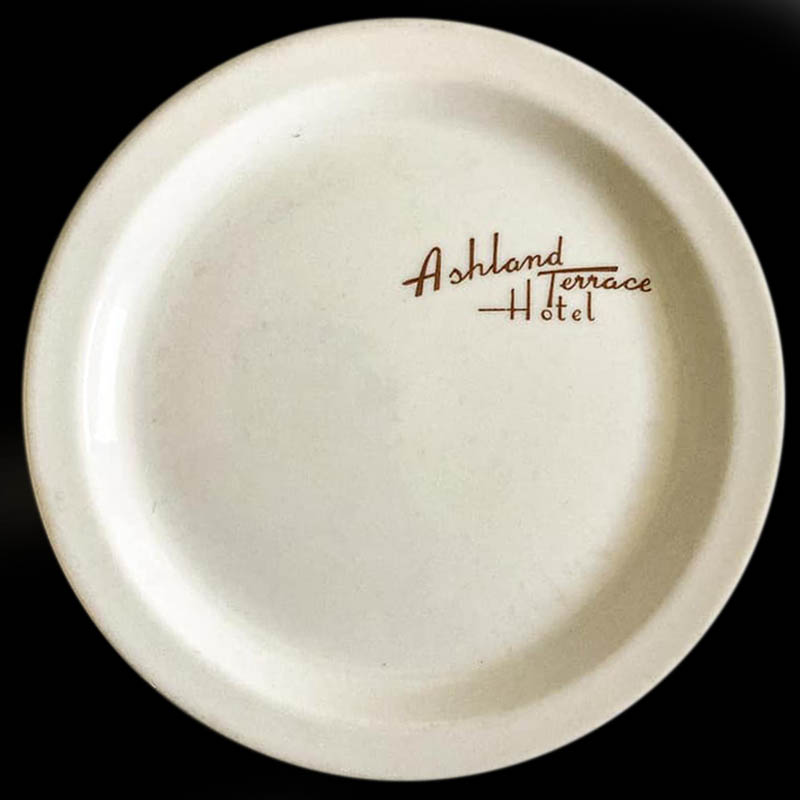 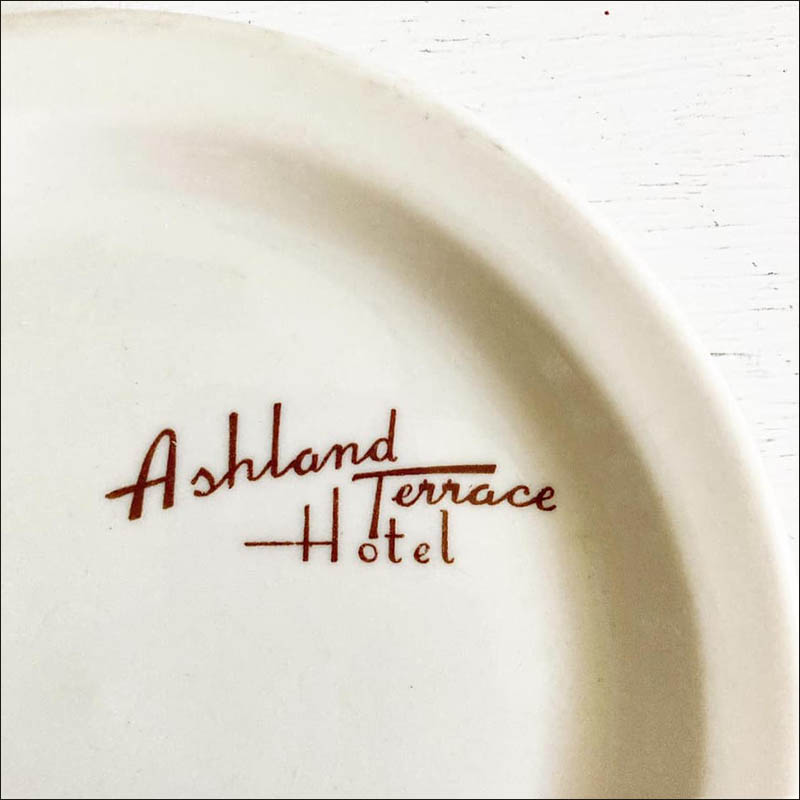 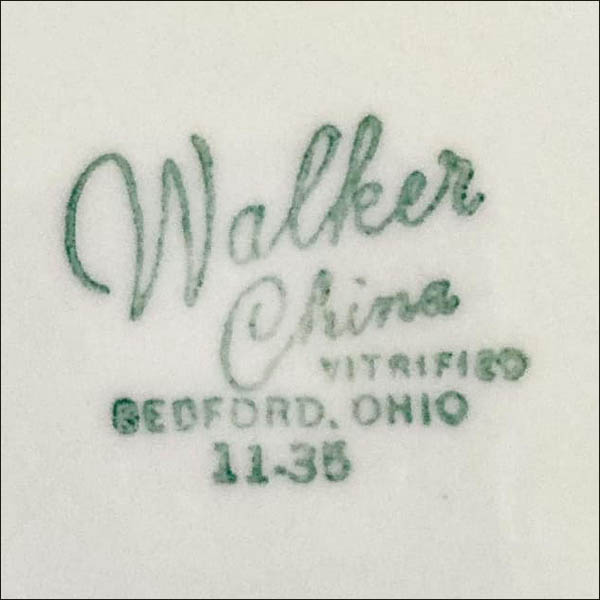 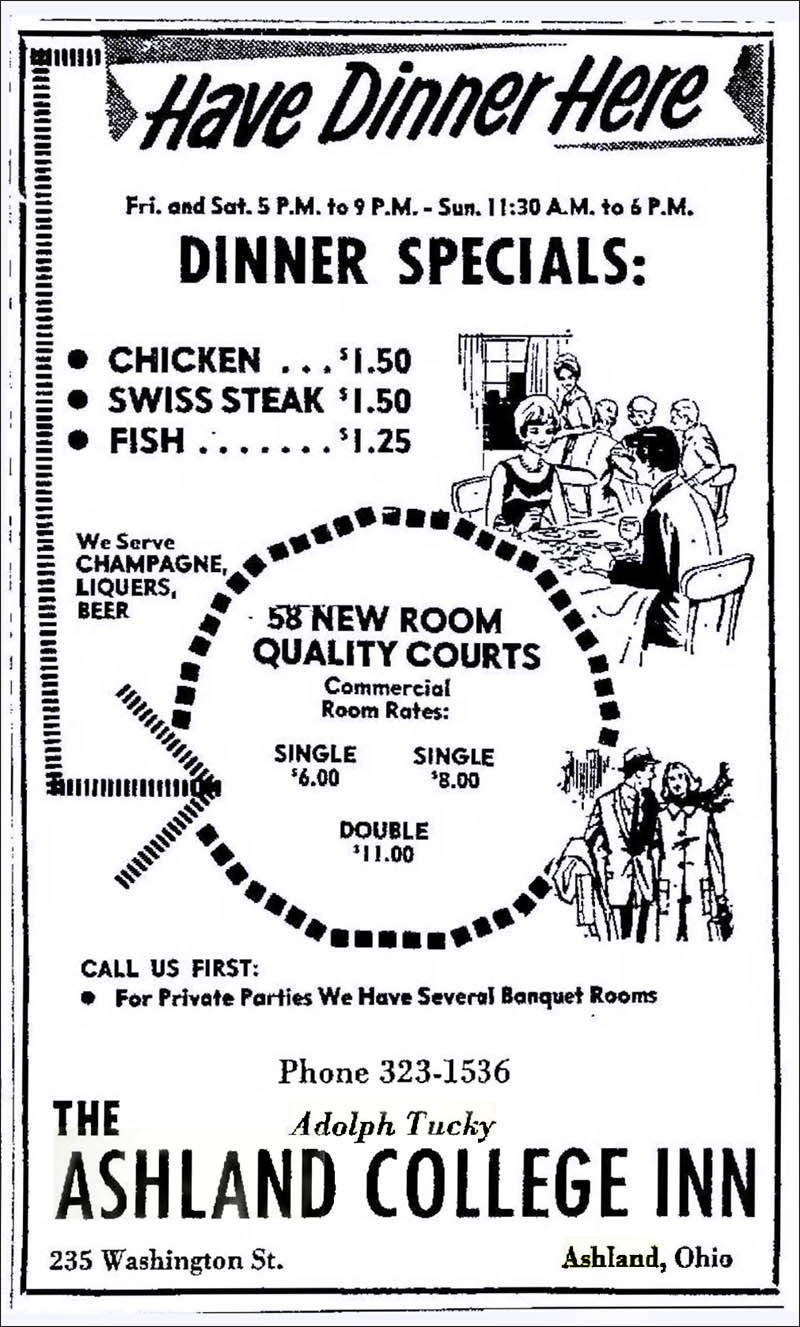 Notes: The Ashland Terrace Hotel opened in 1958, on 235 East Washington Street in Ashland, Ohio.  Whether it was more of a motel or a hotel is unclear, as shown in the 1964 newspaper ad above advertising its dining room.  As detailed in the same ad, its meal prices were very reasonable.

In another newspaper article from 1965, it was reported that Ashland College was considering purchasing the property. Since by 1967 the property was renamed as The Ashland College Inn, as shown in the as above, it is assumed that the purchase was finalized.

It is not known when the hotel/motel closed, but at some point it was converted into the Scarborough Square apartments.

White body plate with the words "Ashland Terrace Hotel" shown in a distinctive script in red in the upper right side of the well.