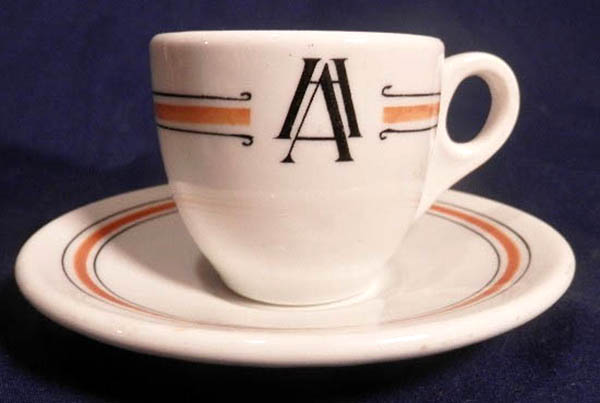 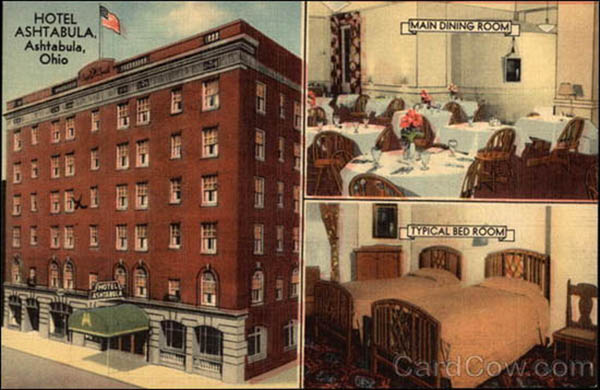 Notes: The six-story, 109-room Hotel Ashtabula opened in 1920 at 4726 Main Avenue in Ashtabula, Ohio. It contained a restaurant, cocktail lounge, and ballroom. The Kiwanis Club met there for lunch on Tuesdays, the Exchange Club on Wednesdays, The Rotary Club on Fridays, and the Lions Club on the first and third Tuesdays of each month.

The hotel closed in 1965. In 2014, it was restored and converted into offices, condos and a 32,500 square foot facility for Signature Health.

Crested with black transfer interlocking HA monogram in uppercase serif letters, with vertical strokes on H set to angle of A that is in center. Orange line outlined by black pin lines with curled ends, flanking the monogram. Keywords: rwcnAH rwcnHA

The monogram is shown on a pre-1962 matchbook and on end of entrance canopy shown on postcard, above.