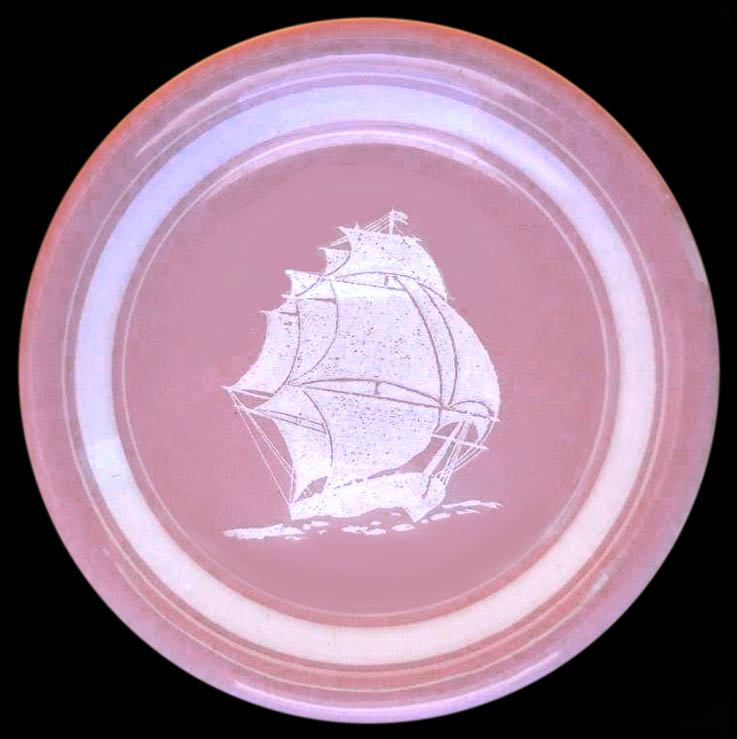 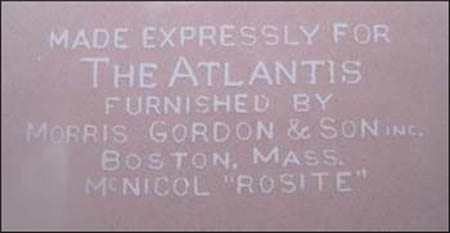 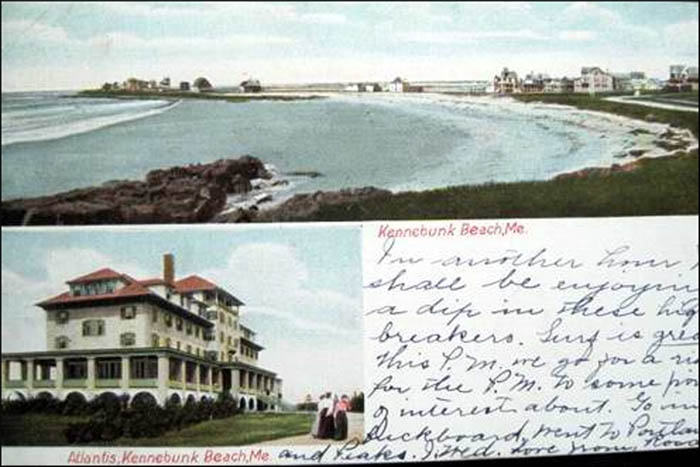 Notes: The Atlantis Hotel was one of the largest built along Kennebunk Beach, Maine in 1903. The hotel was designed and built by Lewis Killiam in the Spanish Mission Colonial Revival style. The five-story, 80-room structure was one of Maine's great oceanside hotels, until it was razed in 1967.

McNicol China ROSITE dusty rose & white clay body with three white lines along the rim and a full-sailed clipper ship in the well.

For the same McNicol China pattern with a different backstamp: Cliff House