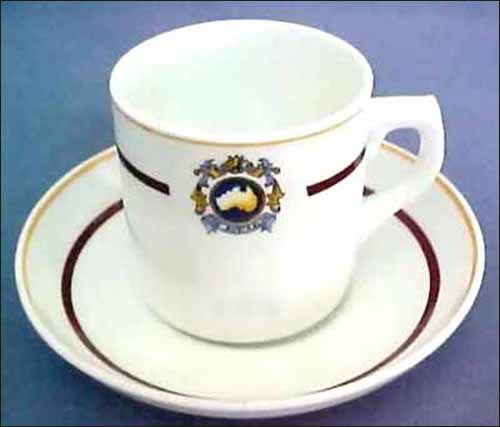 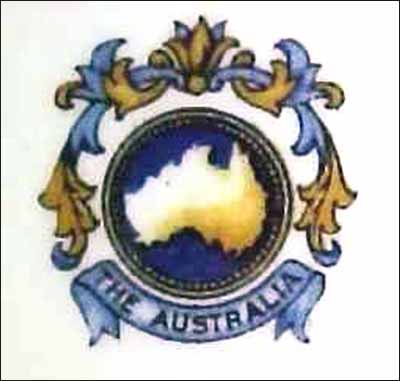 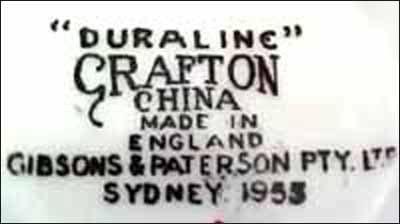 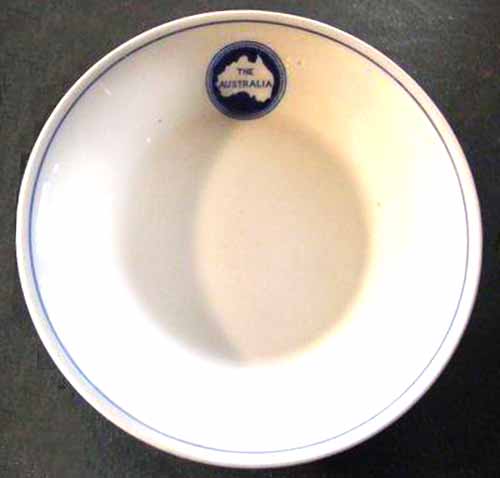 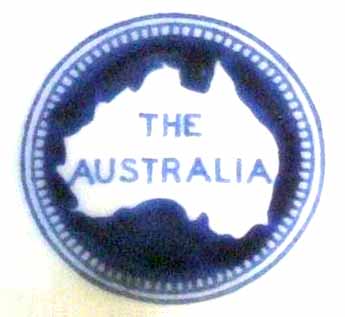 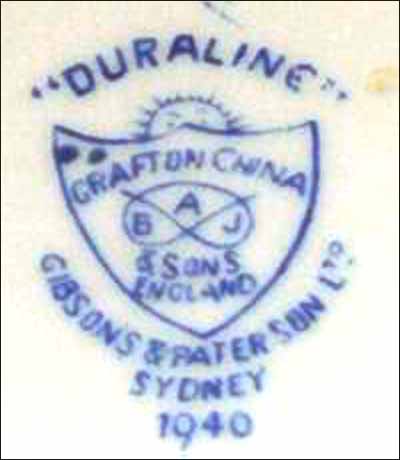 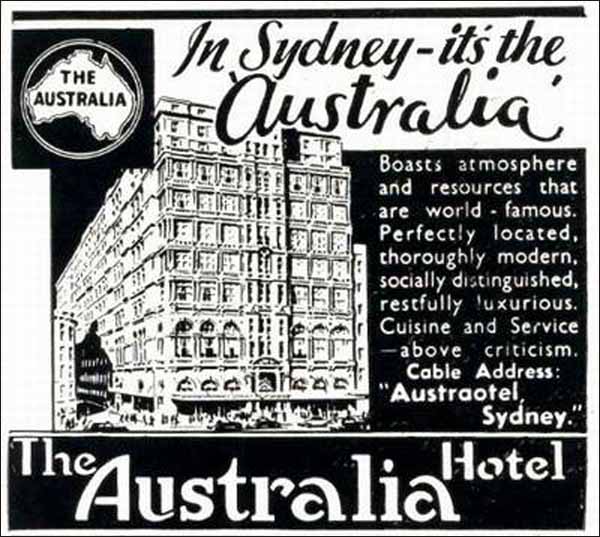 Notes: The Hotel Australia – usually just referred to as The Australia – was considered the best hotel in Sydney for many years and was located in Castlereagh Street near Martin Place (later extended into Martin Place) in the commercial part of Sydney, Australia. The hotel opened in 1891 and closed in 1971. Sarah Bernhardt was the first guest in 1891, and over the years, many famous people stayed there, including Mark Twain, Richard Tauber, Zane Grey, General MacArthur, Vivien Leigh and Gary Cooper. The hotel was also very popular with American servicemen in World War II. In 1970, the Lend Lease Corporation purchased the hotel company and later demolished the hotel, replacing it with a modern insurance building.

There are at least two hotel china patterns as shown below: one in blue from before the war featuring the Hotel's trademark map of Australia and the more elaborate, multi-colored post-war map pattern with scrolls and a banner. Notice that the map of Australia does not include the island state of Tasmania, a source of great bitterness for Tasmanians; it was very common to leave them out of badges, maps etc., in those days. In 2002, this pattern was also used by at least one restaurant on the north coast of New South Wales.

Apart from Grafton China, other suppliers (all English) included the Grindley Hotel Ware Co. and John Maddock & Sons. Gibsons & Paterson were the distributors for much of the imported china; unfortunately, this company ceased trading in about 1990 and its records were dispersed.

For additional information about the history of the hotel, see Pub Splendid: the Australia Hotel 1891-1971 by Carl Ruhen, published in 1995 by John Burrell in association with Murray Child & Co. It says very little about the china used, but gives a vivid portrait of the hotel's life. The book does mention that in 1947, 12,000 demitasse cups were smashed.

Information about The Australia provided by Richard Milne