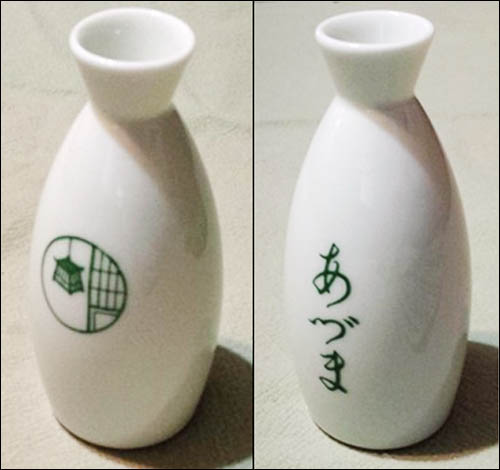 Notes: The Azuma Sukiyaki House was located in a former "tied" saloon house built at 5120 N. Broadway in Chicago. The Azuma House, debatably Chicago's first Japanese restaurant, was a restaurant and lounge specializing in Japanese cuisine. It offered a tea garden setting as well as Western-height table settings.

It closed in the 1980s, but the building is now owned by the South-East Asia Center. The building, built in 1904 and expanded in 1935, has been designated since 2011 as a Chicago architectural landmark.

White body with green logo and script on front and reverse, respectively. Logo is of a circle in which a Japanese hanging lantern is seen next to a traditional Japanese wall done in their distinctive architectural style.