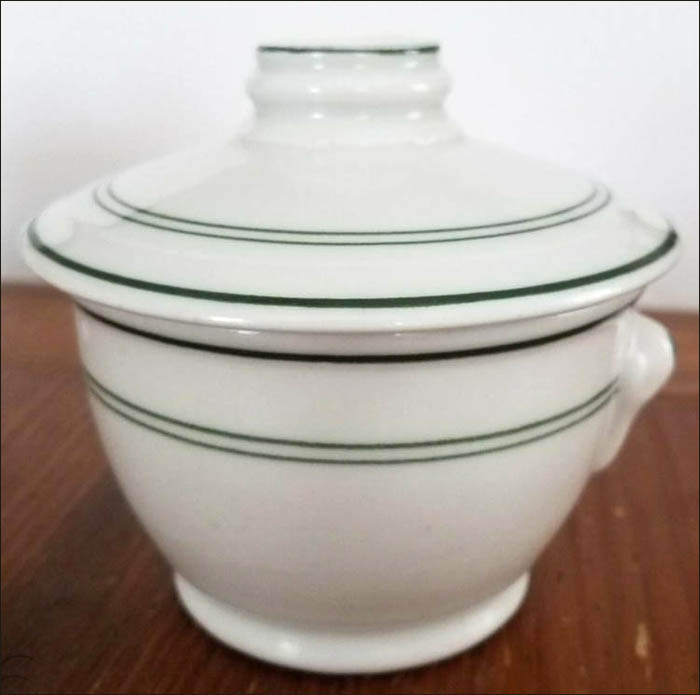 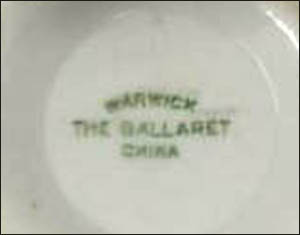 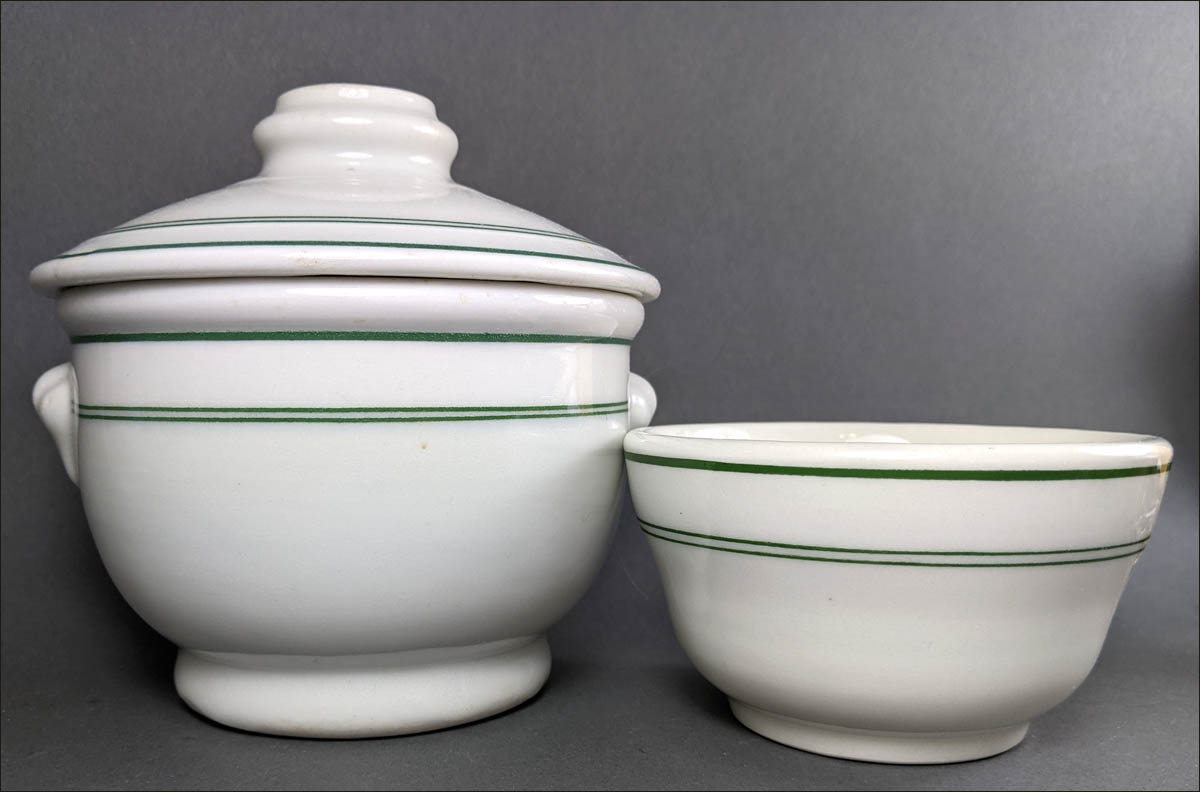 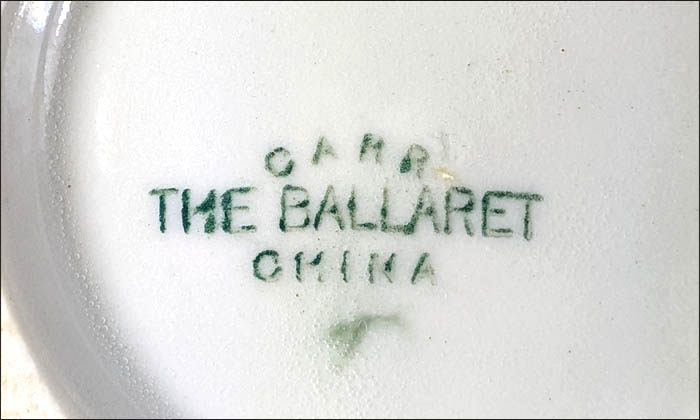 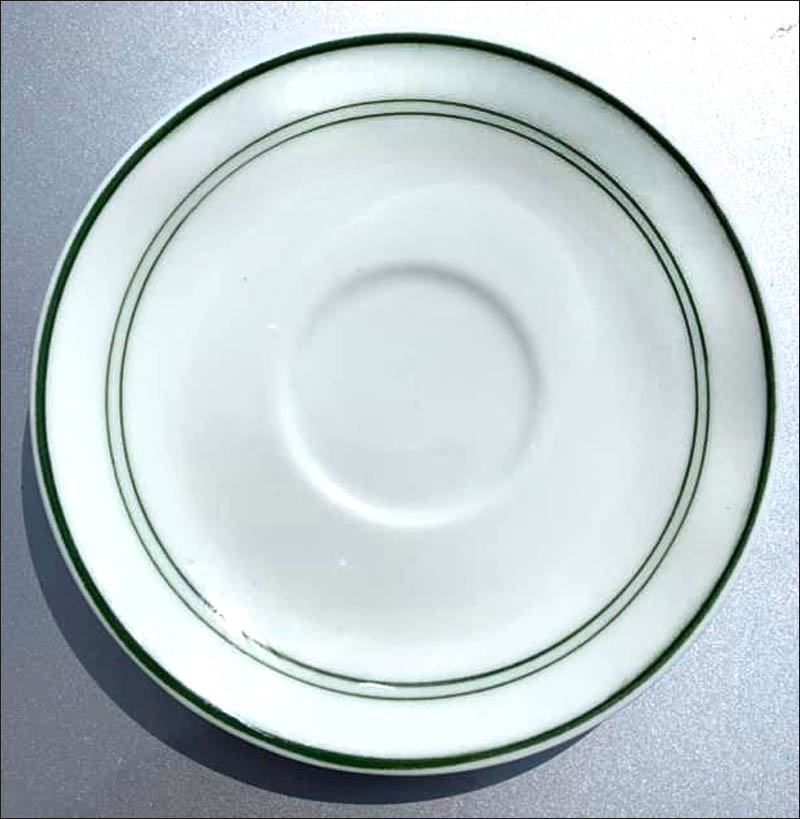 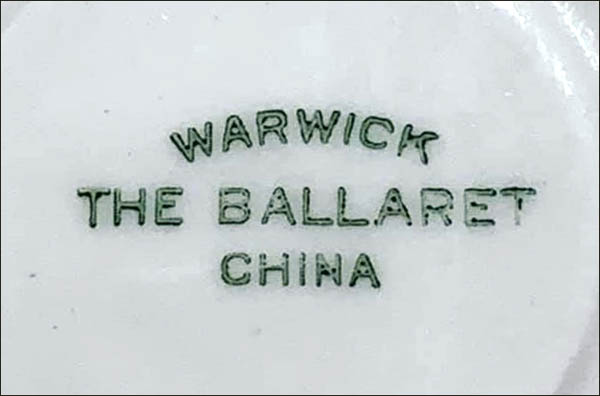 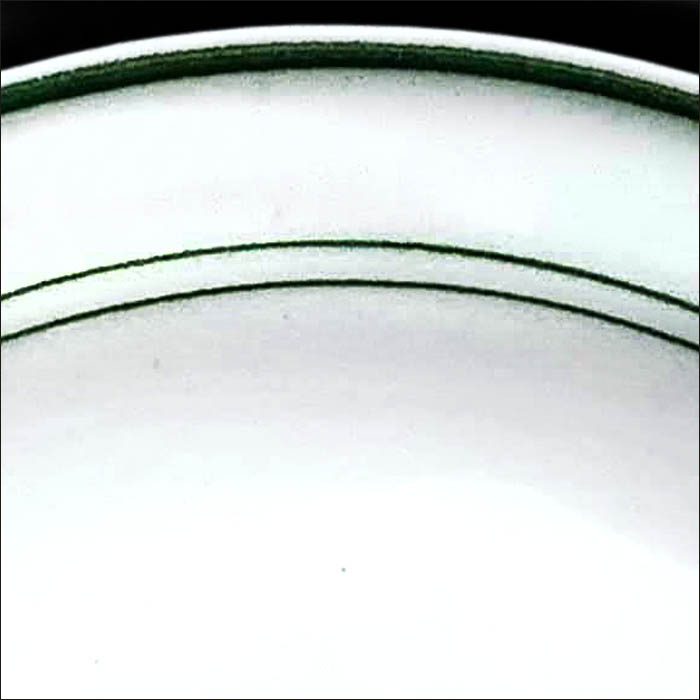 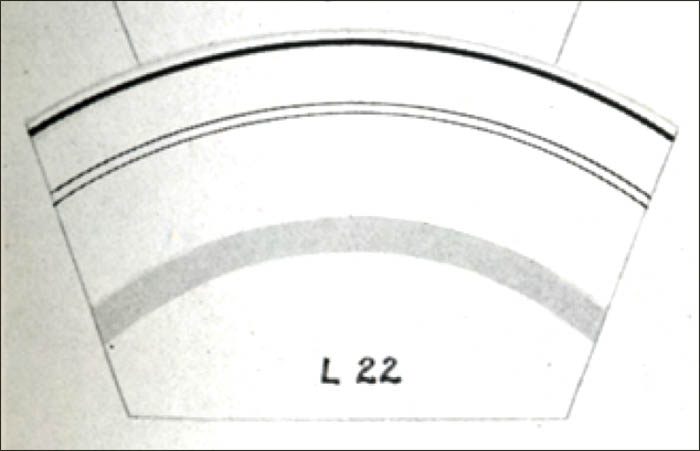 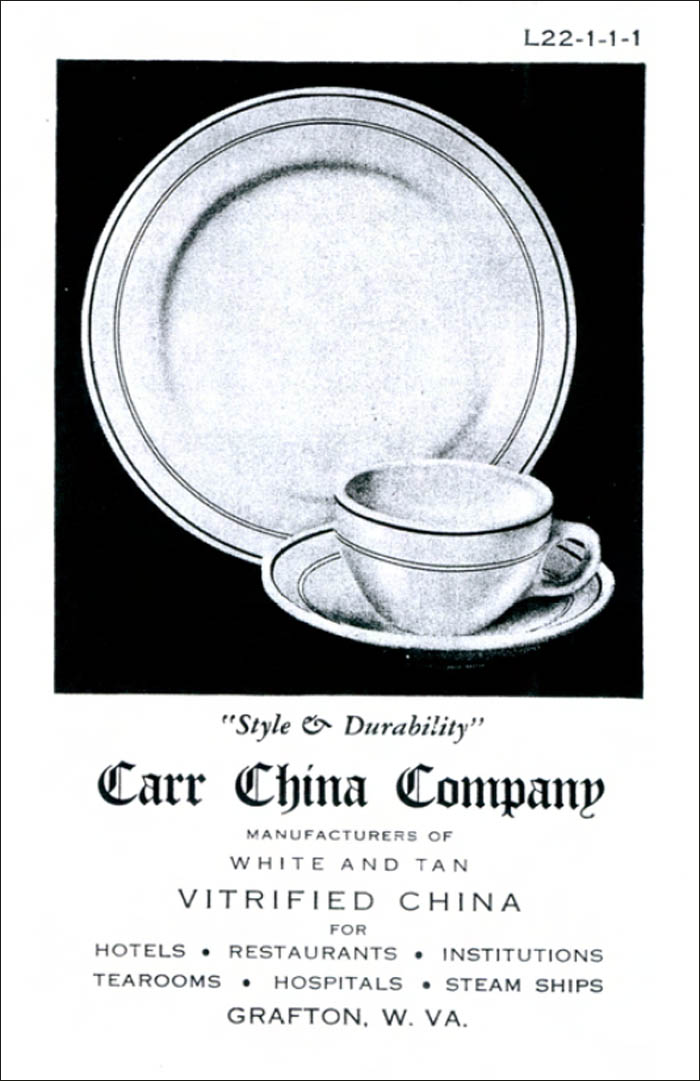 Notes: The Ballaret is an enduring mystery among we restaurant ware collectors who happily specialize in the minutiae of the patterns. It is a name found backstamped on plain white china with three dark green lines, one at  the rim – approximately 1mm thick – and two more narrow lines set close together about 12-14mm away from the first (approximately 1/2 inch). The two lines and the space between them measures about 2mm.

It has been found rarely topmarked in green, but always with the same three-line configuration (identified in both the 1934 and 1946-47 Carr China catalogs as L-22.

The backstamp dates are an educated guess, especially for Carr, because there is not a known time frame for this arced backstamp, but with its lack of either the United States or Grafton, W.V., it seems to point to very early use in the plant history. In addition, one of the known topmarks was a monogram on the side of a footed bowl that interrupted the two narrow lines, but those lines ended on either side of the monogram with curlicues – a design element often associated with the 1920s.

For Warwick, an arc backstamp was its first known, making the 1912-circa 1920 date seem likely.

In spite of periodic searches for any school, restaurant, hotel – or any venue – with the name The Ballaret, nothing has turned up yet. So we're referring to this as a a name for a numbered line treatment that very curiously was used by two competitors located about 100 miles apart. One possibility is that a distributor ordered this decoration from both companies and branded it for their own customers as The Ballaret pattern, whether ordered from Carr or Warwick. More research is clearly needed.

To muddy the waters even more, seemingly the same green line treatment has been found on the same white ware, but with The Harvard as a backstamp on Carr China with the addition of Fisher, Price & Co. Philadelphia. Again, these two unusual names might point to a branding of this style on the part of the distributor.