IDwiki » All Contents » B » Bally's Grand 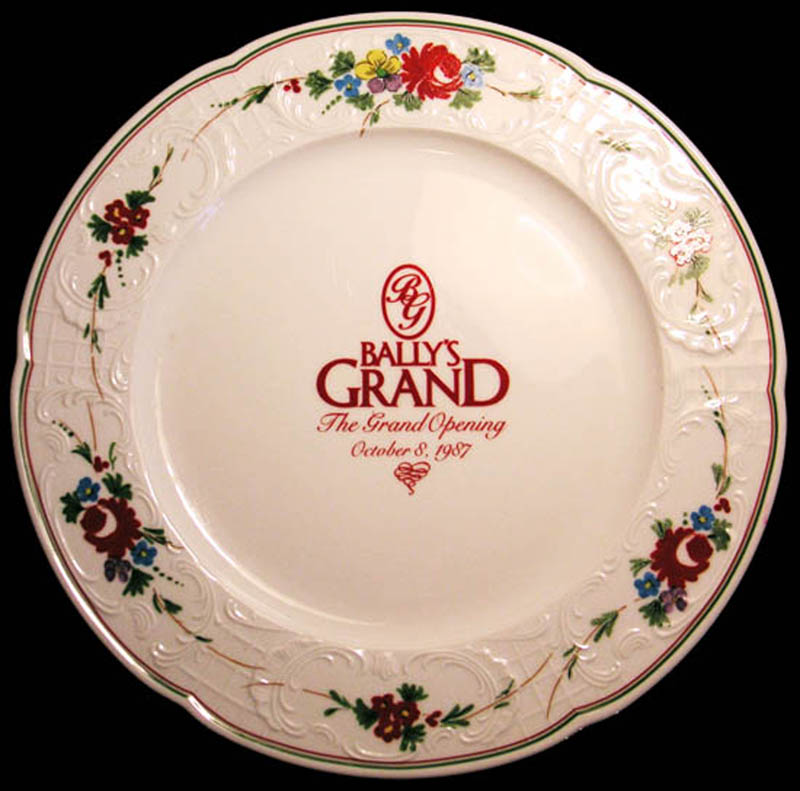 
Notes: Bally's Casino was built on the site of the former Marlborough-Blenheim Hotel in Atlantic City, New Jersey. Phase I opened in 1979 as Bally's Park Place Casino-Hotel. The former Hotel Dennis was used as the hotel part of that complex. Phase II of the project was a 37-story tower containing 750 rooms and it opened Thursday, October 8, 1987 as Bally's Grand.

For the opening dinner, Bauscher China produced an 11 7/8" service plate which the guests were invited to take home as a souvenir of the event. The border on this plate contains a raised molded scroll and trellis design. The applied overglaze on this piece is a seven-color floral spray pattern, that uses a silk screen process rather than a decal.

It is not known whether this same border design was used on the other pieces in this china service.