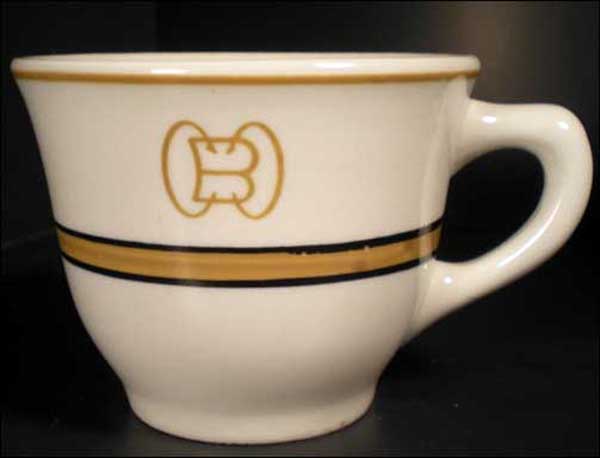 
Notes: Baltimore Country Club is a private club, originally founded on Jan. 12, 1898 in Baltimore, Maryland. It currently has two locations: the first at Roland Park – damaged twice by fire early in its history – and the second in the north suburb of Lutherville.

The design includes an amber or gold line at the rim and a wide amber or gold band surrounded by two black lines. In between is the gold BCC monogram of the club, a B surrounded on each side by a C. The C on the right is backwards, and both letters intersect the B, forming distinctive ears. Initials BCC in the topmark design order of CBC.

Other known manufacturers of the design are Shenango, Maddock and Carr.