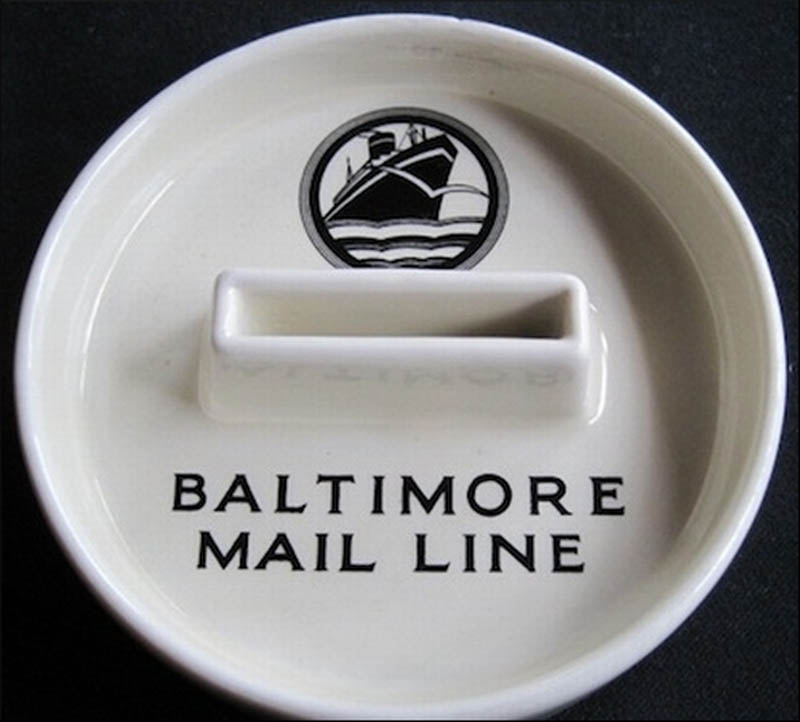 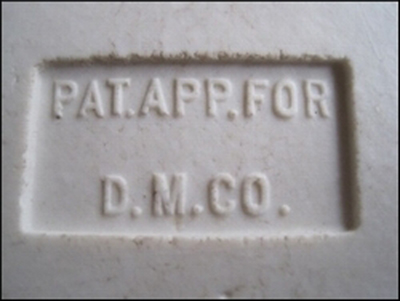 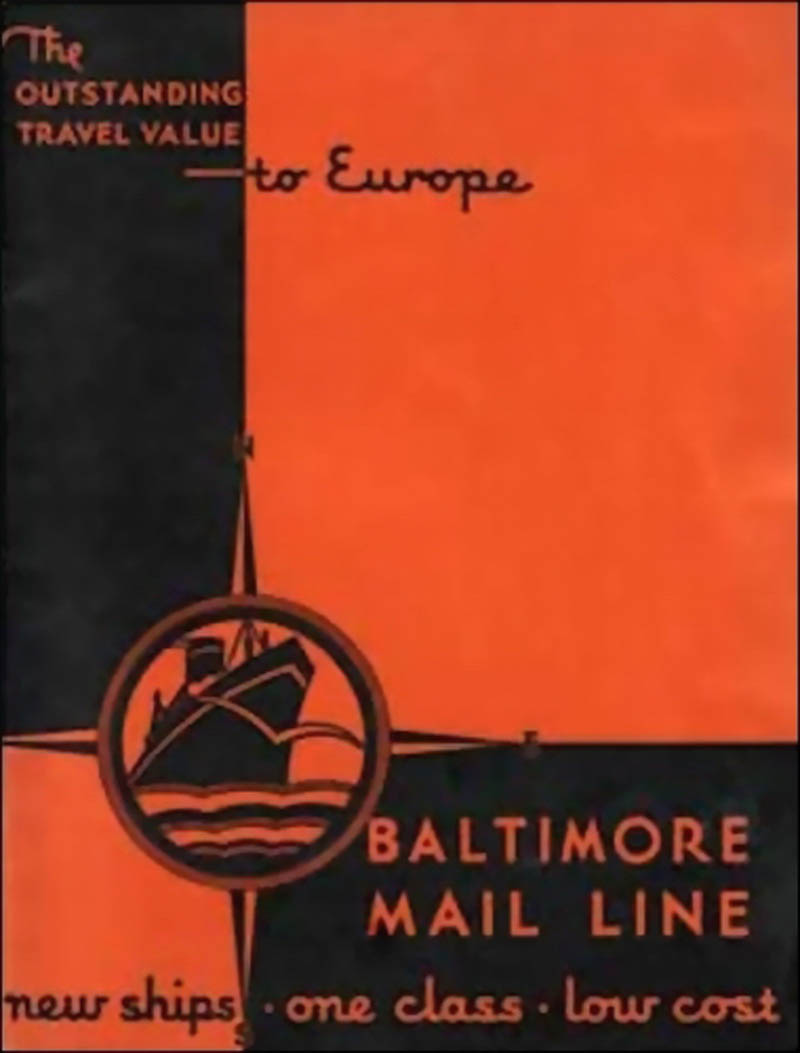 Notes: According to the Gjenvick-Gjønvik Archives, the Baltimore Mail Line (Baltimore Mail Steamship Company) was primarily a mail service that also carried a limited number of passengers (passenger capacity was about 80 Tourist Class). They operated regular weekly service between the United States Ports of Baltimore and Norfolk to the European Ports of Le Havre, France and Hamburg, Germany.

Their Fleet of Five ships, all built in 1918 as freighters of the Eclipse Class were rebuilt into 83-passenger / cargo combination transatlantic ships for the newly-formed Baltimore Mail Line. The Fleet, capable of a speed of 16 knots, consisted of the City of Baltimore, City of Norfolk, City of Havre, City of Hamburg and City of Newport News. The single class liners offered staterooms with outside exposure, hot running water and Simmons beds.

Click here to view ephemera such as the 1930s Brochure of the Baltimore Mail Line. Click here to view the patent ashtray design by Alexander Jason Denisoff of Ardsley, New York for the Diamond Match Co., of Baltimore, Maryland, dated January 3, 1933.

Ivory body matchstand, 4.4" at base with a concentric circle logo of a Clipper hull steamship with waves and a seagull. Baltimore Mail Line below. All decoration in black.