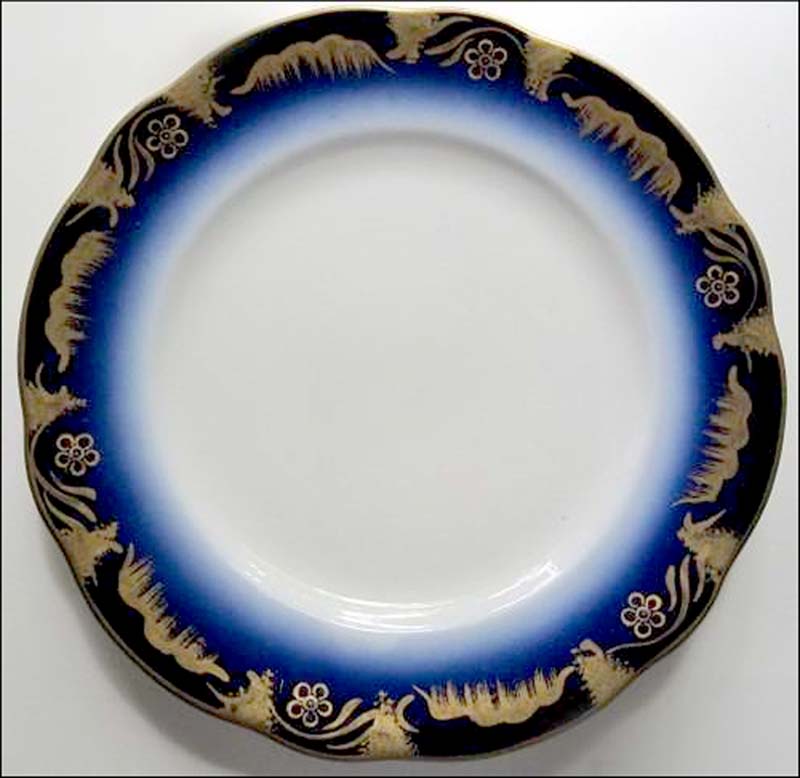 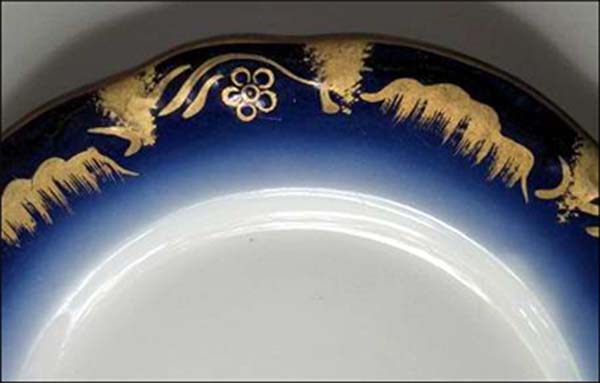 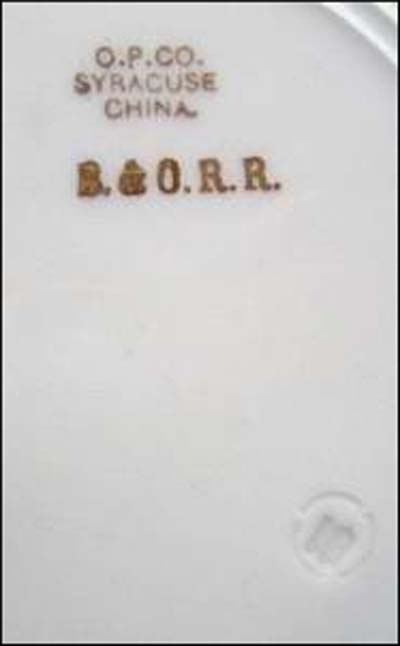 Notes: A stock pattern that was customized with the Baltimore & Ohio Railroad (B.& O.R.R.) backstamp, this china was used on The Royal Blue, which was the Baltimore and Ohio Railroad's flagship passenger train between New York City and Washington, D.C. The Baltimore-based B&O also used the name between 1890 and 1917 for its improved passenger service between New York and Washington, collectively dubbed the Royal Blue Line.