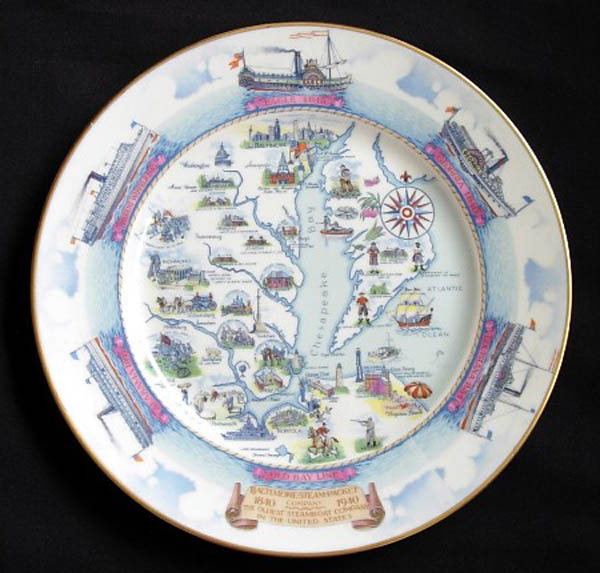 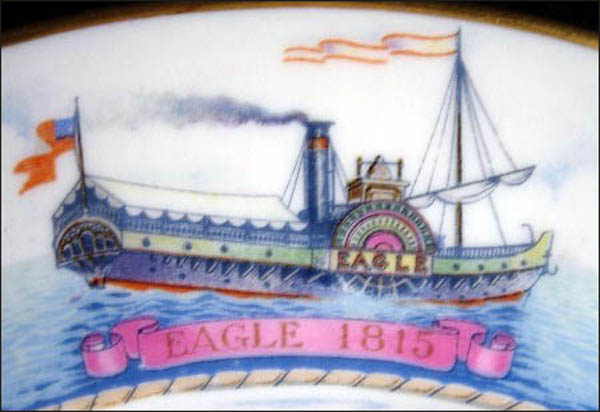 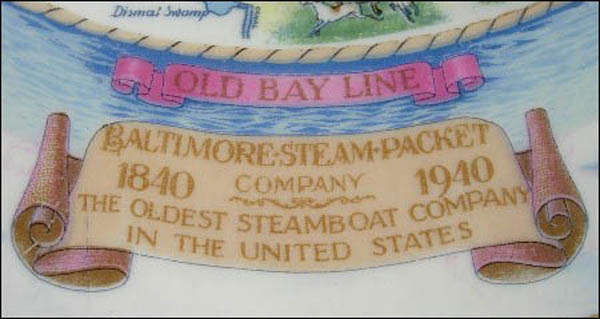 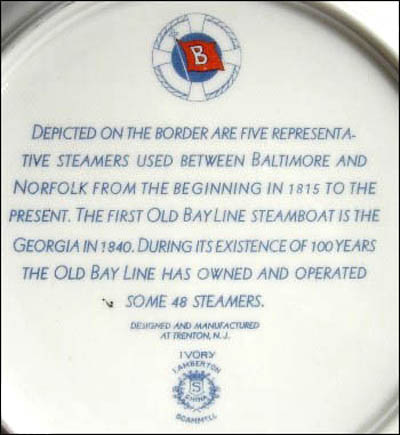 The plate was manufactured for the 100th anniversary of the line. It features a detailed map of Chesapeake Bay with some of the historic houses along its shores as well as historic events such as Civil War battles. Representative steamers on the water encircle the rim.