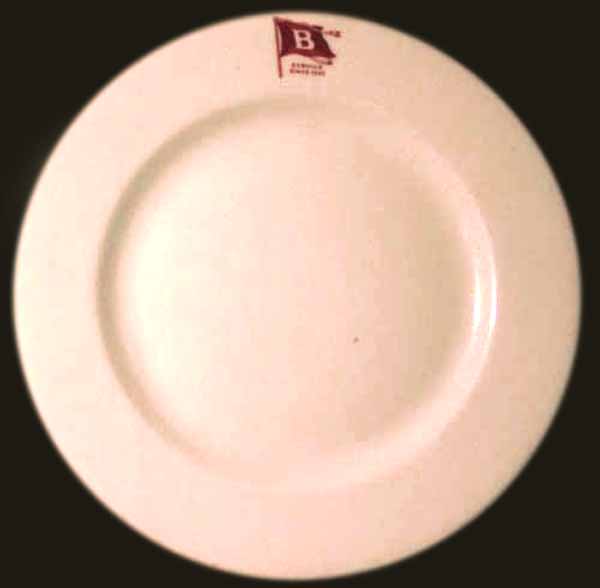 Ivory body topmarked with brown house flag consisting of a B with Service Since 1840 below.